How to recognize sweet birch. Our birches have simple leaves, cordate at base,  that are alternately arranged and toothed, with teeth more numerous than the veins. Sweet birch is a tree with cherry-like (as if with burnt potato chips) bark and twigs with a wintergreen odor. 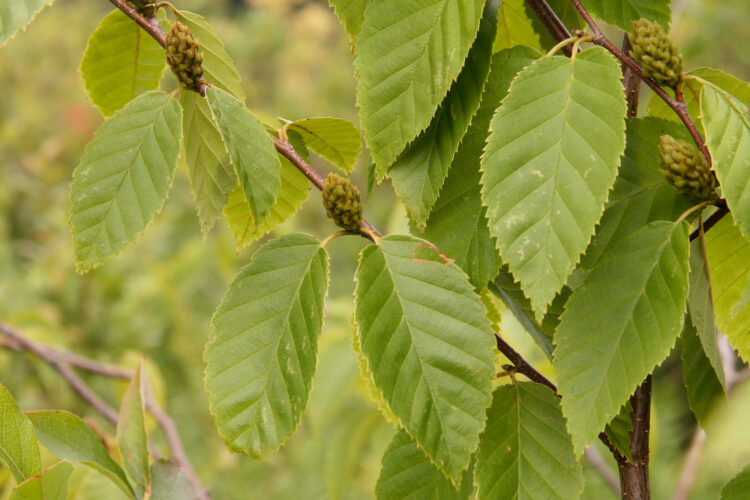 Flowers and fruits. Birches are monoecious, producing unisexual flowers, both types on the same tree. Unlike most other catkin-bearing forest trees, which have only the male flowers in catkins (the females are in few-flowered clusters), birches have both male and female flowers in catkins. Below, see a non-native European weeping birch, Betula pendula, in flower, showing the two types of catkins. 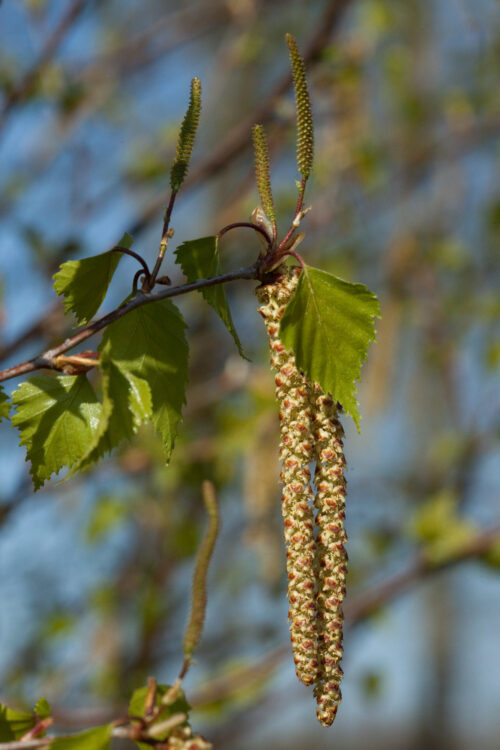 Bark. Sweet birch bark is dark and peels of in small squarish patches, an appearance similar to black cherry. (This distinguishes it from the other upland tree birch, yellow birch, Betula allegheniensis, whose bark is yellowish and exfoliates in thin curling sheets.) 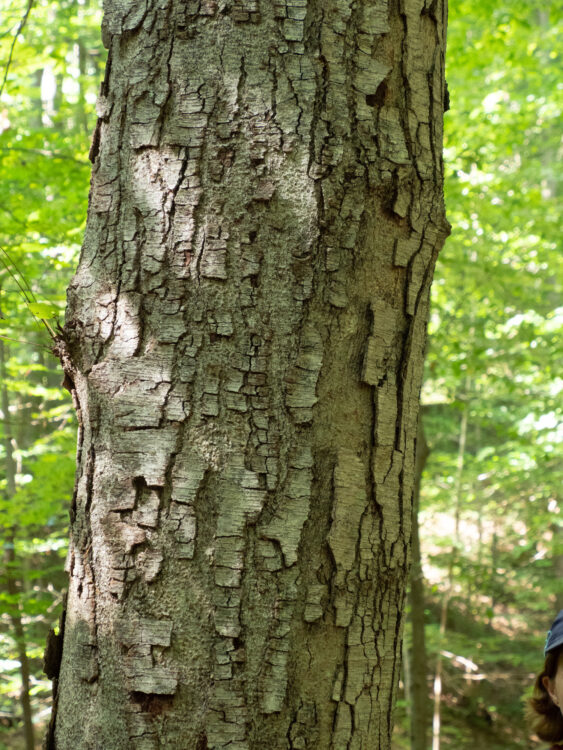 Where to find sweet birch. E. Lucy Braun, in The Woody Plants of Ohio (1961, 1989; The Ohio State University Press) tells us that this species is “A tree of the Appalachian highland, ranging from southern Maine and the St. Lawrence Valley southward to Georgia and Alabama. In Ohio, it is local in distribution, principally in a band along the hilly western margin of the Allegheny Plateau, where it grows on ravine slopes….The bark resembles that of wild black cherry, hence the name cherry birch. This character and the pronounced wintergreen flavor of the twigs serve to identify this species in the field. Birch oil, distilled from twigs and small branches, is a source of wintergreen flavoring. Black birch is not a desirable common name for this species as it sometimes results in confusion with river birch, Betula nigra, whose specific name means black.” 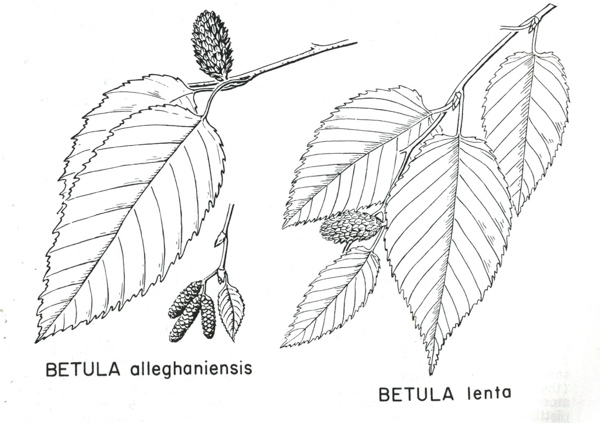 Sweet birch is on the right.

What family do birches belong to what are the other Ohio plant genera in that family? (Common names OK; pick two.)

Birches are in the Betulaceae, along with alders (genus Alnus) , hazelnuts (Corylus), eastern hophornbeam (Ostrya) and American hornbeam (Carpinus).