How to recognize sassafras. The leaves are large, alternately arranged and variously entire (oval), or 2-3 lobed, often mitten-shaped, with smooth margins. 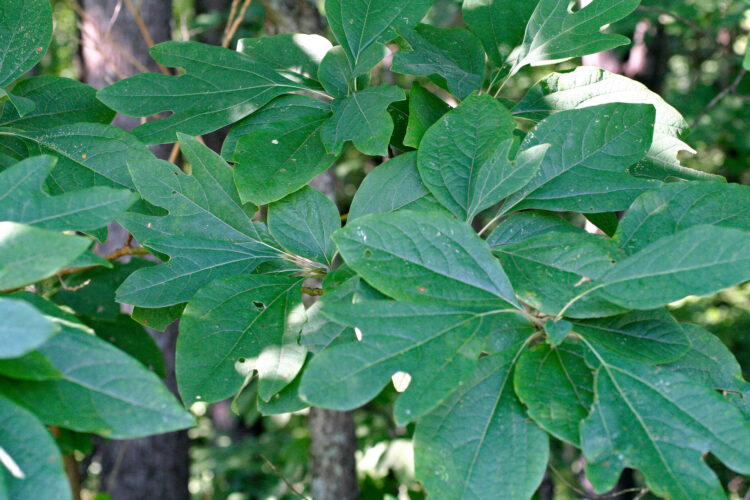 Bark. Sassafras bark is rough, red-brown, and deeply furrowed. Like all other parts of the plant, the bark is aromatic as well. 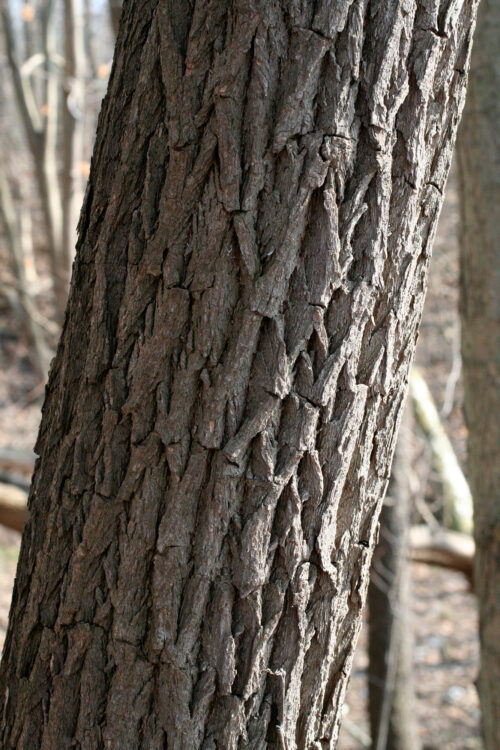 In the winter. Sassafras twigs have a true end bud, scaly ovoid buds atop semi-circular leaf scars. They are bright green and have a side branch forking off the main one, forming a J-shape. They are very aromatic. 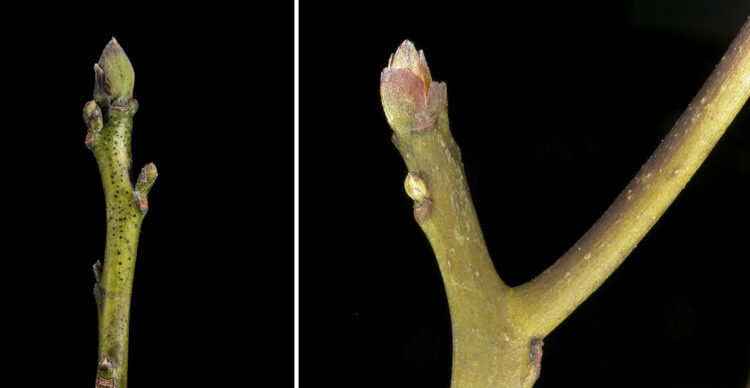 Where to find sassafras. E. Lucy Braun, in The Woody Plants of Ohio (1961, 1989; The Ohio State University Press) tells us that “Sassafras is usually a small tree, with abundant root-shoots, hence may form extensive patches; occasionally 80-90 ft. in height and with trunk diameter of 6 ft.” “Often a pioneer in fields and on open eroded slopes, in poor, usually non-calcareous soils. Found almost throughout Ohio, but infrequent northward and in the calcareous soils of western Ohio. Oil of sassafras, used in perfume soap and as a base for many perfumes, is distilled from the roots. The tree is aromatic throughout. A tea, more popular in the south than elsewhere, is brewed from the roots. An over-dose of the oil may act as a narcotic.” 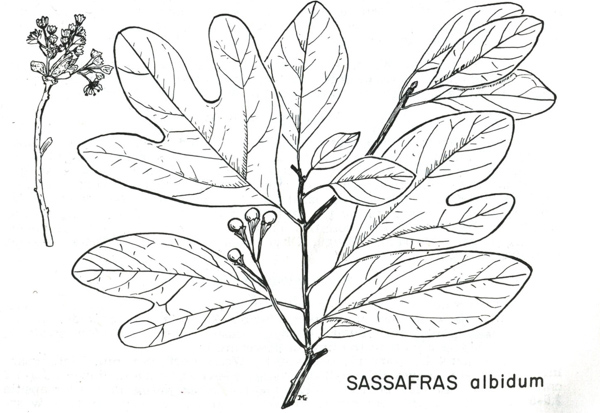 Sassafras was used in traditional medicine and to flavor root beer as an herbal tea, but is not in use much anymore. Why not?

Sassafras contains safrole, a volatile oil, which has been classified as a likely carcinogen to humans, and banned as a food additive by the FDA.

(Apparently however it can still be gotten from online sellers. See below, a screen capture of one such seller. Also haha see what autocorrect did to the scientific name!) 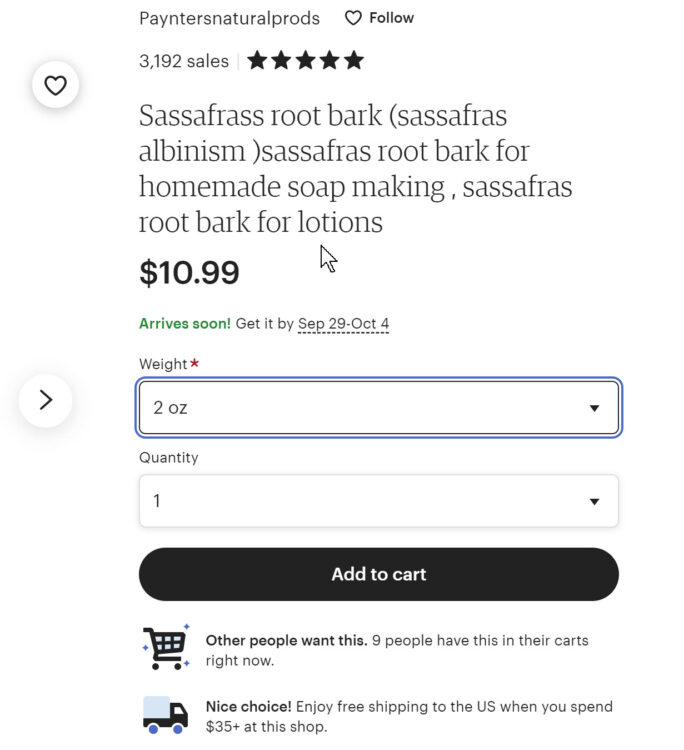