How to recognize spicebush. Mostly by the fragrance, actually–it’s spicy! The leaves (ho-hum) are alternately arranged, simple in complexity, ovate in shape, with entire margins. Plus it’s a shrub. 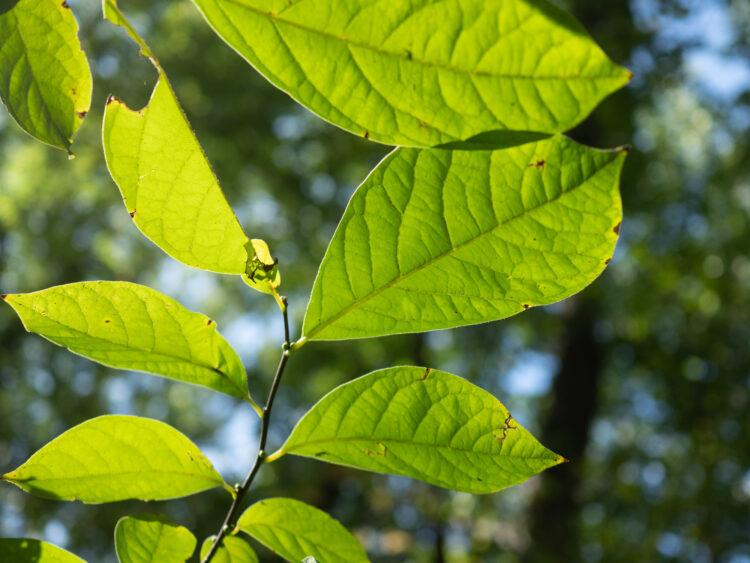 Flowers and fruits. Spicebush (Lindera benzoin, family Lauraceae, of which sassafras is also a member) is an aromatic understory shrub that produces abundant clusters of small yellow flowers in early spring before the leaves emerge. The species is dioecious. At a forest in Delaware County, Ohio, in mid-April 2009, the flowers were being visited by little midges (a type of fly). It is unclear if they were pollinators or incidental foragers on the flowers. Below, see a staminate (male) flower cluster, with midges. 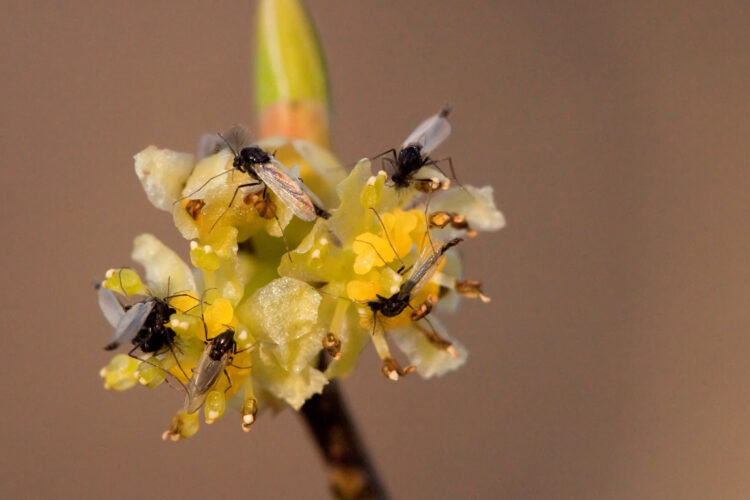 The pistillate (female) flowers have reduced male parts termed “staminoidia” that are barely evident in the picture below. Note the plump ovary in the center of each flower, and the elongate style extending upwards. 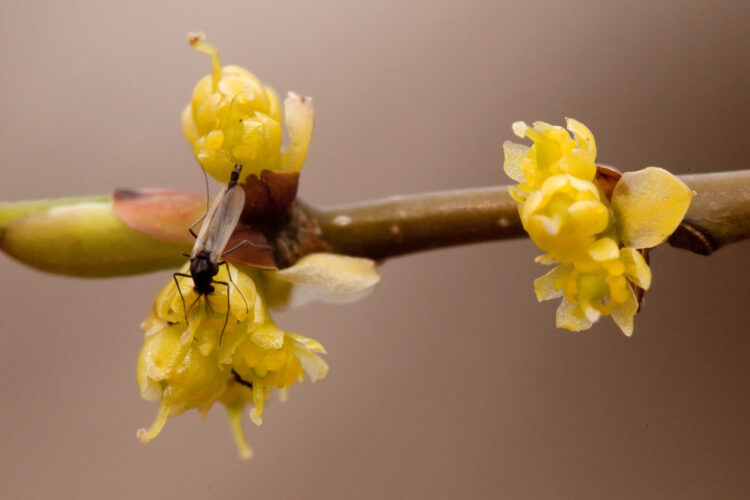 The fruits are about the size and shape of tic-tac mints. Here they are in August before they are ripe. 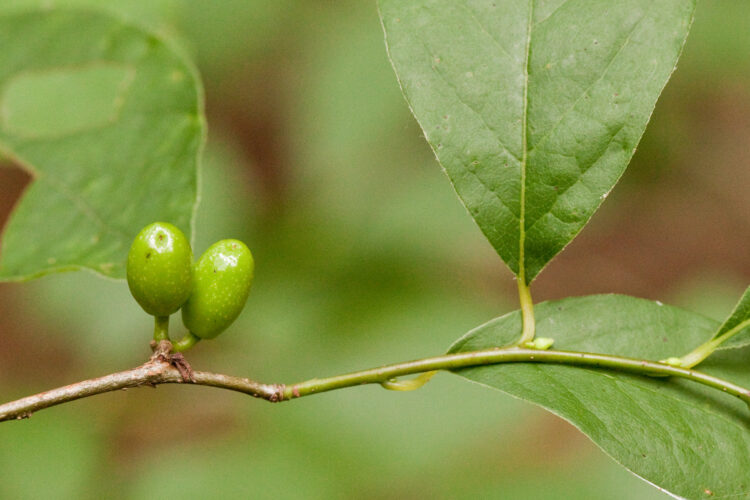 A month later (mid-September) they are ripe, or nearly so. 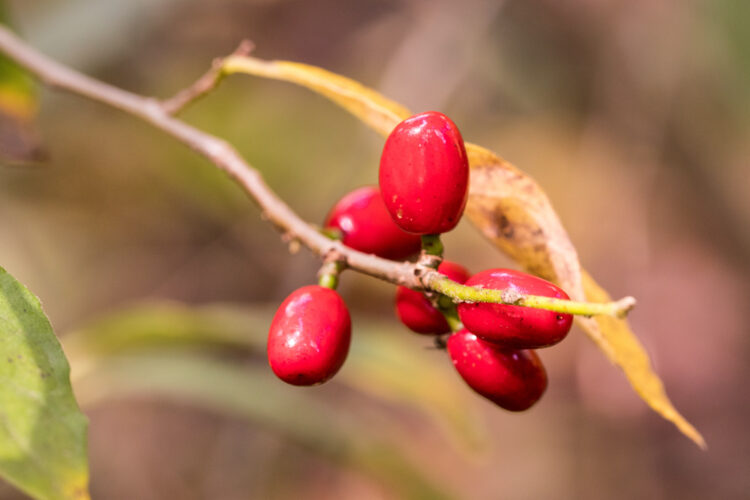 In the winter. Spicebush twigs are thin, with superposed buds–the globose flower buds are situated above the branch/leaf buds. 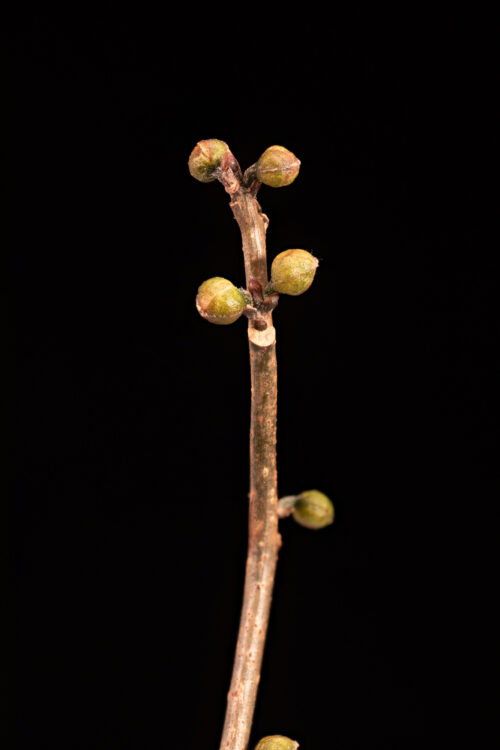 Where to find spicebush. E. Lucy Braun, in The Woody Plants of Ohio (1961, 1989; The Ohio State University Press) tells us that spicebush  is “An attractive shrub of rich moist soil in woods; found throughout Ohio. Killed back severely–sometimes almost to the ground–by extremely low winter temperatures, but sprouting and recovering rapidly.”

Scanned Drawing from an Old Book
Flora of West Virginia, by P.D. Strausbaugh and E.L. Core 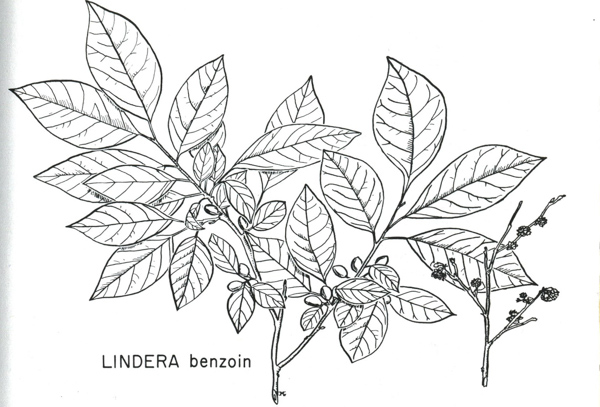 What family is spicebush a member of, and what other spicy woody plant is also a member of it?

Spicebush and the sassafras tree are members of the Laurel family, Lauraceae.