How to recognize sourwood. The leaves of this tree are oblong in shape, alternate in arrangement, simple in complexity, and have margins that are sharply but finely serrate. The autumn foliage is said to be brilliant scarlet. 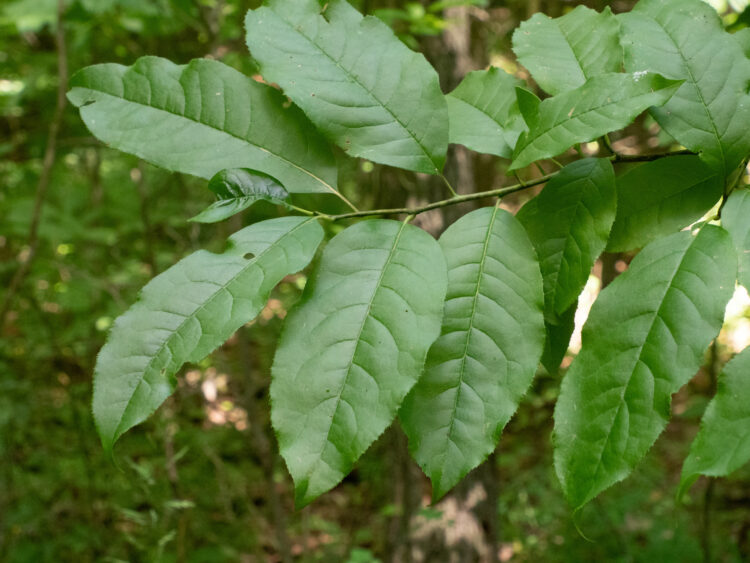 Flowers and fruits. Flowers are individually small, drooping, bell-shaped and white. They are displayed in one-sided drooping racemes (elongate inflorescences with stalked flowers) clustered in groups of about a half-dozen. Bloom time is mid-summer, and they are very conspicuous. 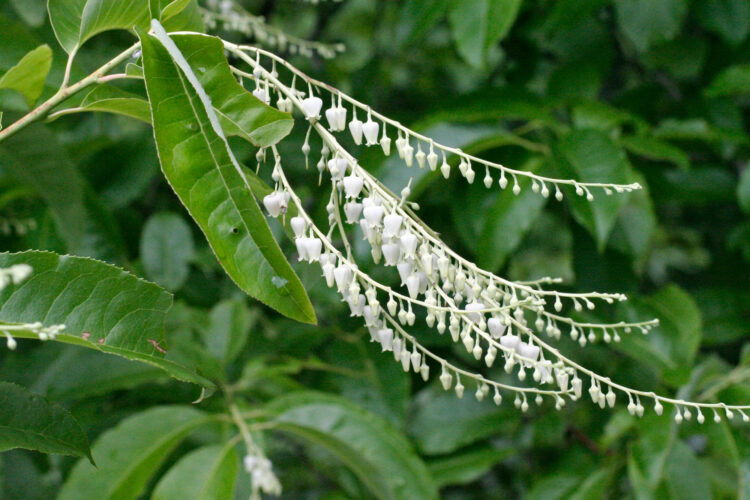 The fruits are grayish capsules (dry fruits that split open to release their seeds). Erect (yes…drooping flowers developing into upright fruits; how cool is that?), they persist in the tree throughout most of the winter. Shed old fruit clusters on the ground are a common way to discover that you are in the vicinity of sourwood trees. 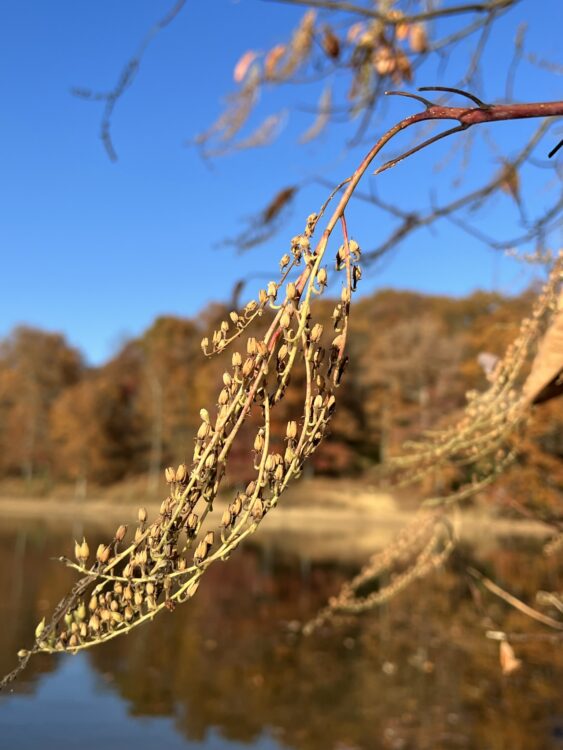 In the winter. Sourwood twigs are thin, with small round leaf scars that have a single (solitary) bundle scar. 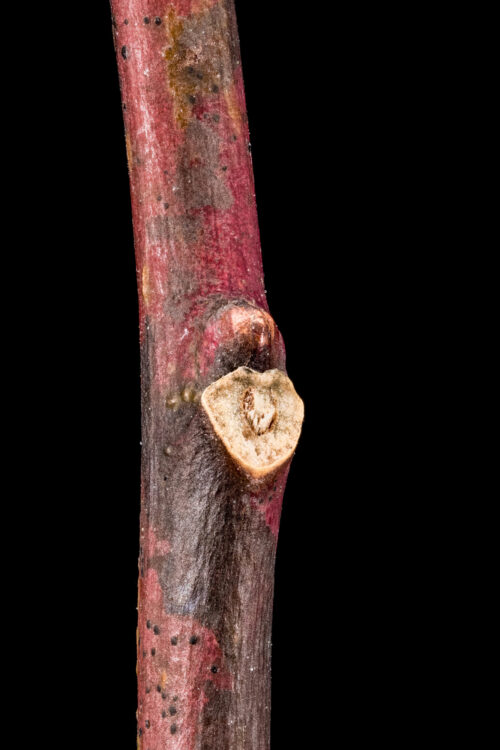 Sourwood twigs have small round leaf scars
with a single bundle scar, appearing as a dot in the middle.

Where to find sourwood. E. Lucy Braun, in The Woody Plants of Ohio (1961, 1989; The Ohio State University Press) tells us that this species is “In acid soils of oak and oak-chestnut communities, and secondary woodlands; most abundant in the Appalachian upland; confined to unglaciated territory or rarely within areas of older glaciation.” 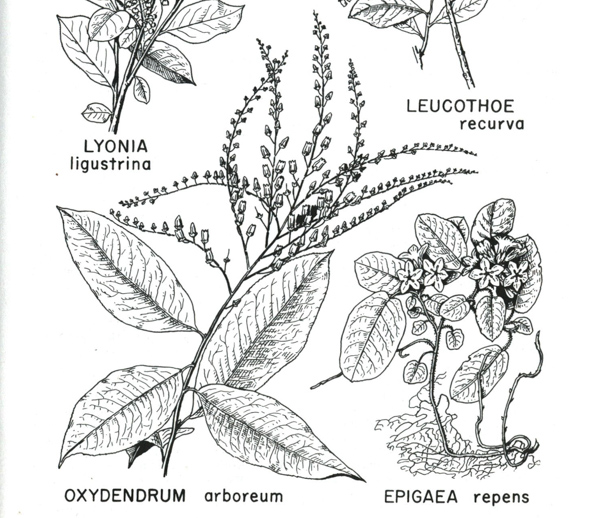 Is there anything special about sourwood from a culinary perspective?

Yes indeed. It’s a well-known honey plant. Sourwood honey is famous. According to a leading North Carolina honey producer (LINK), sourwood “bears a uniquely aromatic, floral honey. Its ultra-light, amber color betrays a soft anise and spice flavor that makes it one of the most distinctive honey in the world.”