How to recognize American chestnut. American chestnut has alternate simple leaves with long sharp teeth running all along the margins. Equal-sided at base, they are broadly lance-shaped, about as wide, but twice as long, as those of its relative and frequent associate American beech (Fagus grandifolia), with which it could be confused. Owing to the blight fungus, it essentially only occurs as spindly shrub-sized sprouts. 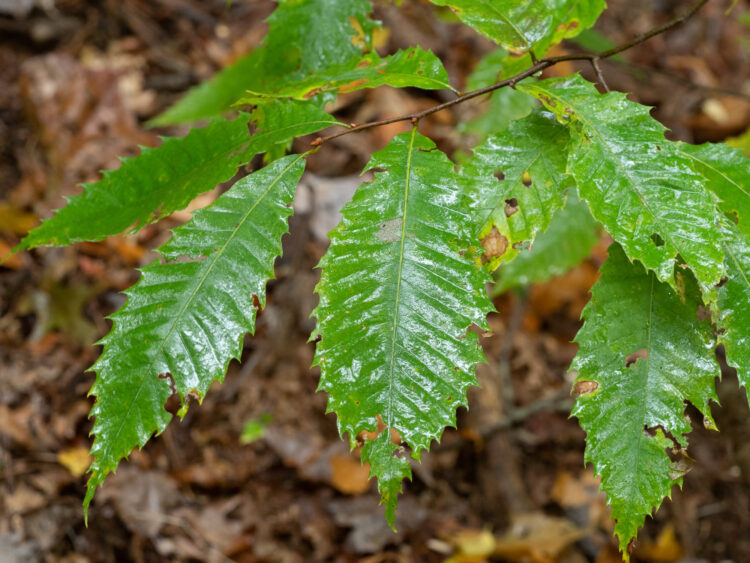 The fungus killed all the stems of mature trees in the early years of the 20th century. The species though has a remarkable ability to produce new sprouts from the bases of the dead stumps. These eventually succumb too as the fungus infects pole-sized trunks, and the process repeats itself as it has for over a century. Below see a typically sized chestnut, including the dead trunk of its predecessor shoot. 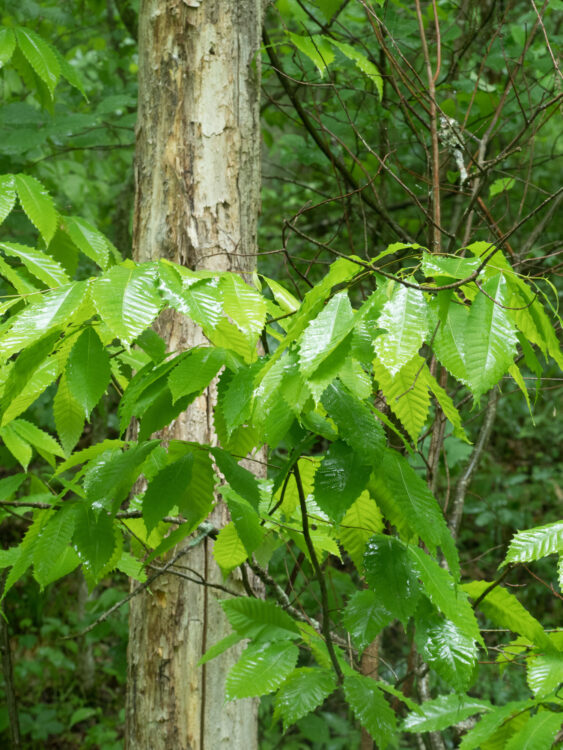 Flowers and fruits. Like all members of its family, Fagaceae (the beech family), Castanea is monoecious. Male flowers are in catkins and females are in small few-flowered clusters. The fruits, which are rarely if ever seen in Ohio, are large prickly burs surrounding 2-4 nuts. 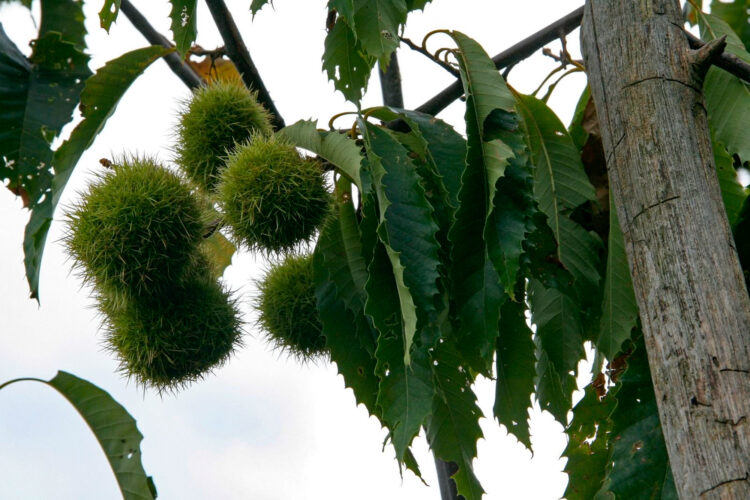 Where to find American chestnut. E. Lucy Braun, in The Woody Plants of Ohio (1961, 1989; The Ohio State University Press) tells us that “Chestnut was a dominant tree of the Oak-Chestnut Forest region, and locally abundant through all of the Appalachian highland and much of the Allegheny Plateau, but ranging locally westward on the Lake plains…Usually a tree of non-calcareous soil, reaching its best development in rich mesic sites.” 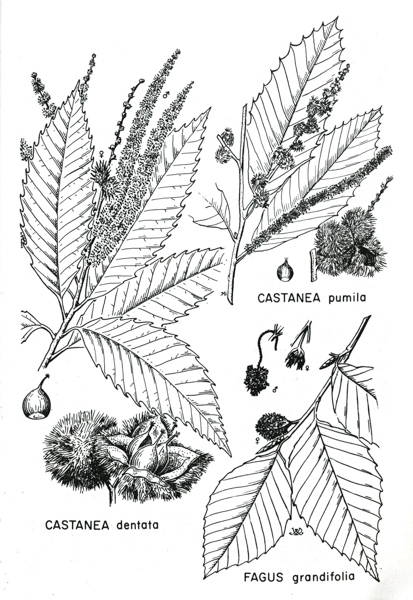