How to recognize mockernut hickory. As members of the walnut family, hickories (genus Carya) have large, alternately arranged, pinnately compound leaves. The number of leaflets is only 5-7 (sometimes up to 9) compared with 11-23 leaflets seen on walnuts (genus Juglans). Mocketnut is a member of the “true hickories” group–the one with bud scales imbricate (shingled), and to which all but one of our species belong. 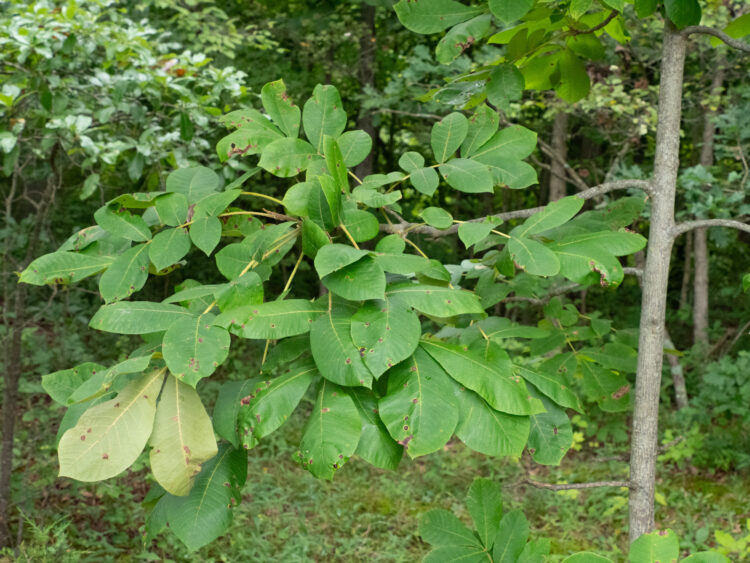 Mockernut stands out by having leaves that are tomentose (hairy) beneath beneath, the basis for the specific epithet tomentosa. The leaves are smaller than those of the more common true hickory, shagbark (Carya ovata). The foliage may be more fragrant than that of other hickories. 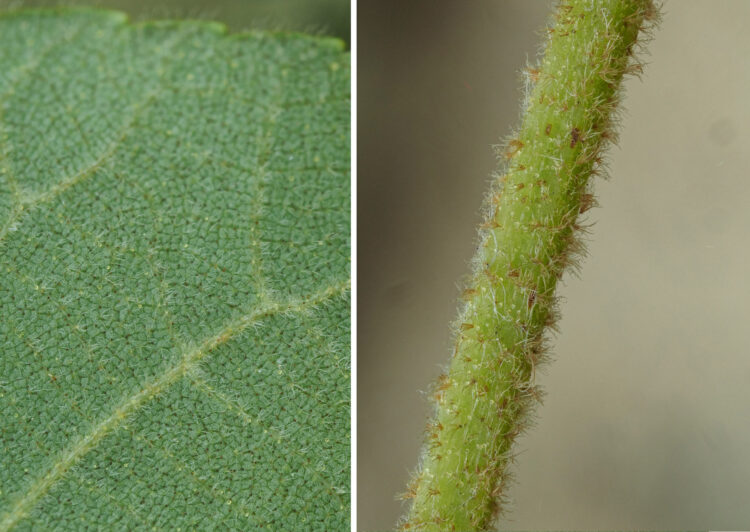 Fruits. The fruits of mockernut hickory are described as having a husk that is thin compared to the other hairy-leaved hickory (shellback, C. laciniosa)–4-5 mm thick versus 8-12  mm thick.”

In the winter. Mockernut terminal buds buds will lose their outer scales; the inner bud scales are yellowish, and silky-pubescent. 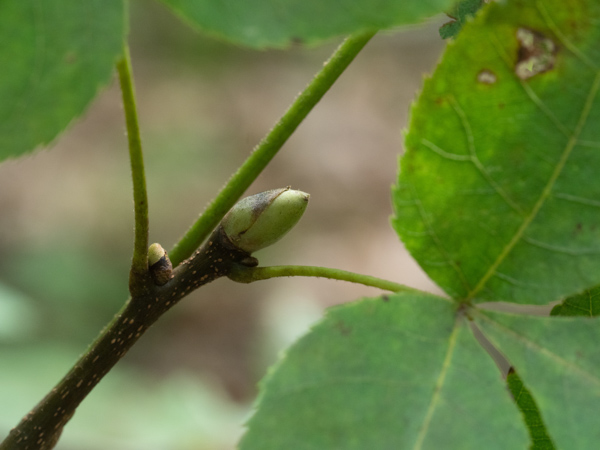 Pignut hickory twigs are hairless, with a large terminal bud showing only the inner scales.

Where to find mockernut hickory. E. Lucy Braun, in The Woody Plants of Ohio (1961, 1989; The Ohio State University Press) tells us that mockernut is “Similar in range to C. ovata, but not extending as far northwestward.” 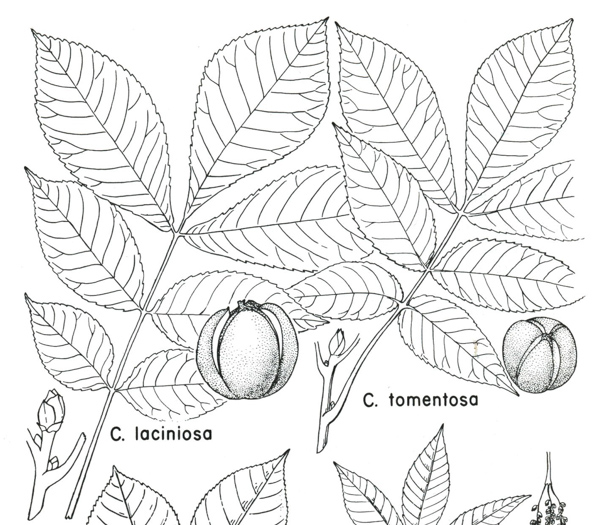 Mockernut is on the right.

Ooh ooh, I have a question.

What is the meaning of the specific epithet tomentosa?

It means tomentose, i.e., densely hairy with a matted or wooly pubescence.