How to recognize eastern larch. In many respects Larix is a typical member of the pine family, with its needle-like leaves and woody cones. 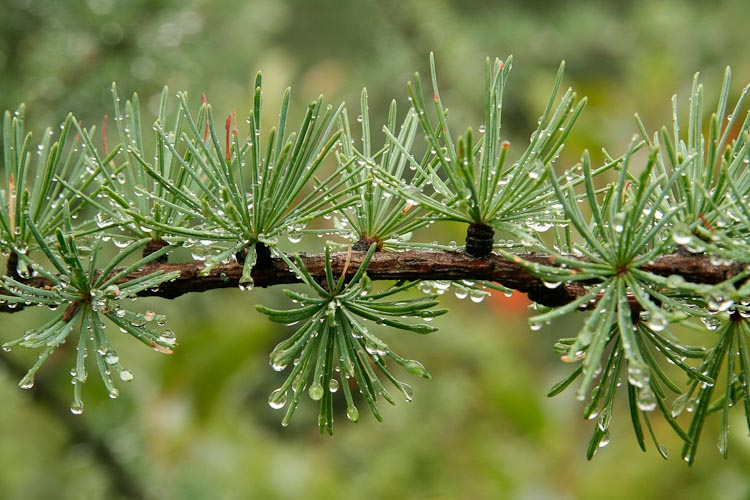 Larch is a deciduous conifer with delicate leaves in fascicles.

However it stands apart immediately by the slenderness of its needles, their arrangement in many-leaved bundles, and the fact that the trees are deciduous, shedding the leaves in autumn. Below, see a larch photographed in a fen in northeast Ohio’s Summit County in a recent early November, with just a few leaves still hanging on. Note that the small cones are upright (erect), an unusual feature in the Pinaceae. 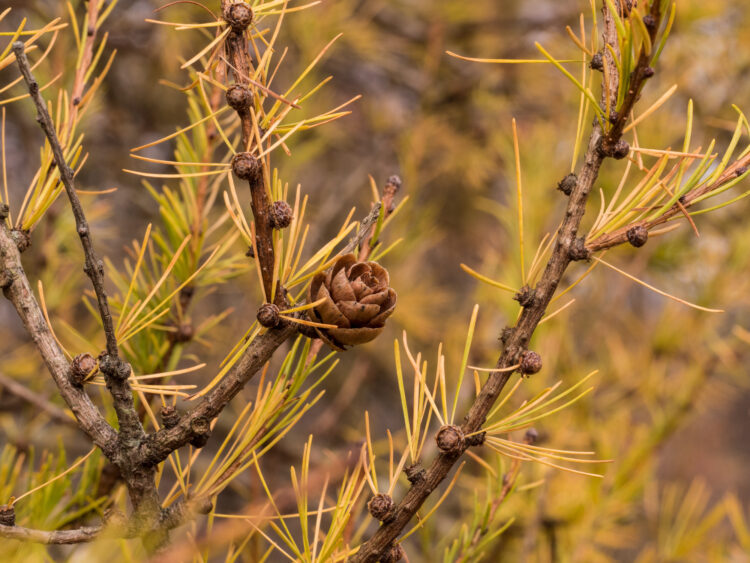 Larch isn’t common in Ohio, which makes this lovely tree even more lovable.

Eastern larch (also called “tamarack”) is principally a far-northern North American species, something of a rarity in Ohio found only in a few kettle-hole bogs and similar saturated acidic or strongly basic (fen) soils in the northeastern and northwestern corners of the state. The photo below was taken in a nature preserve in Summit County, near Kent. 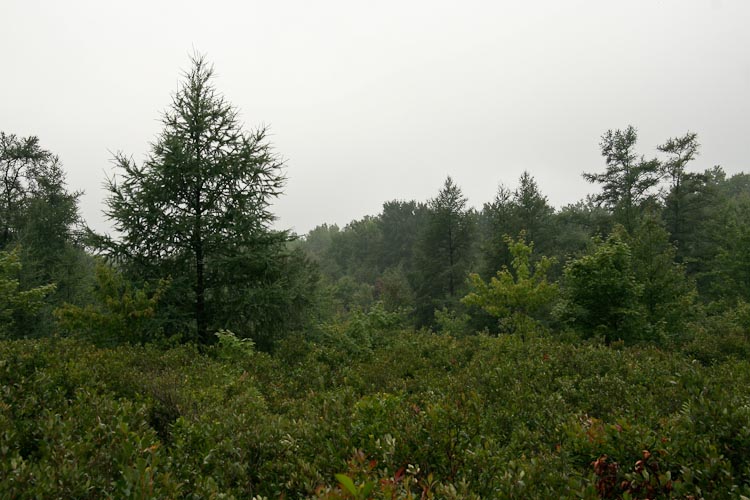 Larch is found in acid bogs, remnants of post-glacial periods. 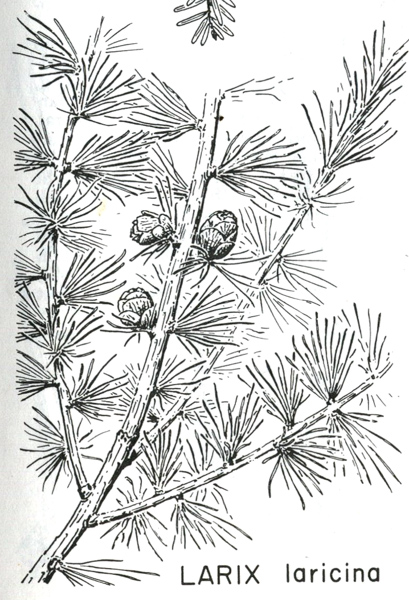