How to recognize spruce. Spruce is not native to Ohio, but certainly occurred here while the glaciers receded. It wouldn’t have been surprising if a few black spruce were to have persisted in kettle-hole bogs alongside larch as they did in neighboring states, but, alas, that didn’t happen. Nonetheless, several spruces are very popular ornamental trees, so most people, while out and about in residential areas, see spruces every day. The most common of these is Norway spruce, Picea abies. It’s the tall dark conifer with the drooping side-branches. 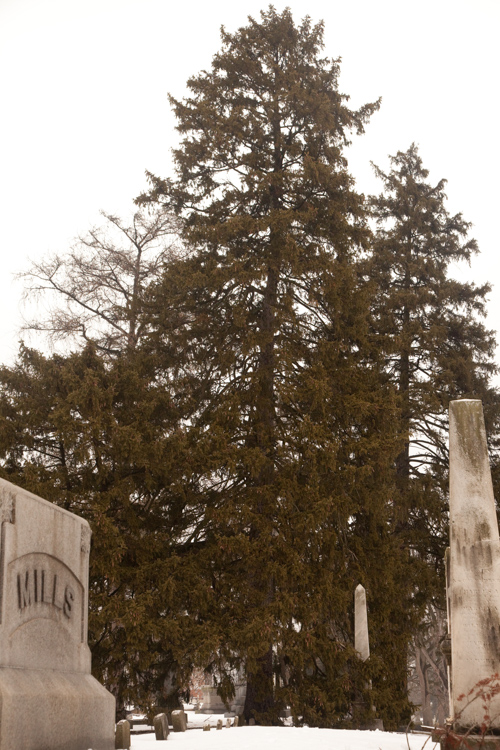 Spruce is distinguished by having leaves (needles) that are attached singly (not in bundles as in pine and larch), and are 4-angled, and sharp! (Ouch!) They are attached to the stem on little woody pegs. 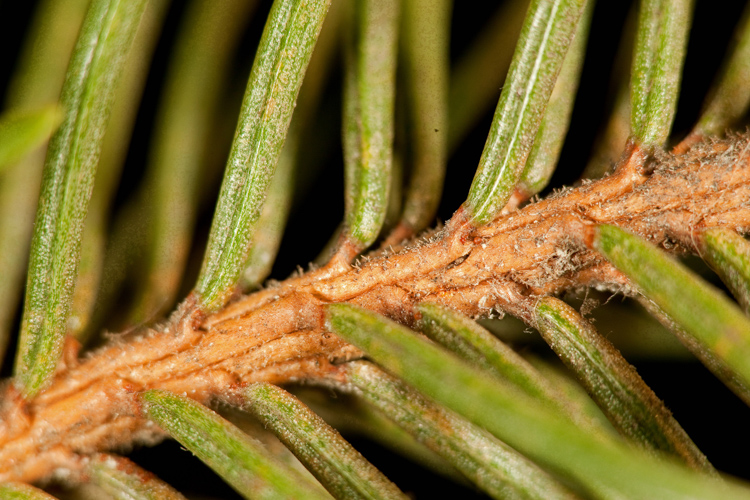 Spruce twigs are attached to the twig on woody pegs (contrast with fir, which has “suction cups”)

Spruce cones are pendant (hanging down). 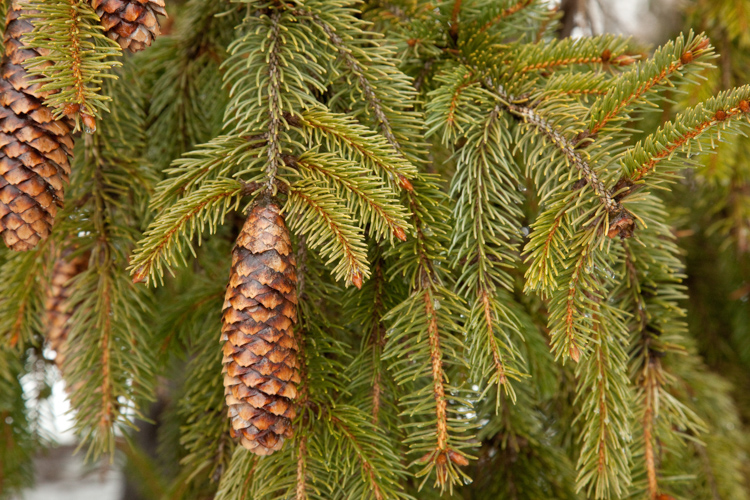 Here’s what a native North American spruce looks like. It’s red spruce, from the mountains of West Virginia. Strausbaugh and Core, in “Flora of West Virginia,” tell us that red spruce is a tree of “Well drained uplands, mountain tops or borders of swamps.” 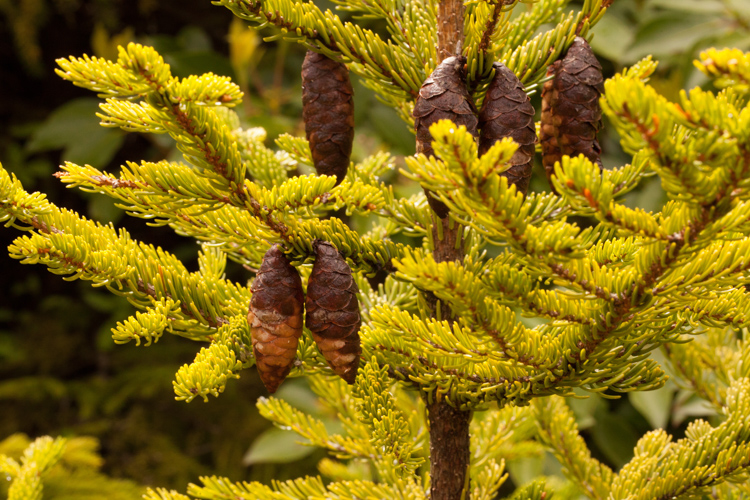 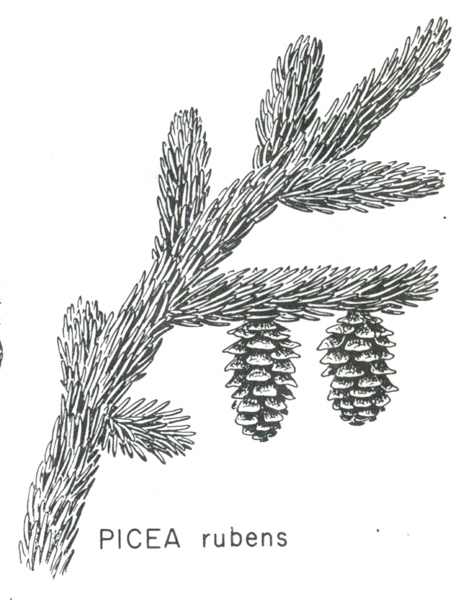