How to recognize Callery pear. The leaves are alternately arranged, 4-6m cm. long and nearly as wide,  thick and waxy, with a wedge-shaped base. The margin is finely toothed and has a distinct ripple or wave noticeable when viewed edgewise. Older branches develop spur shoots that eventually develop into thorns. 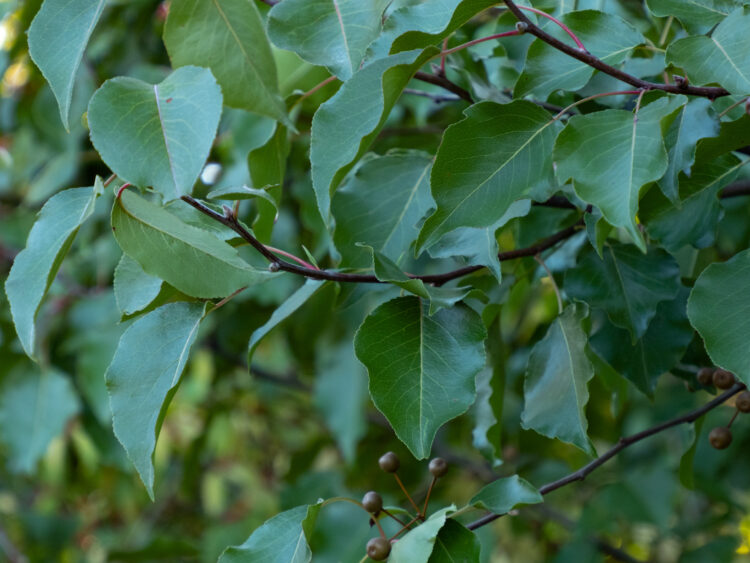 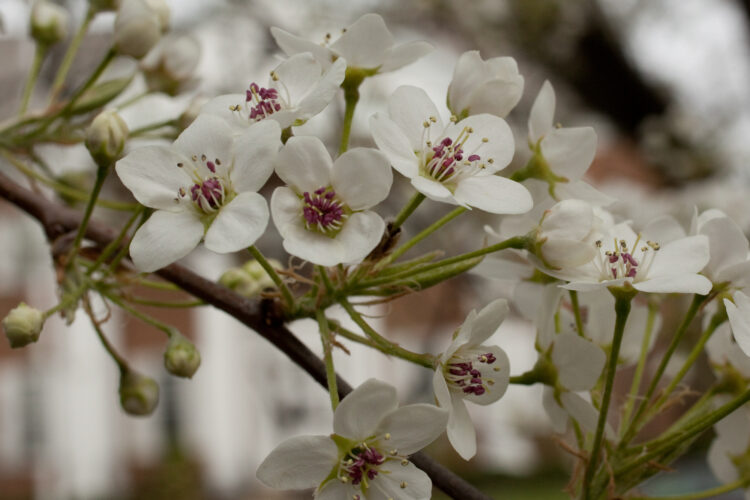 The fruit is a pea-sized brown bitter pome. 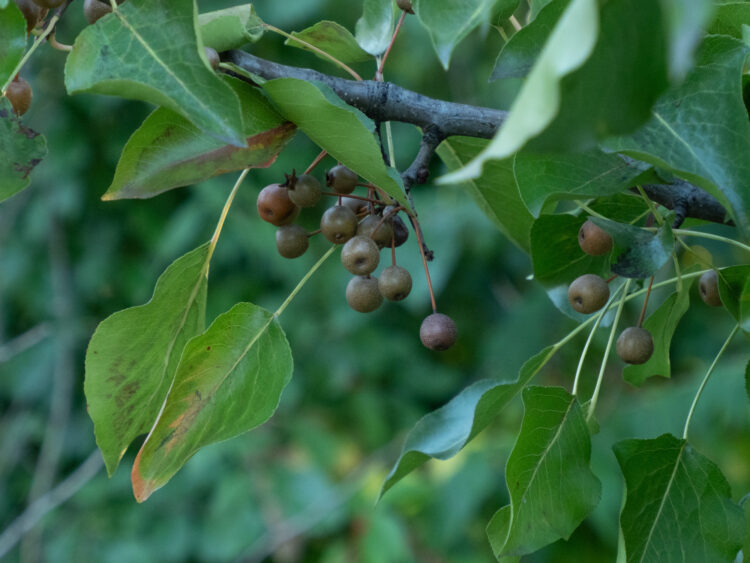 In the winter. Callery pear twigs are shiny and reddish brown, with buds that are large, ovate, and covered by overlapping scales adorned with light wooly hairs. 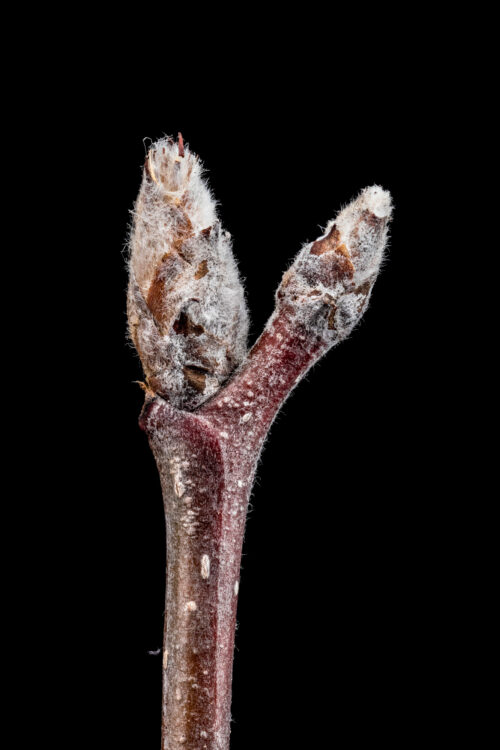 Where to find Bradford pear. This species is invasive, found in woodland edges, meadows and roadsides. It’s also found in garden centers, but not for much longer, as its sale is being phased out under Ohio law.

As explained in Theresa Culley’s article in the Ohio Invasive Council’s Summer 2022 newsletter entitled “Regulation of the ‘Bradford’ and Other Callery Pears in Ohio,” how did a “fatal flaw” of the up till then sterile Bradford pear lead to the proliferation of freely fruiting Callery pears?

Use the down arrow in the menu bar at the bottom to turn pages. The article is also available on the OIPC web site HERE (link).