How to recognize flowering dogwood. Dogwoods trees and shrubs have (except for one weird species aptly called Cornus alternifolia) opposite leaves that are simple in complexity, with entire margins. 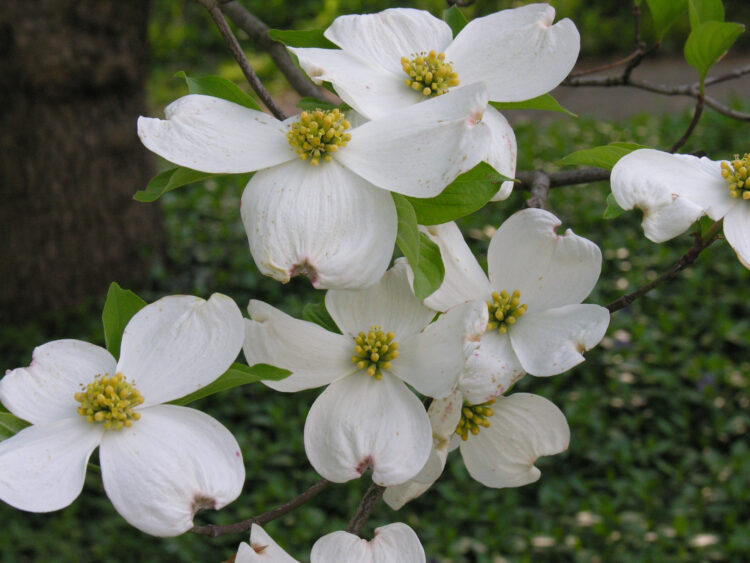 Flowering dogwood has opposite leaves with entire margins.

The species called “flowering dogwood” (Cornus florida) is an understory tree; its habitat is in woods beneath other trees. The blooming display is quite conspicuous in early spring. 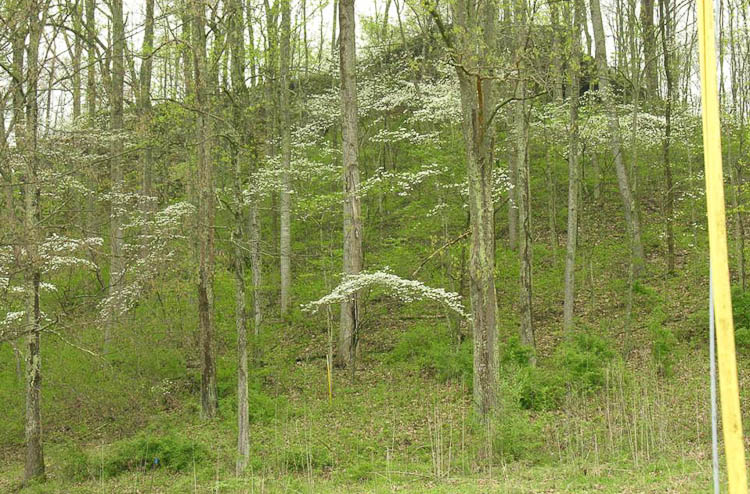 The habitat of flowering dogwood is the forest understory.

Flower and fruits. The name “flowering dogwood” is a bit misleading. Indeed, all dogwood species produce flowers, but they are small. Flowering dogwood is called that because its blooms are very conspicuous. They are packed into little head-like clusters surrounded by huge bracts that are actually greatly expanded flower bud scales. 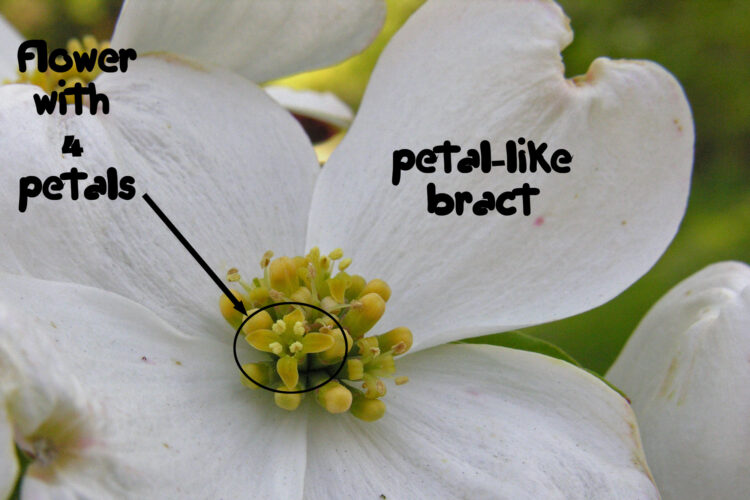 Flowering dogwood fruits are red drupes clustered in similar fashion to the flowers that produced them. 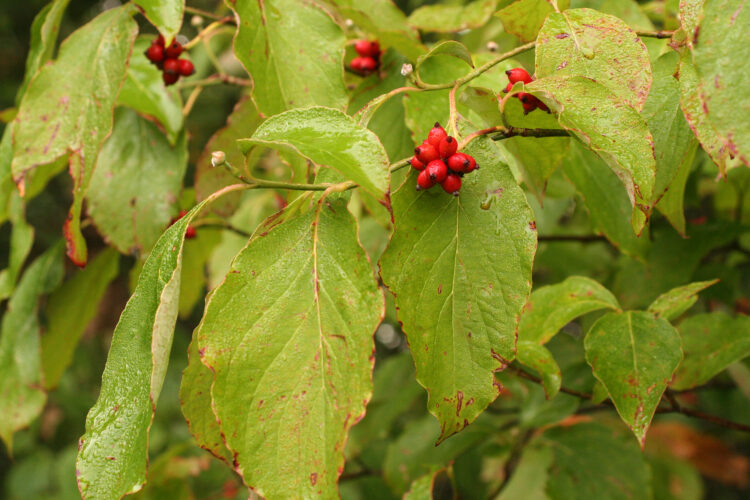 Bark, The bark of dogwood is (worse than its bite?) is dark, and broken up into small rectangular blocks. (The inner bark is bitter and was used as a substitute for quinine (a malaria treatment), and Native Americans used bark of the roots to make a red dye.) 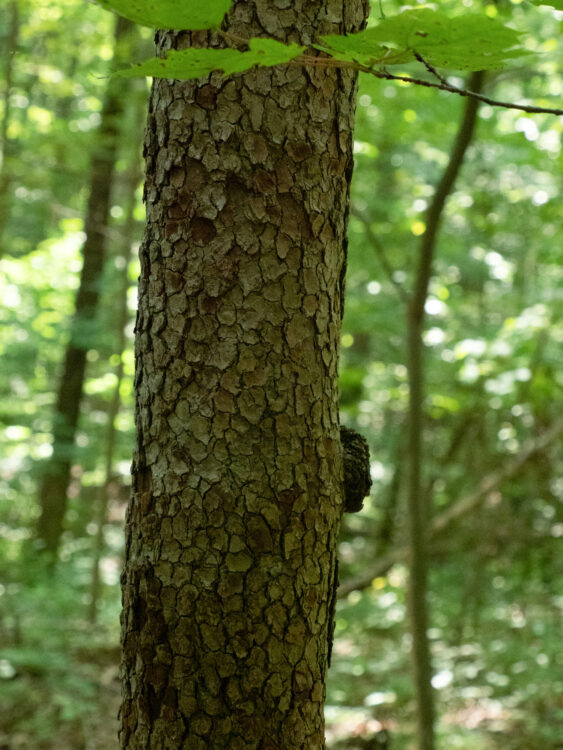 In the winter. The twigs are slender and curved, with opposite leaf scars and the lateral buds, the latter so small as to be indiscernible. The m&m-shaped flower buds, covered with the 4 bracts that expand to look like huge petals, are prominent. 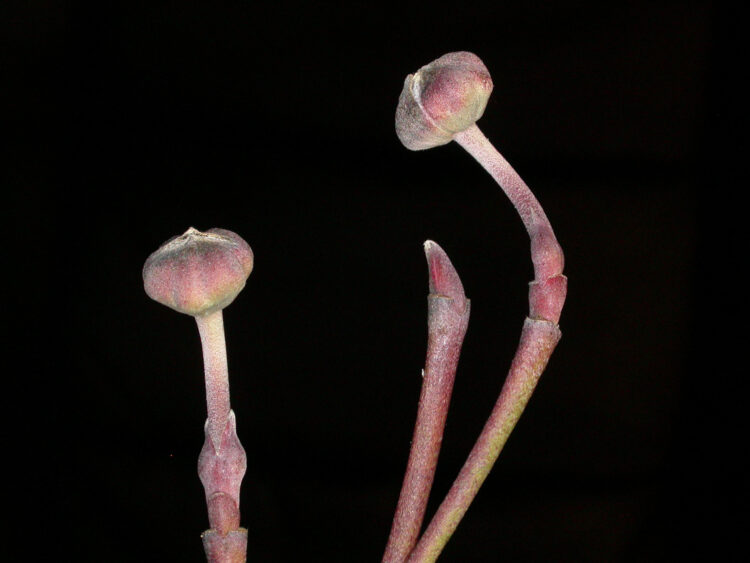 Where to find flowering dogwood.   E. Lucy Braun, in The Woody Plants of Ohio (1961, 1989; The Ohio State University Press) tells us that flowering dogwood is “One of our showiest trees in flower, in fruit, and in autumn coloring. Common and widespread, occurring in the open in old fields and along fence-rows, and in woods, sometimes forming a lower layer in oak and oak-pine woods.

Ooh, ooh. I have a question.

The red fruits on flowering dogwood look like berries. Are they berries? What are they (named and defined/described)?

The berry-like fruits of dogwoods and many other trees and shrubs (viburnums and poison ivy are other examples) are drupes. Drupes are single-seeded fruits with a bony “endocarp” covering the seed, surrounded by a fleshy “exocarp.” By contrast, berries are fleshy throughout.