How to recognize boxelder. This small tree is sometimes called “ash-leaved maple” because because, like ashes (genus Fraxinus in the Oleaceae), it has oppositely arranged pinnately compound leaves (other maples have simple leaves). 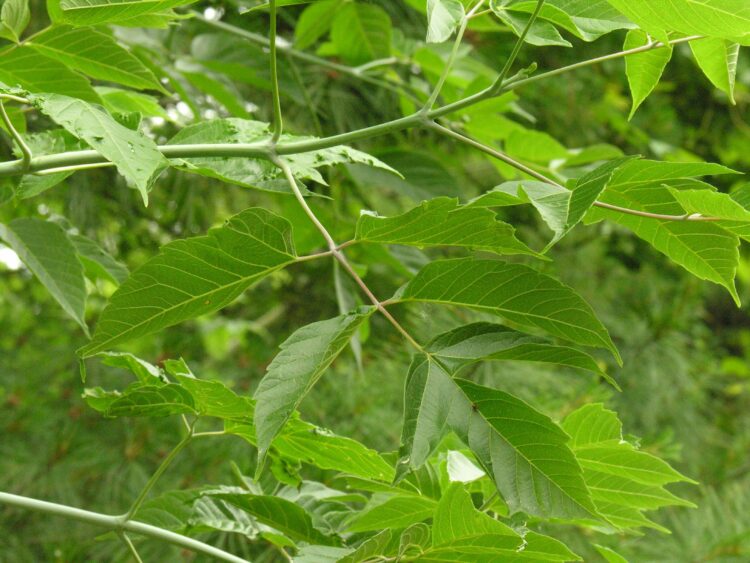 Ash-like, the leaves are oppositely arranged and pinnately compound.

So if you’re wondering how to tell it apart from ashes, it’s usually easy. Boxelder has fewer leaflets, stems that often haver a powdery bloom on them (glaucous) and leaf scars that are narrowly “v”-shaped (see below for photos of the twigs).

Flowers and fruits. It’s especially easy to to recognize boxelder when it’s in fruit, thanks to the very maple-ish paired helicopter-like paired samaras, borne in drooping racemes. 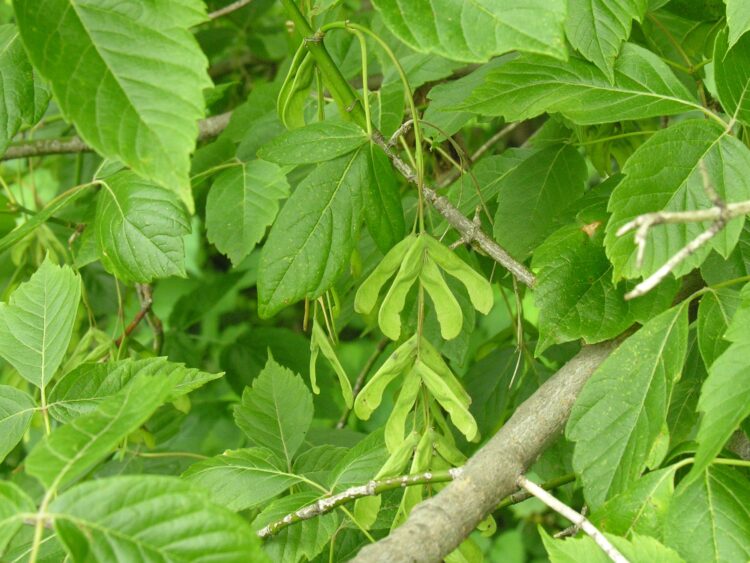 Boxelder is dioecious, and  i.e., occuring as separate male and female individuals. Being wind-pollinated, the flowers lack colorful petals. In the images below, the male flowers are on the left; females on the right. 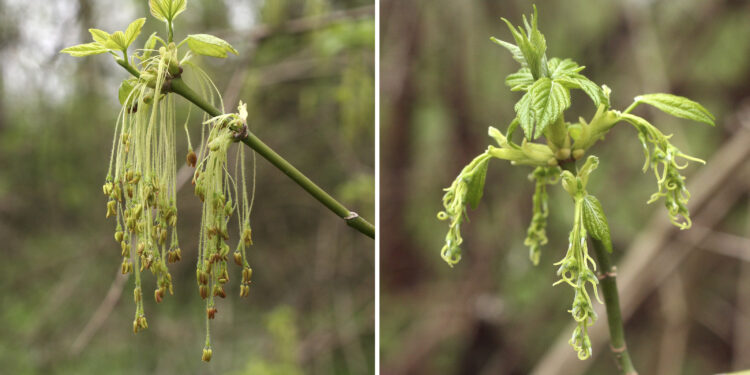 In the winter. Boxelder twigs have a true terminal bud, narrow leaf scars, and roundish lateral buds that are pubescent (hairy). The twigs are often glaucous (having a powdery bloom that can be rubbed off; not evident in the photo below). 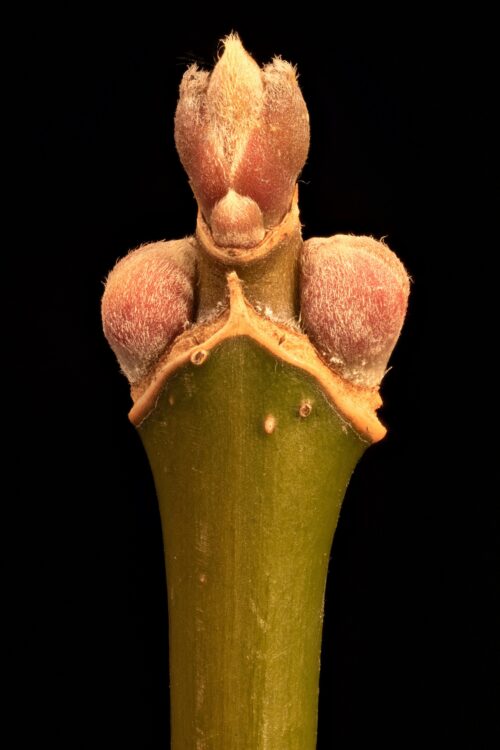 Where to find boxelder maple. E. Lucy Braun, in The Woody Plants of Ohio (1961, 1989; The Ohio State University Press) tells us that this species is found “throughout Ohio, usually in alluvial soil, and sometimes on dry banks.” 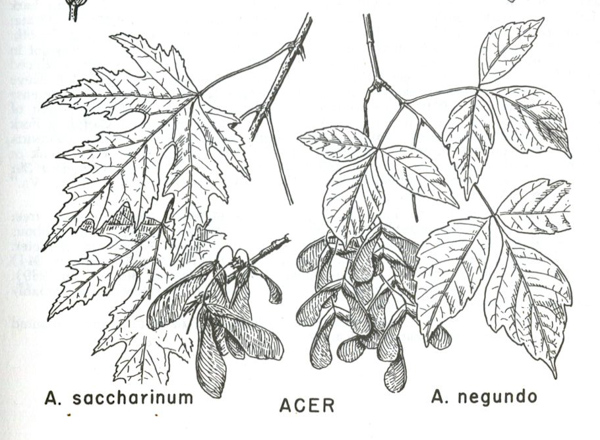 Boxelder is on the right.

Common names can be misleading. Why is it called “boxelder,” for goodness sake?

Because it is a small tree with opposite pinnately compound leaves, it resembles, and could have been mistaken by American settlers for a shrub called “elder,” or “elderberry.”