How to recognize fir. Firs are needle-leaved evergreens with unstalked leaves that are attached singly to stems, and peculiar swollen at the attachment point, which look like little suction cups or treefrog toes. The seed cones (not shown) are erect (upright), falling apart while attached to the tree, the cone scales falling from the persistent axis. (Thus you won’t find fallen fir cones on the ground as you will with other members of the pine family).  (The image below is of the western North American species, white fir, Abies concolor.) 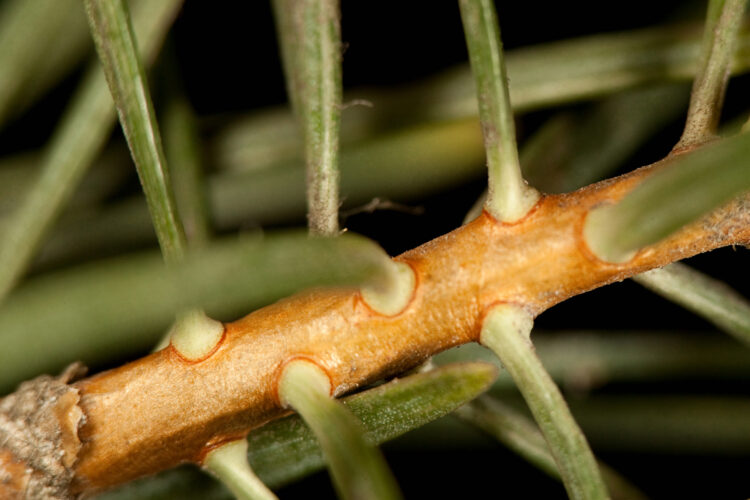 A fir branch is smooth and the leaf bases are swollen.
(Image is the western North American white fir, Abies concolor.)

Although firs are not native to Ohio, they are semi-popular (not nearly as popular as spruces) ornamental trees. There is a large specimen of white fir on the OSU campus near the intersection of 12th and Neil. 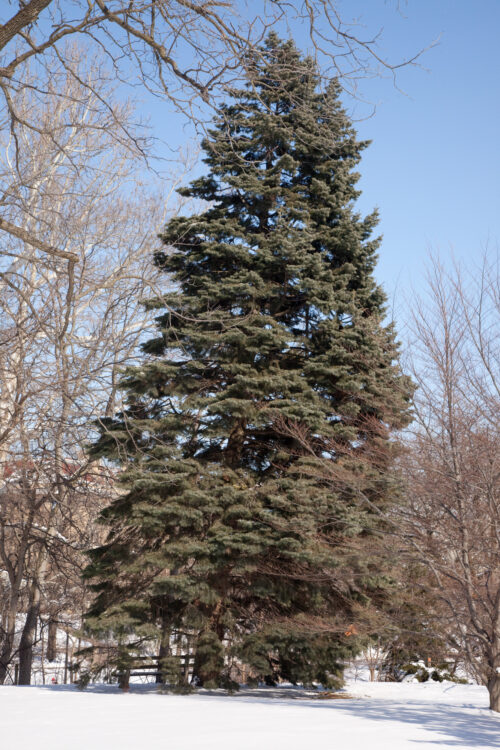 white fir as an ornamental tree

Not native to Ohio, but an important component of the flora of nearby states, balsam fir is found in “damp woods and mountain swamps at high elevations” (Flora of West Virginia, by P.D. Strausbaugh and Earl L. Core). The photos below were taken in West Virginia.

The leaves of balsam fir are flattened, and blunt, with the undersurface marked with two white lines of stomates. The leafy branches are a bit compressed dorsiventrally, with the leaves splayed outward, the upper cones curved-ascending. 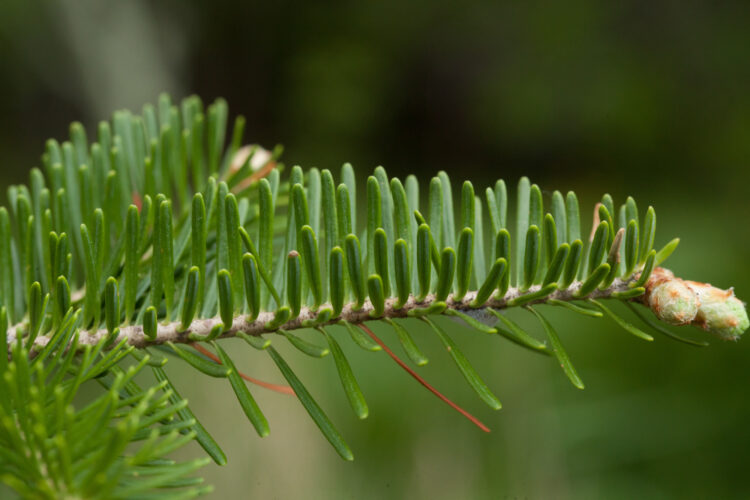 Below see a detail of the leaf attachment of balsam fir. 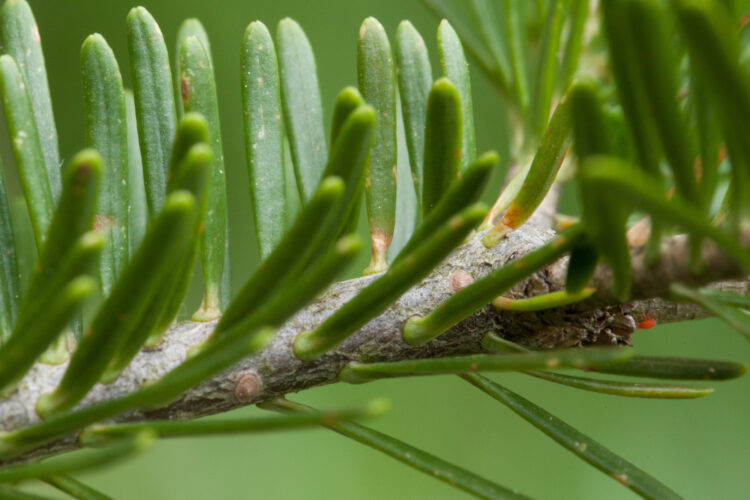 Balsam fir laves are stalkless, with a swollen base.

Balsam fir occurs in bottomlands. The photo below is of a tree along the Blackwater River in West Virginia. 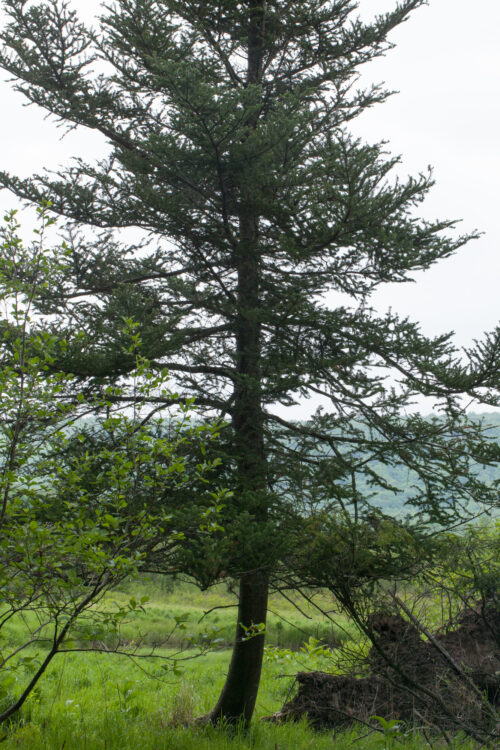 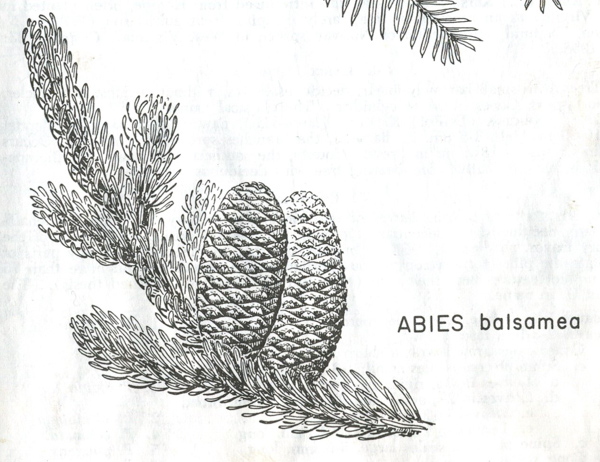