How to recognize white mulberry. This weedy small tree has has alternate, simple, serrate leaves that vary remarkable in the pattern of leaf lobing.  Reminiscent of sassafras, the leaves, even on the same tree, can be unlobed, once-lobed like a mitten, twice lobed, or even 4 or more-lobed. They are hairless and glossy. 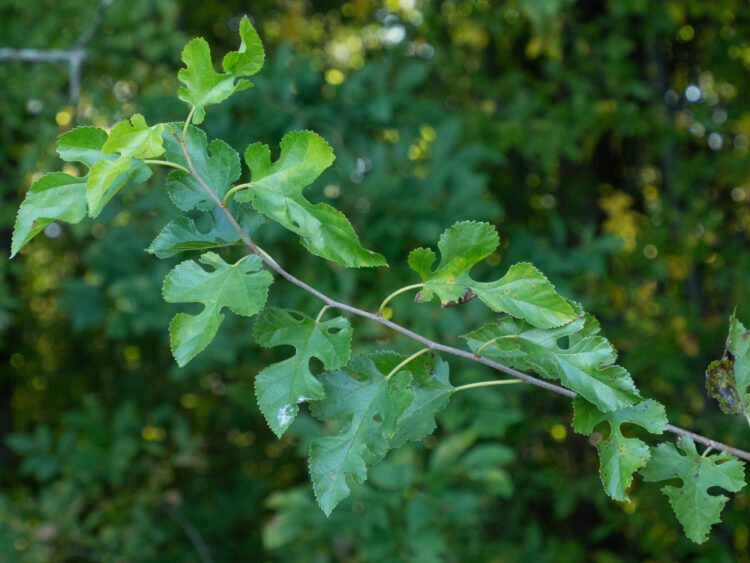 Sometimes the leaves have several lobes. 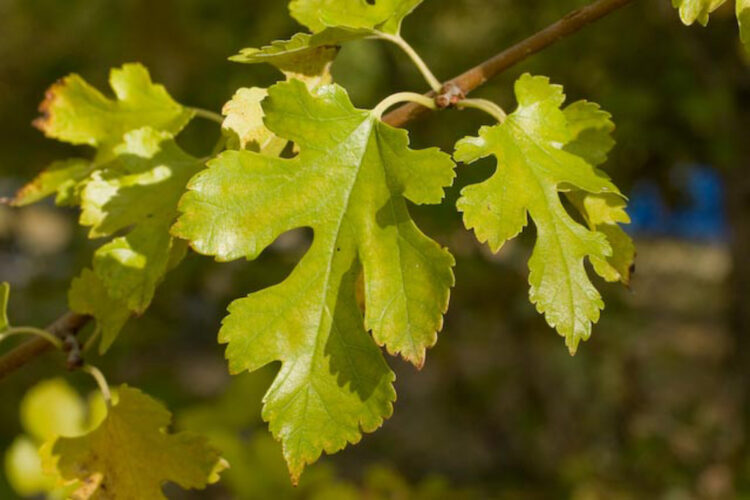 Fruits. The mulberry fruit, which resembles a raspberry, is termed a “syncarp” because it is derived from a compact inflorescence and thus is a multiple fruit–a multiple of drupelets. 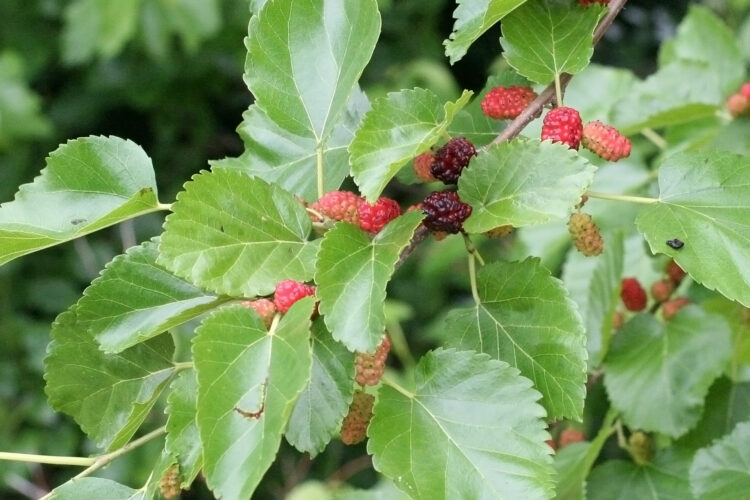 In the winter. The twigs are gray, smooth, with ocal leaf scars containing several scattered bundle scars. The buds are scaly, triangular, and appressed to the twig. 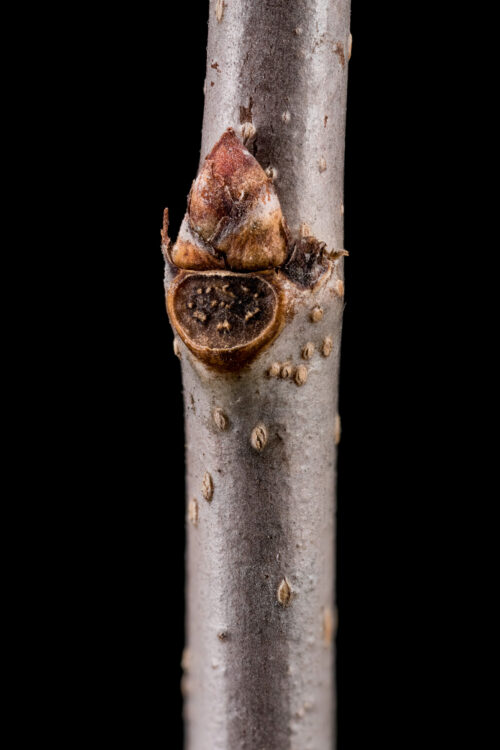 Where to find white mulberry . E. Lucy Braun, in The Woody Plants of Ohio (1961, 1989; The Ohio State University Press) tell us that that white mulberry is “From Asia; long cultivated and frequently seen as am escape…Reported from more then three-fourths of the counties, throughout the state.” 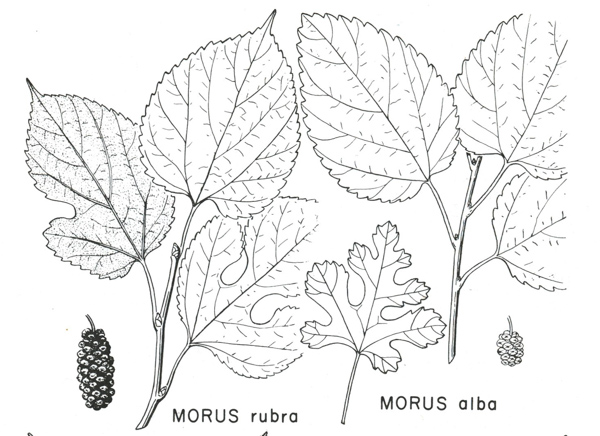 White mulberry is on the right.

How and why and from where did white mulberry become established in North America?

A native of China, white mulberry is the food source of the silk moth larvae and was introduced to the U.S. in the early 1600s  with the goal of establishing domestic silk production. The silk industry didn’t take off, but the mulberry tree did. (Subsequent introductions for horticulture have also occurred.)