How to recognize poison ivy.  Usually growing as a woody vine climbing trees and also in the ground where it can appear almost shrubby, poison ivy has alternate trifoliolate leaves. 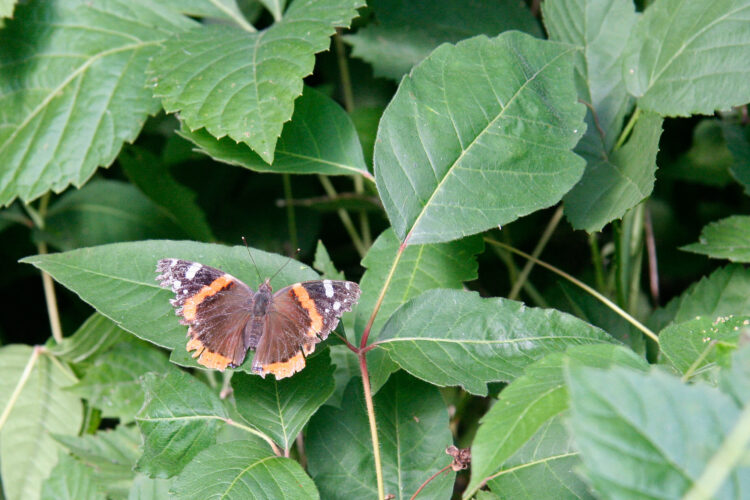 When it’s growing on a tree, the stems produce aerial rootlets that attach them to the substrate. 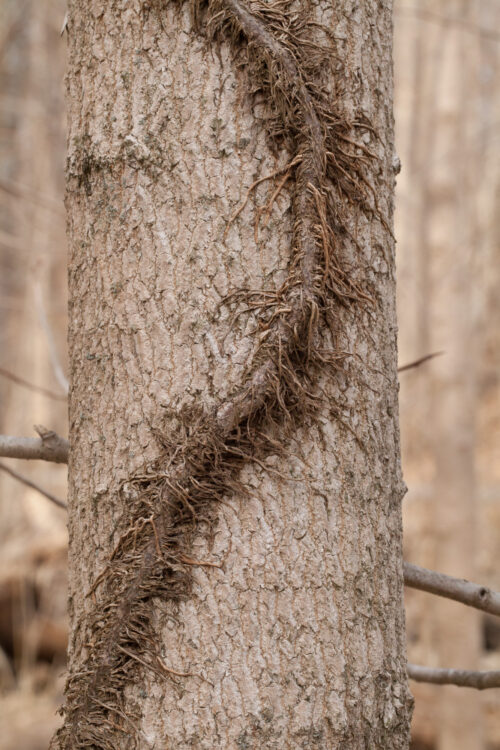 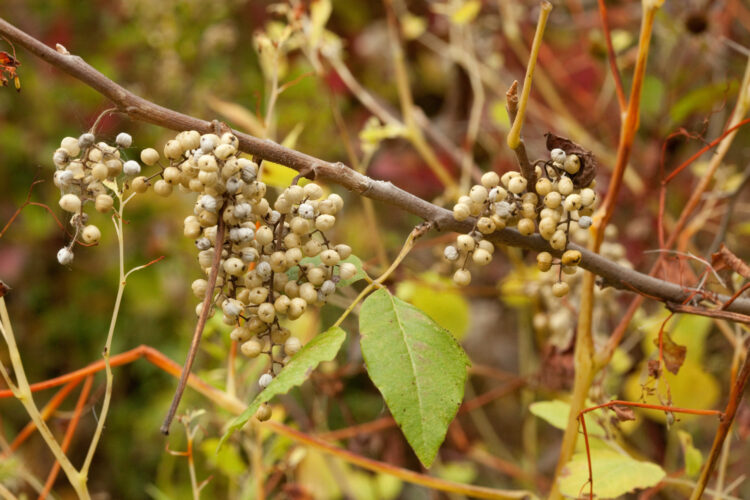 In the winter. Look for naked (non-scaly) buds alternately arranged, with U-shaped leaf scars. On older stems, the aerial rootlets are diagnostic (contrast this with Virginia creeper, which has disk-tipped tendrils. 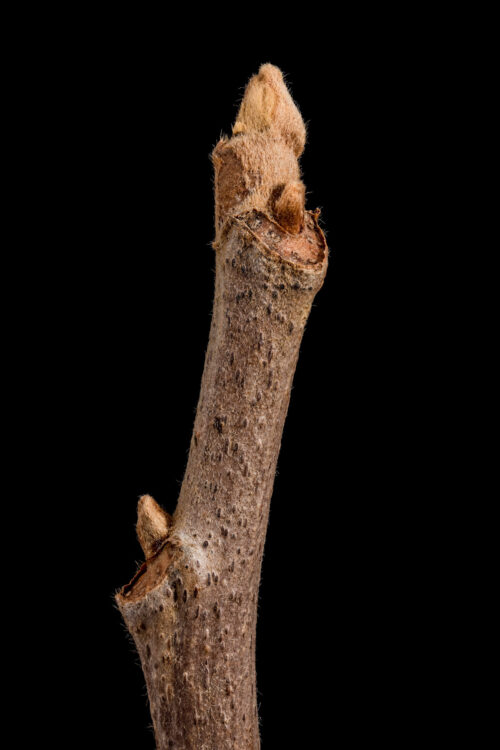 Where to find poison ivy. E. Lucy Braun, in The Woody Plants of Ohio (1961, 1989; The Ohio State University Press) tell us that this species is “Very wide ranging, almost throughout temperate north America except the extreme west; doubtless in every county in Ohio, but not always collected because of danger of poisoning.”

Scanned Drawing from an old Book
Flora of West Virginia, by P.D. Strausbaugh and E.L. Core 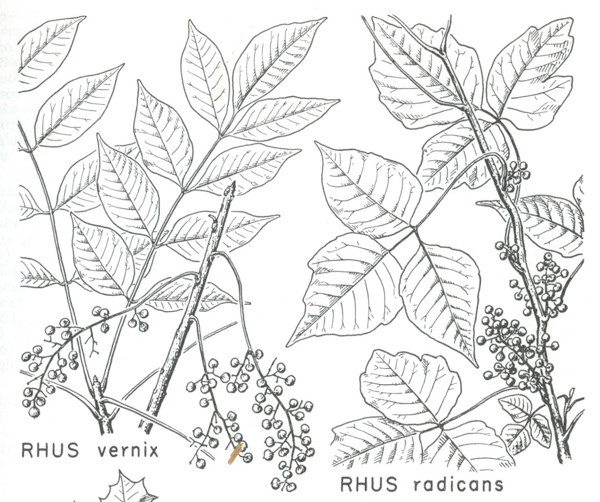 Poison ivy is on the right.

Ooh ooh I have a question!

I’ve heard people talk all worried-like about poison oak and poison sumac and poison ivy. Are they the same species or different? Do they all occur in Ohio? If they do, how do you tell them apart? What are the differences ecologically?

Here in Ohio, we do not have poison-oak; it is a southern species (Toxicodendron pubescens) that is poison ivy-like in appearance, but more shrubby, with distinctly lobed leaves. (There is also a species of western poison-oak.) Poison ivy, of course, is a very widespread and abundant trifoliolate liana found in a variety of habitats. Poison sumac, meanwhile, is wholly different in appearance; it is a shrub or small tree with pinnately compound leaves. Ecologically, it is a specialist, restricted to high-quality wetlands collectively called “mires”–bogs and fens 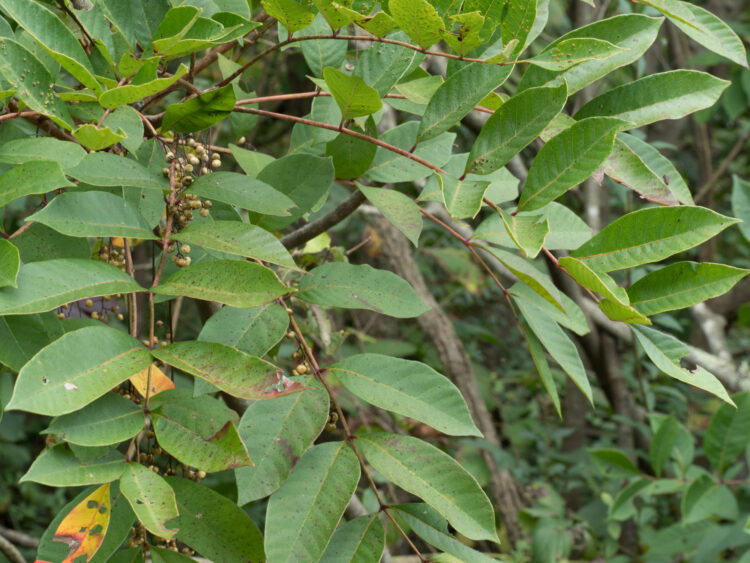