How to recognize Amur honeysuckle.  Honeysuckles are opposite-leaved shrubs (or in a few cases woody vines) with simple and entire (neither toothed nor lobed) leaves. Mostly we encounter invasive non-native species such as this one, which is among our worst ecosystem-disrupting weeds. 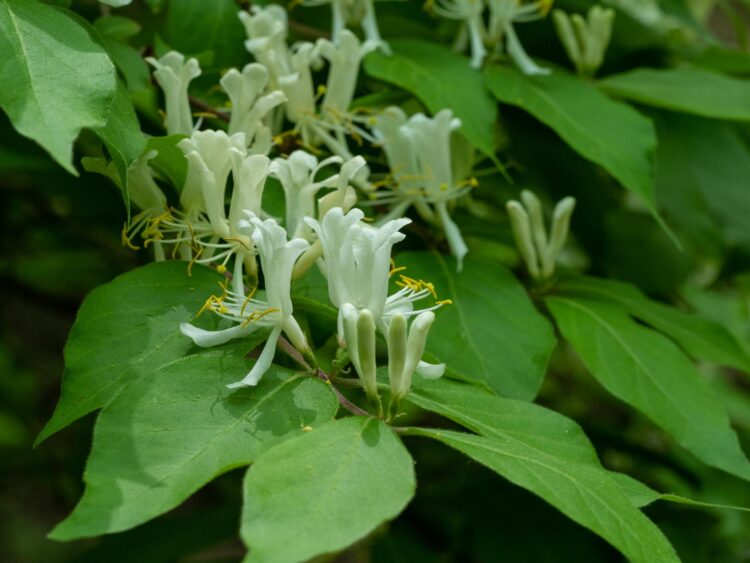 Honeysuckle flowers are bilaterally symmetric, have fused petals, and are arranged in pairs of individual flowers that are fused at the ovary bases. 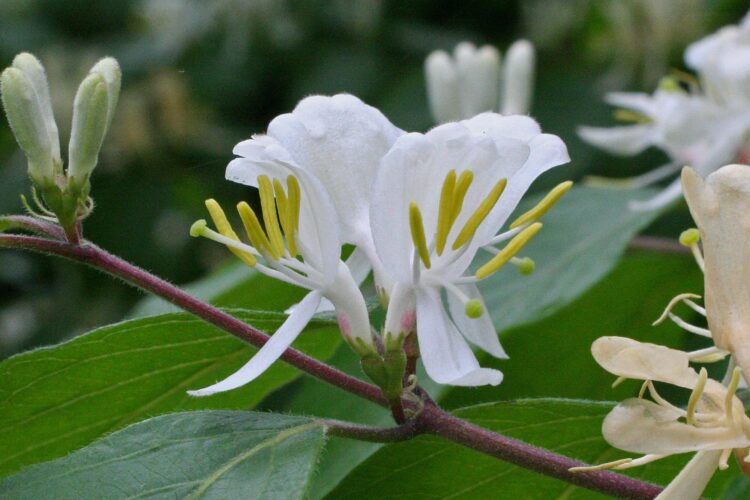 Honeysucke flowers are fused at the base.

The fruits are small drupes (fleshy outside but with a large single seed overed with a bony endocarp). 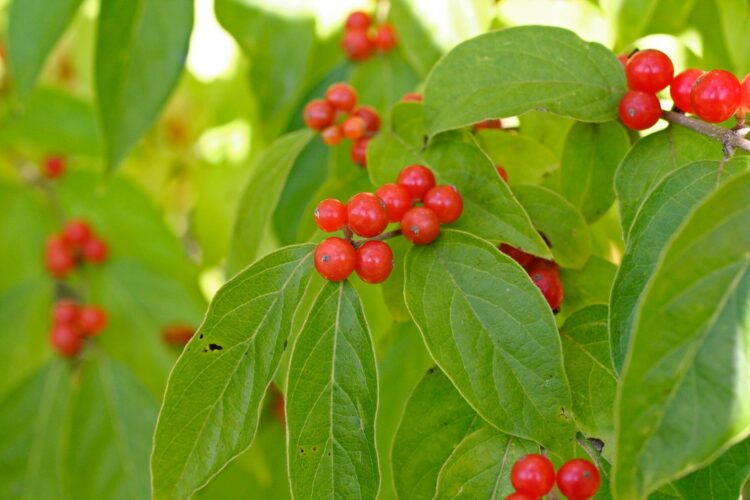 Honeysuckle fruits are drupes, paired as the ovaries are fused at their bases.

In the winter. Amur honeysuckle are narrow, with alternate buds, and hollow pith! 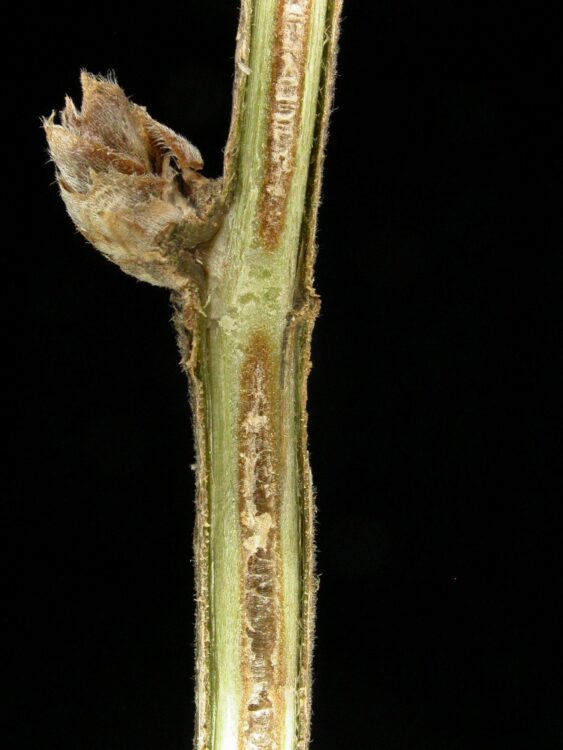 Where to find Amur honeysuckle. E. Lucy Braun, in The Woody Plants of Ohio (1961, 1989; The Ohio State University Press) tell us that this species “is “Reported only from Hamilton County, where it is becoming abundant in pastures and woodlands.” Well, that was a long time ago. and it’s sure spread since then. It’s especially abundant in low-lying areas with calcareous soil, i.e., most of Ohio except for the southeastern counties (where you still find it).

What is it about the leaf phenology of Amur honeysuckle that helps make it so invasive?

As well explained in this article by David Taylor for the Kentucky Native Plant Society, Amur honeysuckle starts leafing out in March, long before native trees and shrubs, and the leaves don’t senesce until at least late October, giving the shrub an extra 5-8 weeks of photosynthetic activity. Moreover, it is somewhat frost-tolerant. These traits help make it invasive.