How to recognize red maple. The oppositely arranged and palmately lobed leaves tell you this is a maple. The coarsely serrate leaves with a whitish undersurface tell you it’s one of the so-called “soft maples,” either red or silver (A. saccharinum), which can be annoyingly similar. Red maple is characterized by having leaf lobes that extend less than halfway to the midvein, and sinuses that are an angular “V” shape. (Silver maple is more deeply lobed with “U”-shaped sinuses. 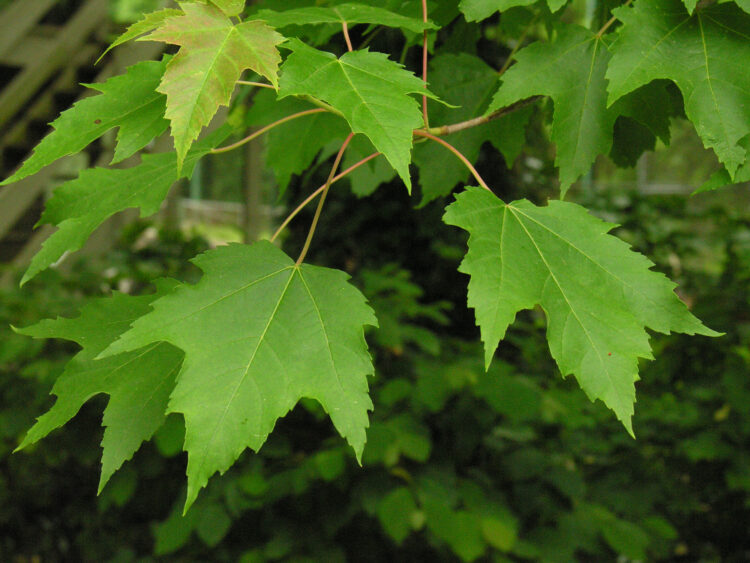 Red maple leaves are lobed less than halfway to the midvein.

Soft (red and silver) maple leaves are light on the bottom. See below where some were strategically placed to show that. 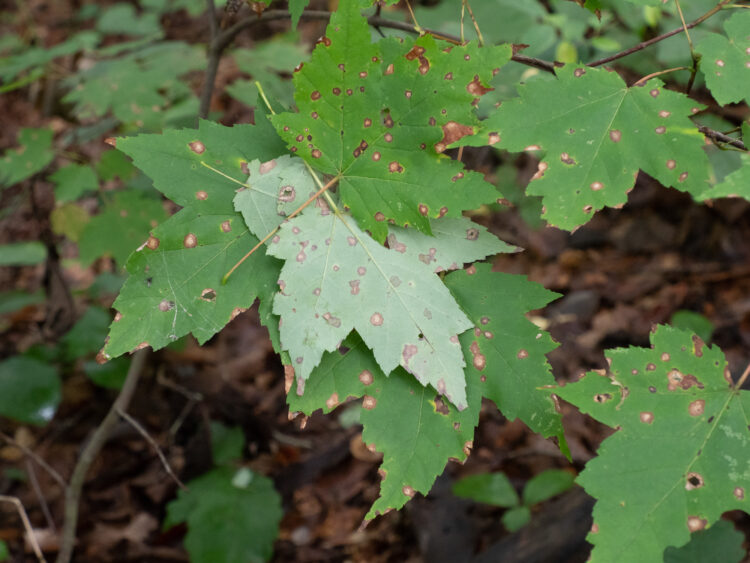 Red (and silver) maple leaves have a whitened undersurface.

Flowers and fruits. Red maple flowers are unisexual (either male or female), occurring in separate clusters on the same individual trees. The fruits are typical maple double samaras; each one is about 2 cm long, about half the size of silver maple’s samaras. They are very early flowering and fruiting trees, and so the samaras are seen littering the ground in mid-spring. 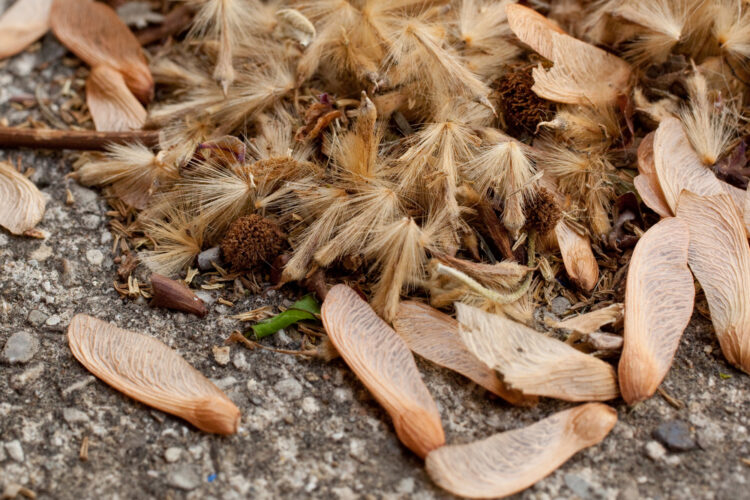 Red maple fruits in the ground in mid-May.
(American sycamore flowers and fruits are in the back.)

In the winter. Maple twigs have narrow V-shaped leaf scars that closely approach each other across the twig. The bud scales are 6-8 in number, and face directly face one another rather than being neatly overlapping as in some other maples (especially sugar maple). IN this way they resemble silver maple, from which red maple can sometimes be distinguished by its redder color. 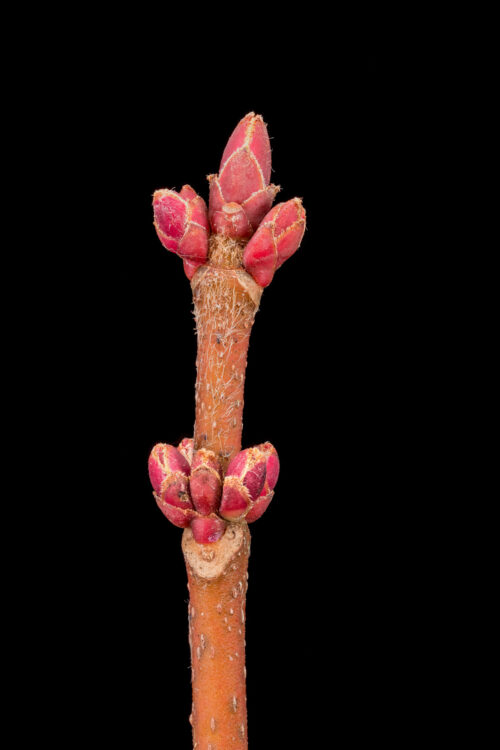 Where to find red maple. E. Lucy Braun, in The Woody Plants of Ohio (1961, 1989; The Ohio State University Press) tells us that this species is “A large forest tree ranging throughout the deciduous forest. In Ohio, common and widely distributed in the Allegheny Plateau, the ‘flats’ of southwestern Ohio, and the Lake area. A tree of mesophytic forest in hilly country, of swamp forest in the flats, in both situations in acid to neutral soils. Conspicuous in early spring because of its brilliant red flowers and young samaras, in autumn because of its brilliant scarlet to orange coloration. Leaves vary greatly in lobing and coarseness oif teeth, some (Adams and Perry counties) approaching var. trilobum K. Koch, with 3 shorter small-toothed lobes, some  (Clermont County) approaching var. drummondii (H. & A.) Sarg., with leaves more deeply cleft (more than half-way) and pubescent in veins beneath.  ” 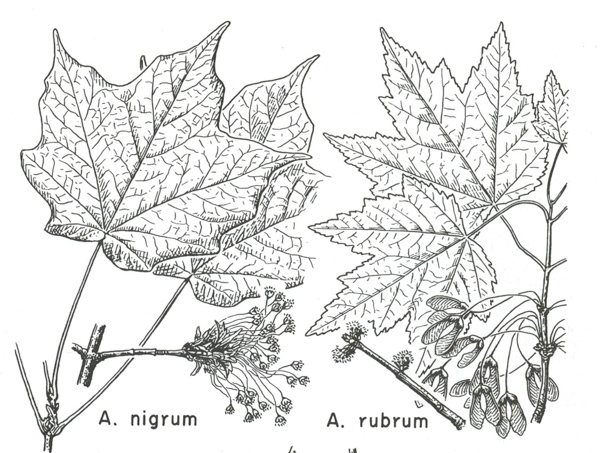 Red maple is on the right.

What family do maples belong to and what other Ohio plants are in that family?

Maples are in the Sapindaceae (soapberry family), along with buckeyes and horse-chestnut (both of which are in the genus Aesculus).