How to recognize eastern hemlock. Hemlocks (genus Tsuga) is recognizable as a member of the pine family (Pinaceae) by having linear, evergreen leaves and scaly seed cones. The genus is separated from others in the family (namely spruce, fir, larch, pine and Douglas-fir) by the  way in which the leaves (needles) are  flat, are attached to the stems with petioles (leafstalks), and have two bright lines of stomates (breathing pores) running lengthwise down the middle of the undersurface. 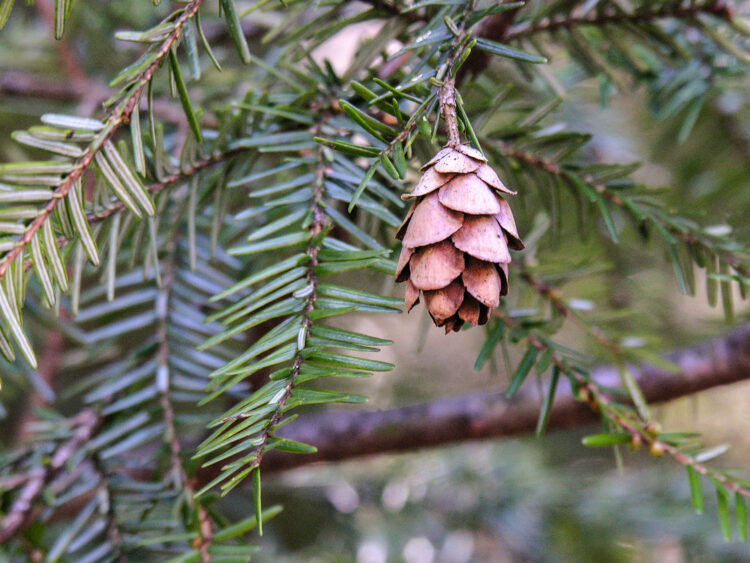 A close examination shows the petioles (leafstalks; some conifers have leaves attached directly). 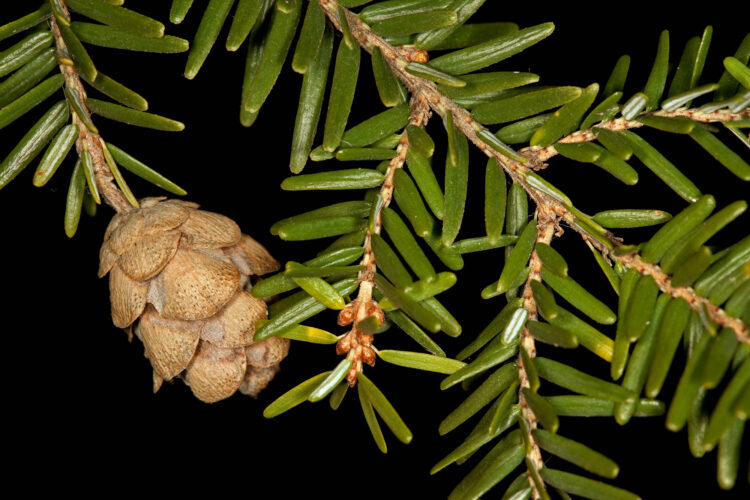 The leaf undersurfaces look like they’re been painted by the highway crew! 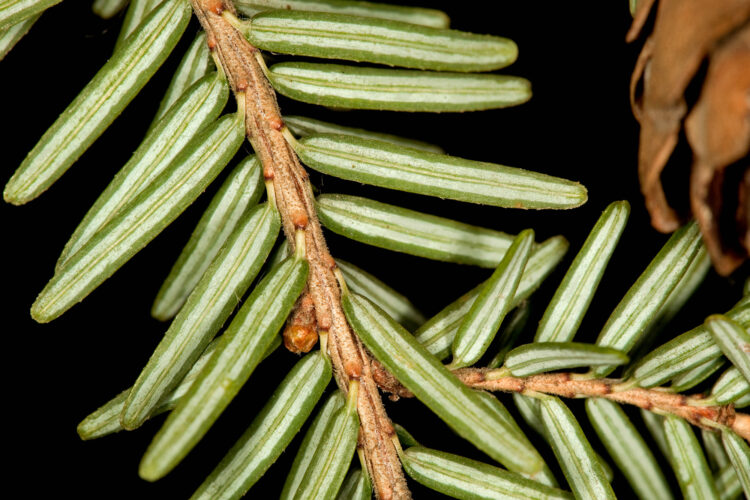 Where to find eastern hemlock. E. Lucy Braun, in The Woody Plants of Ohio (1961, 1989; The Ohio State University Press) tells us that this species is “A large tree of ravines, stream bluffs and steep, usually northerly. slopes, frequent and often abundant but local in the Allegheny Plateau section of Ohio, very restricted elsewhere. Its general range, exclusive of outlying stations, corresponds approximately with the combined area of the Hemlock-White Pine-Northern Hardwoods, Mixed Mesophytic, and Oak-Chestnut forest regions.”

Here’s eastern hemlock at the edge of a cool sandstone ravine in southern Ohio’s Hocking County, in the unglaciated Allegheny Plateau. 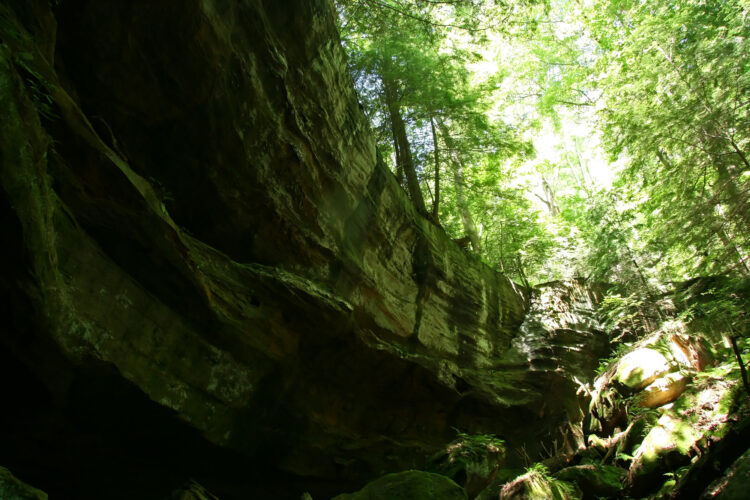 Here’s eastern hemlock at the edge of a cool sandstone ravine in northern Ohio’s Geagua  County, in the glaciated Allegheny Plateau. 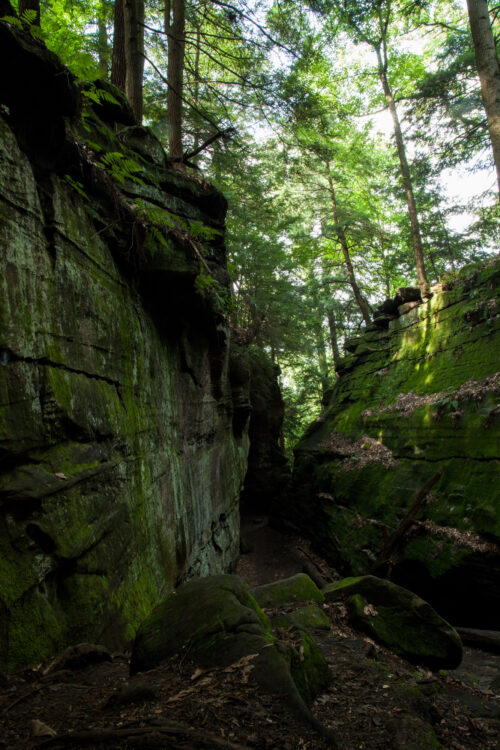 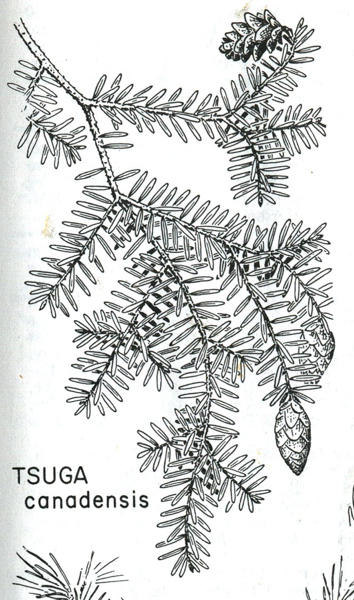 Oh crap! This is an unwelcome sight, these cottony tufts on the undersurface of hemlock branches. What are they and why the frown, tree-lover? 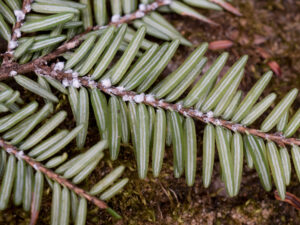 Hemlock woolly adelgid (HWA), is an invasive, aphid-like insect that attacks North American hemlocks, interfering with the flow of nutrients to leaves and branches, eventually causing their death. HWA is easily identified as they form white woolly masses on branch undersurfaces at the base of the needles. We don’t like HWA.