How to recognize Japanese honeysuckle. With its opposite, entire-margined leaves and large flowers in pairs in the leaf axils, this is clearly an invasive honeysuckle (one of several species in the genus Lonicera). The distinguishing feature of L. japonica is its habit/growth form–this is a twining vine (our other invasive honeysuckles are shrubs). 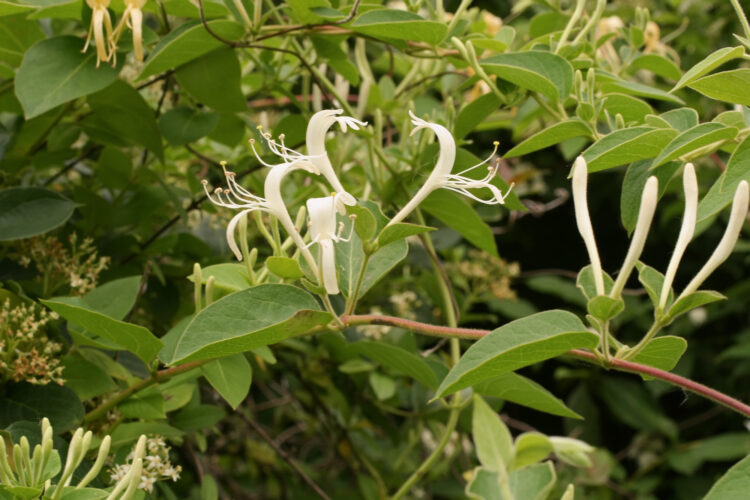 Honeysuckle is a high-climbing half-evergreen vine. 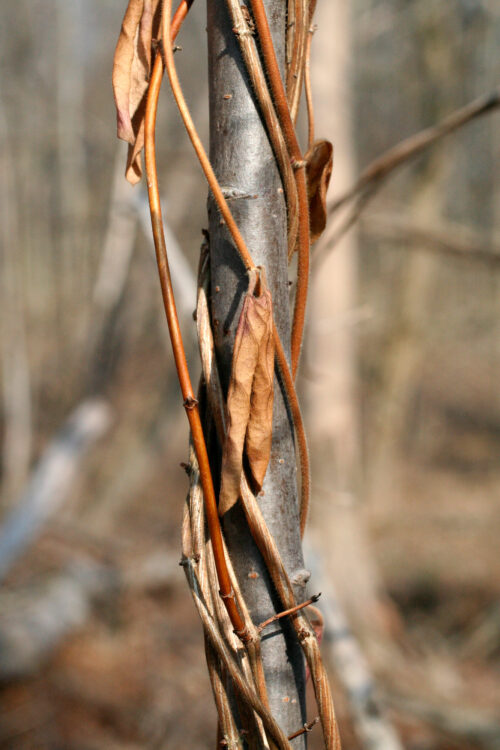 Japanese honeysuckle in early spring.
Note the persistent leaves from the previous year.

Flowers and fruits. Honeysuckles have zygomorphic (bilaterally symmetric) flowers with fused petals oriented in a 2-lipped fashion. There are 5 stamens with long filaments, and a equally long style ending in a capitate stigma, protruding out of the throat of the corolla tube (fused portion of the petals). In the photo below, the style is the uppermost appendage. 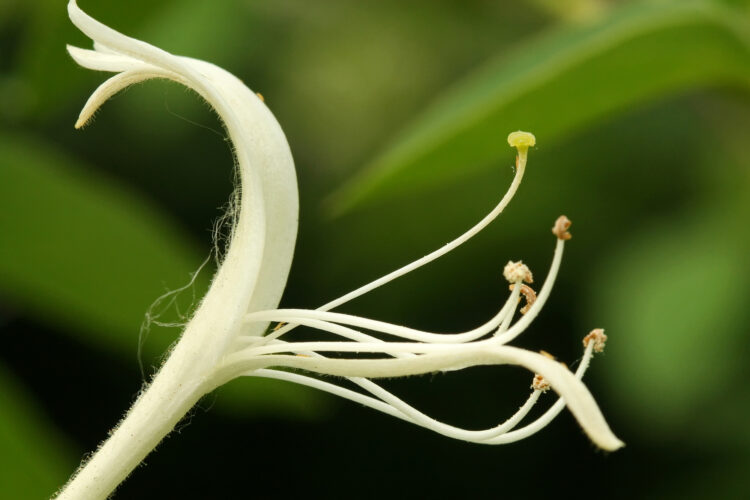 When the flowers are old, they are yellow and wilted. The style persists longer than the other flower parts. 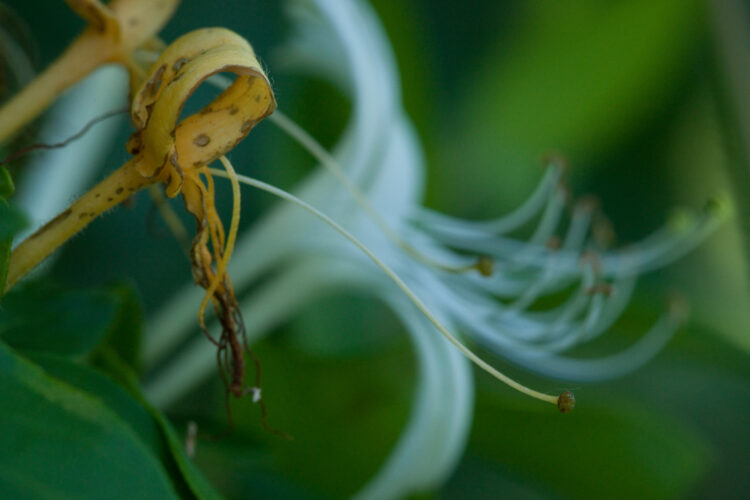 The fruits are black berries, paired in the leaf axils. 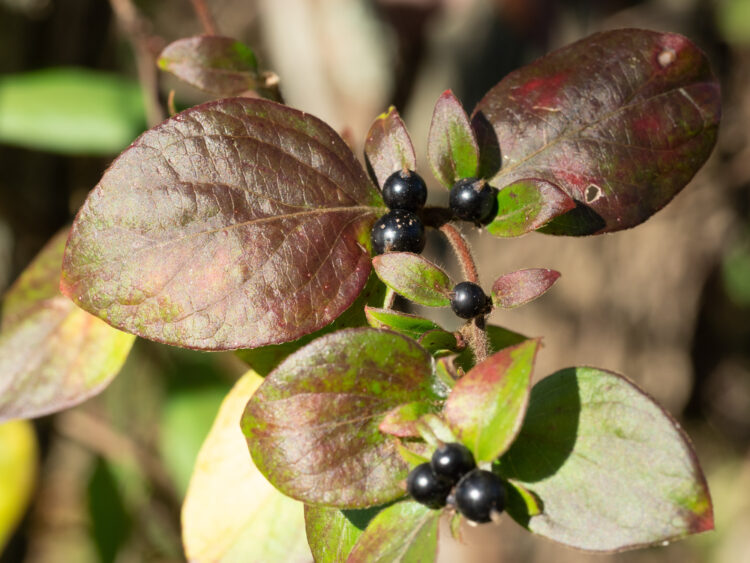 Where to find Japanese honeysuckle. E. Lucy Braun, in The Woody Plants of Ohio (1961, 1989; The Ohio State University Press) tells us this is “The common honeysuckle which has spread from roadside banks (where sometimes planted for erosion control) into adjacent thickets and woodlands, there festooning the trees and forming dense tangles difficult to control. Very fragrant and beautiful, but becoming a serious pest.” 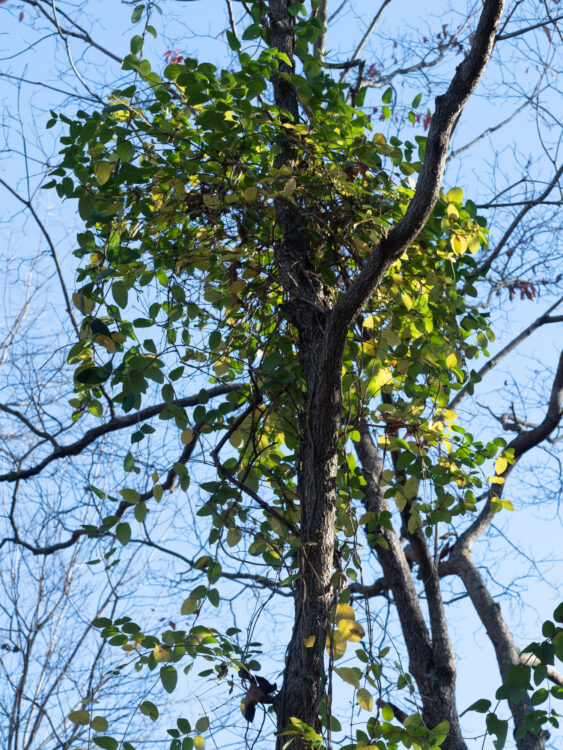 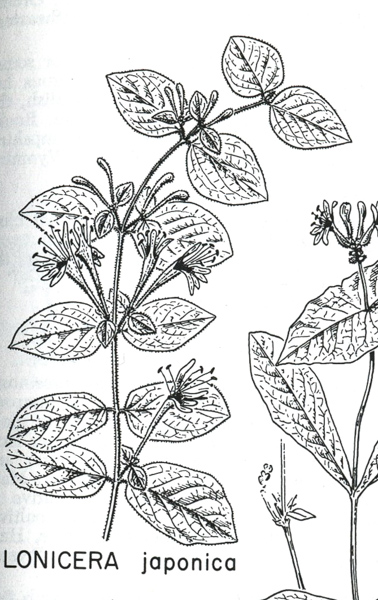 Oh my…I would like to yank Japanese honeysuckle, but am afraid of confusing a lovely rare native honeysuckle vine for it and yanking that instead. What’s different about them?

Our native honeysuckles have their flowers in apparent 6-flowered clusters at the ends of branches that are  subtended by a pair of fused leaves. 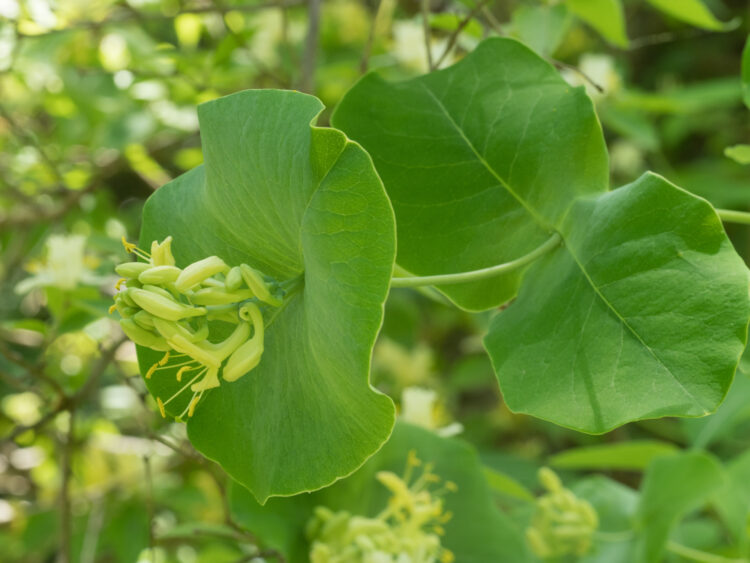