(1) Cranberries, of which Vaccinium macrocarpon is the common Ohio species, are trailing evergreen bog shrubs with small leaves and flower that are 4-petalled (!), with the lobes swept sharply upwards. The flowering example below is V. oxycoccus photographed in West Virginia. 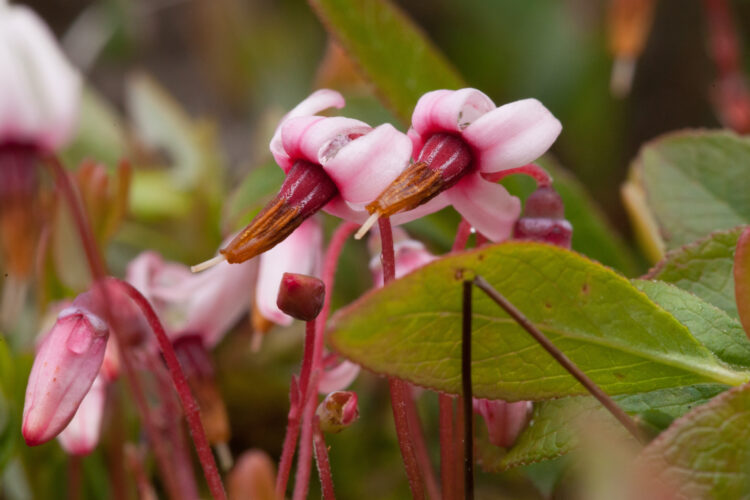 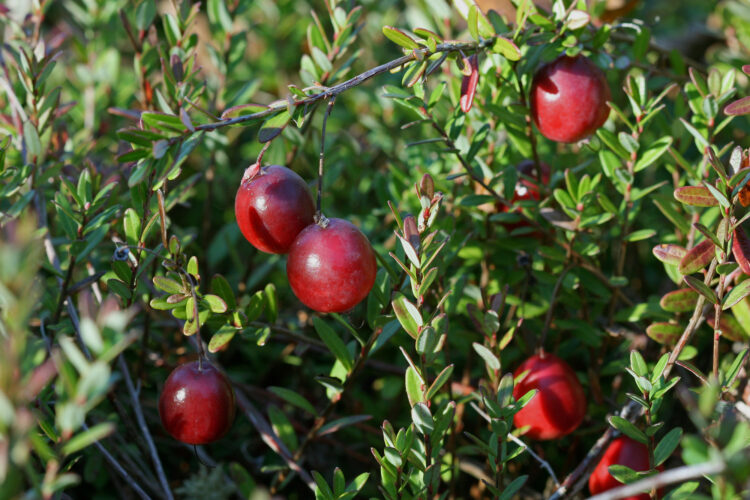 (2) Deerberries, of which Vaccinium stamineum is the common Ohio species,  have bell-shaped flowers, with the 5 lobes spreading. 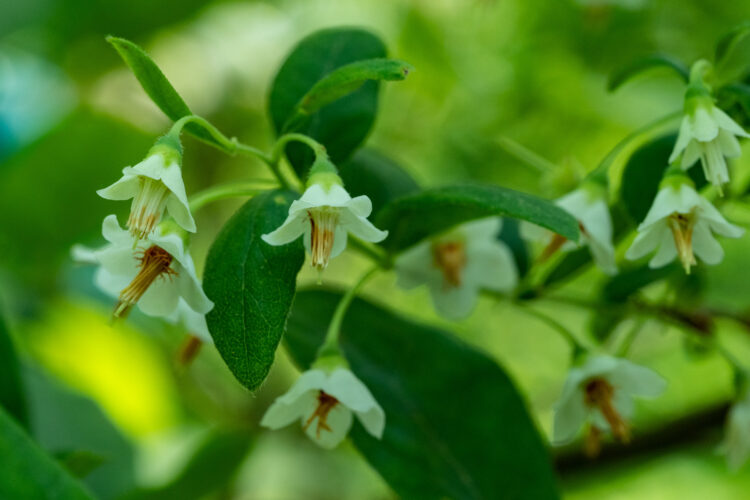 The leaves of deerberry are 2.5-10 cm long, pubescent (hairy) and pale beneath, with an entire margin. 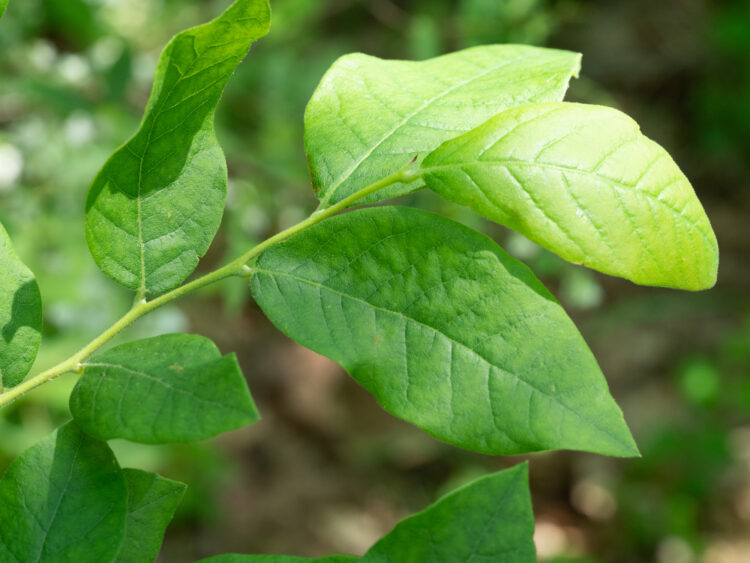 (3) Blueberries, of which Vaccinium pallidum is the common, wide-ranging Ohio species and is is a “low-bush” type, while V. corymbosum found in bogs in the northeast is a “high-bush” species, have flowers are are cylindric to globe-shaped, with minute lobes. Below, see V. pallidum (a name that includes what earlier references called V. vacillans). Note that the leaves of this species are typically serrate, and are generally smaller (only 2.5 to 4. 5 cm long) than those of deerberry. 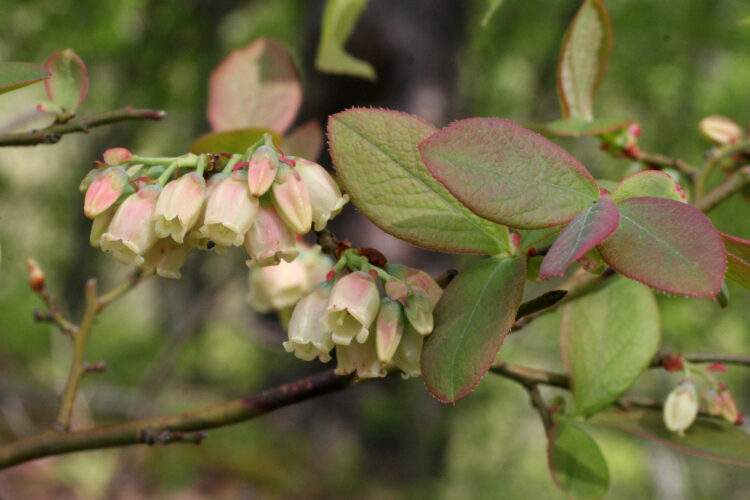 Where to find blueberry/deerberry. E. Lucy Braun, in The Woody Plants of Ohio (1961, 1989; The Ohio State University Press) tells us that blueberry/deerberry is a “Shrub, usually about 1 m. tall, showy when the corolla is fully developed. In Ohio, largely confined to the Allegheny Plateau but extending westward in the pin oak flats of the Illinoian Till Plain, and locally in leached banks. A widespread polymorphic species of acid  soils.” 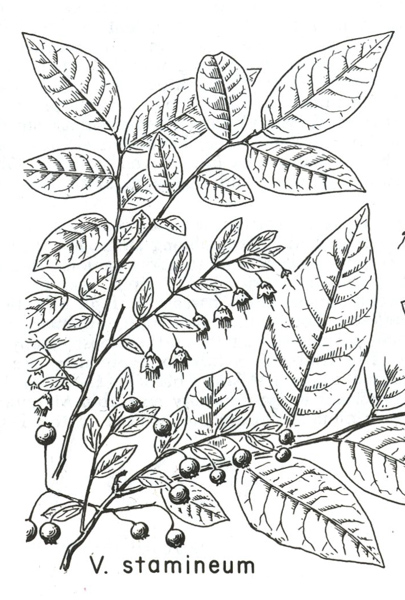 What family does Vaccinium belong to, and how does their substrate affinity influence the distribution of these plants in Ohio?