How to recognize eastern hophornbeam. The leaves are alternate in arrangement, simple in complexity, with sharply serrate margins. The shape is ovate, and the veins are straight. Foliage-wise it’s pretty much a dead ringer for another birch family member, American hornbeam/blue-beech/musclewood (genus Carpinus. Fortunately, fruits and bark come to the rescue. The nutlets are surrounded by ellipsoid papery bladder-like coverings (contrast them with the serrate wings that subtend Carpinus fruits.) 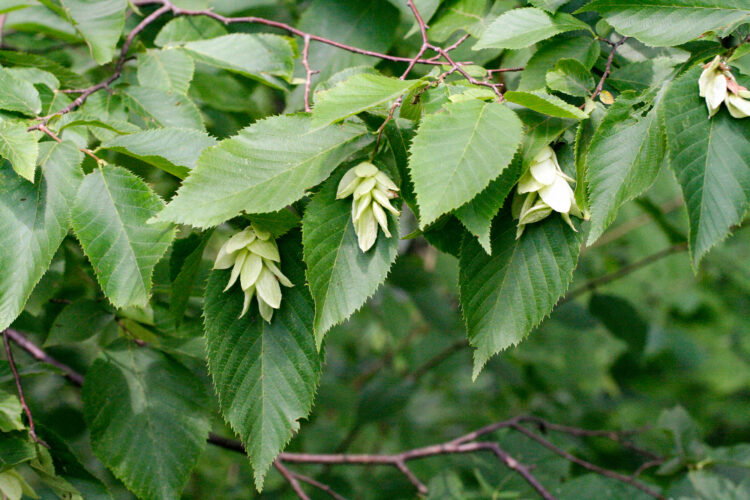 The bark is rough and scaly, splitting into thin vertical plates (so unlike the muscular appearance of Carpinus). 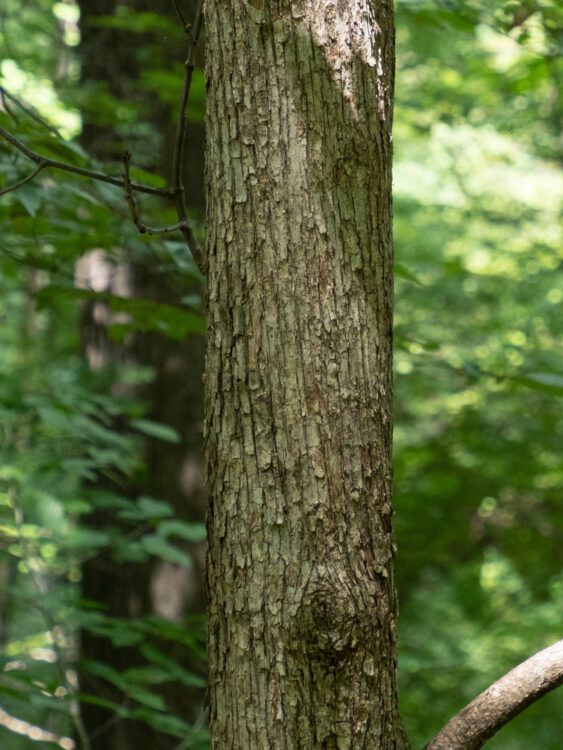 Where to find eastern hophornbeam. E. Lucy Braun, in The Woody Plants of Ohio (1961, 1989; The Ohio State University Press) tells us that this species is “Ranging throughout the deciduous forest; general and abundant in Ohio, where it grows ion a variety of sites: woods (dry, wet and mesic), dry rocky slopes and ledges, rocky shores (Erie Co.) and ravines.” 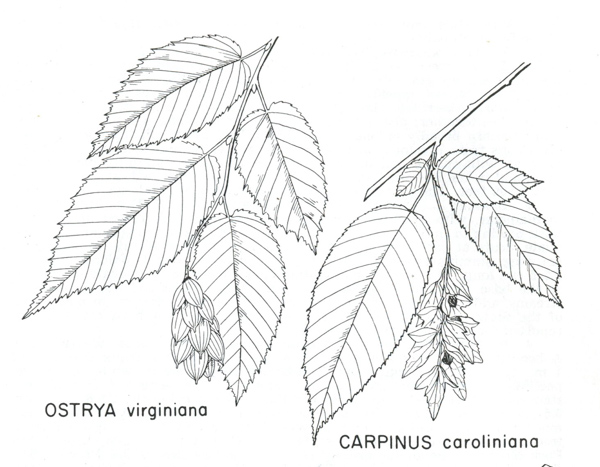 Eastern hophornbeam is on the left.

Why is it called hophornbeam? Does it jump around?

No, silly, it doesn’t jump around. It’s just that the fruits kind of resemble hops (the beer flavoring plant).