How to recognize sugar maple. Maples have leaves that are opposite in arrangement, usually simple in complexity, with lobed margins. The paired winged one-seeded fruits (samaras) are distinctive maple traits. Maples fall into two categories based on the hardness of their wood. The so-called “soft maples,” of which silver maple and red maple are examples, have serrate (toothed) lobe margins. Sugar maple, Acer scaccharum,  with its entire (untoothed) leaf margins is a hard maple. 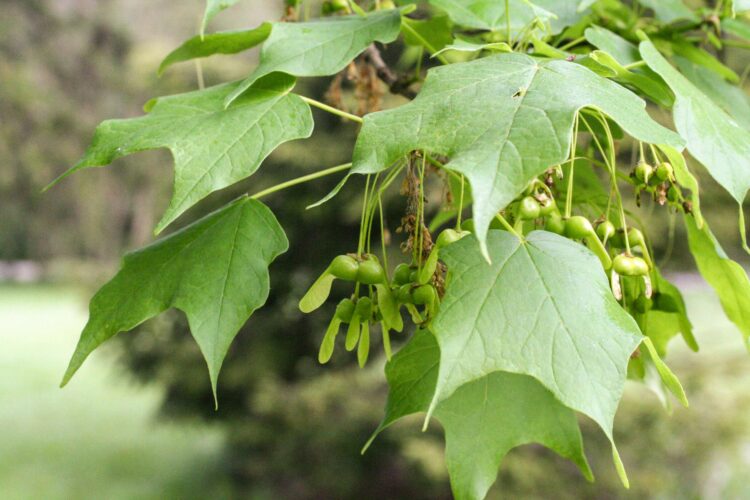 Sugar maple with young fruits. May 11, 2006 in Delaware County Ohio.

Flowers and fruits. Sugar maple flowers are tiny, each with 5 greenish-yellow sepals, and, being wind-pollinated, they lack petals. Although the flowers produce both stamens and pistils, the flowers are functionally unisexual, with the stamens not maturing in flowers that have a functioning pistil, and vice-versa. They typically bear both male and female flowers on the same tree (monoecious), but sometimes they are on separate trees (dioecious). 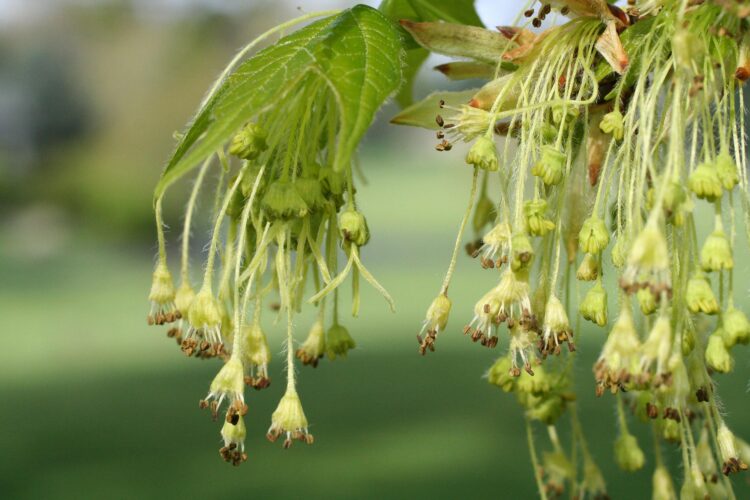 Sugar maple flowers April 25, 2006, in Delaware County, Ohio.
Most of the flowers here are functionally male.

The female flowers can be recognized by their Y-shaped stigmas spreading widely to catch pollen grains drifting through the air. 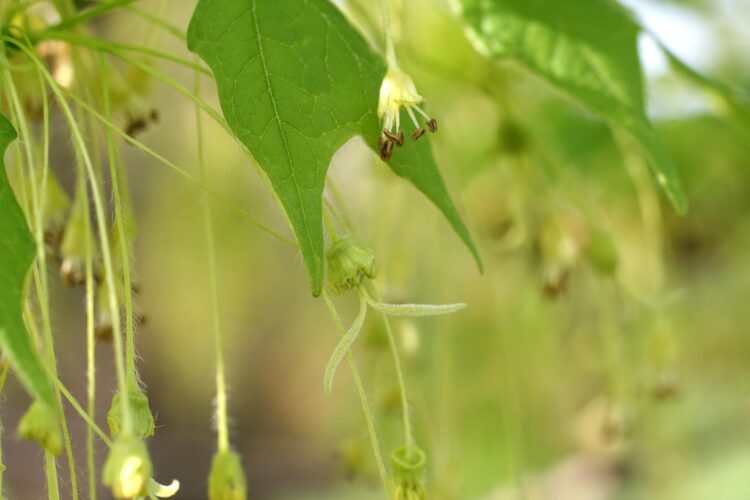 Compared with those of most other common maples, sugar maple samaras have small wings that lie nearly parallel with one another. 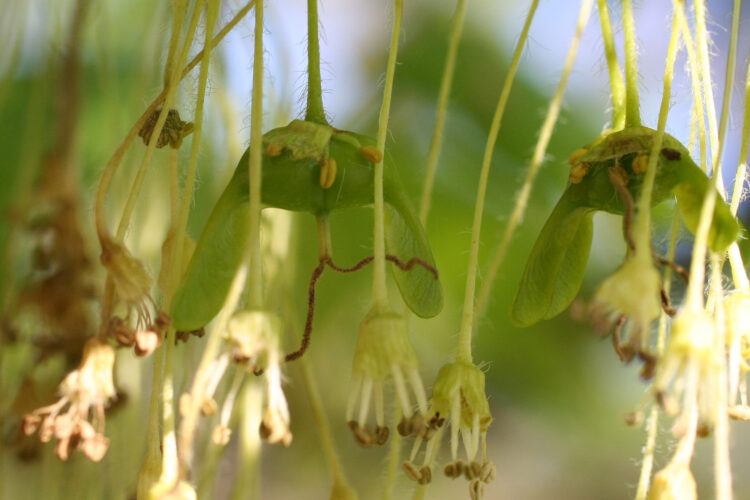 A pistillate sugar maple flower about halfway between being a flower and a fruit.

Bark. Sugar maple bark on young trees is smooth and gray; it becomes furrowed with age. 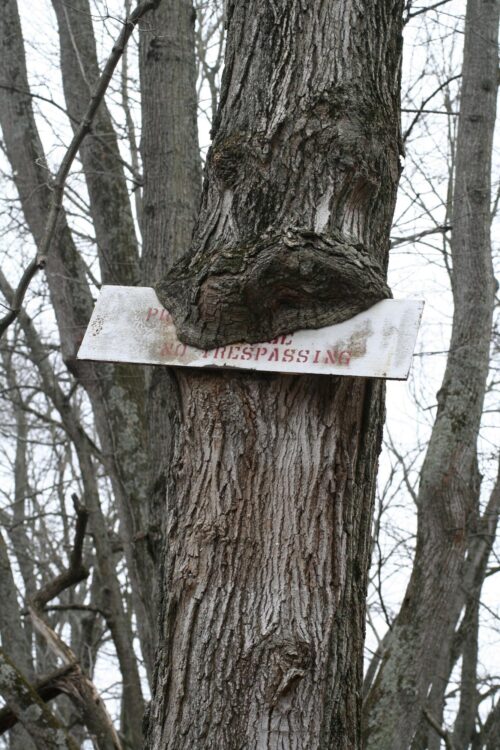 Sugar maples are dominant forest trees that often attain a diameter of around 2 feet. 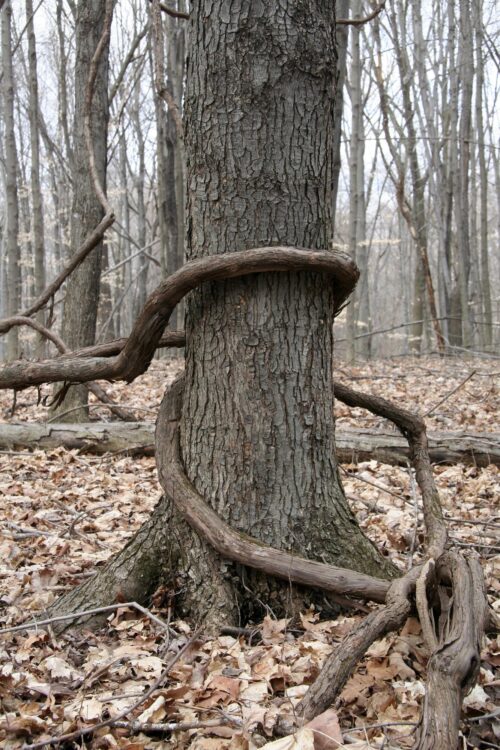 In the winter. Sugar maple twigs have  a true terminal bud, and oppositely arranged leaf V-shaped leaf scars that meet each other across the twig. The buds are gray, with imbricate (shingled) scales. 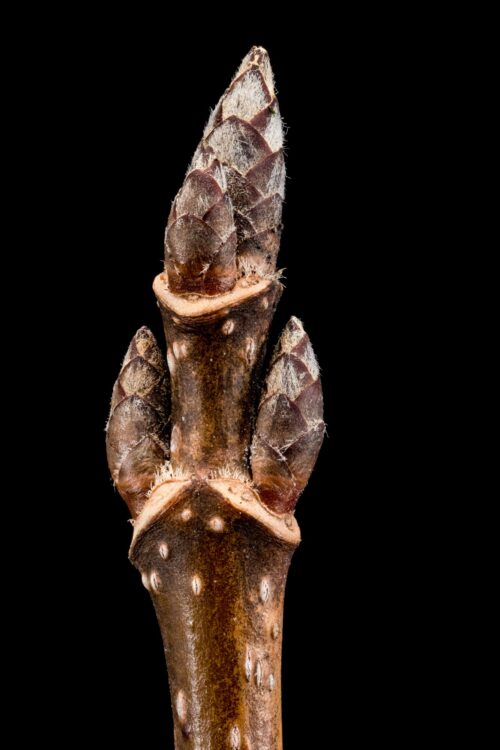 Where to find sugar maple.  E. Lucy Braun, in The Woody Plants of Ohio (1961, 1989; The Ohio State University Press) tell us that this species is  “A large forest tree, and one of the dominants of the Beech-Maple Forest region; in moist, rich, but well-drained soil. Widely distributed in Ohio, but less common in the area of the Prairie Peninsula and on the Illinoian Till Plain of southwestern Ohio. ” Conspicuous in spring because of the numerous yellow flowers in tassel-like clusters; leaves turning yellow to orange and deep red in fall. A valuable tree, and the chief source of maple syrup.”

Oooh, ooh! I have a question!

What are the three main plant mating systems? Flowers that each contain both functional stamens and pistils are “perfect” flowers. Plants like sugar maple that produce unisexual (either male or female) flowers can either be monoecious (having both sexes on the same plant, like most sugar maples) or dioecious (with separate male and female plants/individuals, like some sugar maples).