How to recognize white ash. Getting to ash is easy; it’s a tree with opposite pinnately compound leaves. Carrying on, the leaflets are stalked (eliminate black ash) and the twigs are round (eliminate blue ash), and you end up in the white ash versus green ash circle of confusion. Two things tell you it’s white ash: the upland habitat, and U-shaped leaf scars. 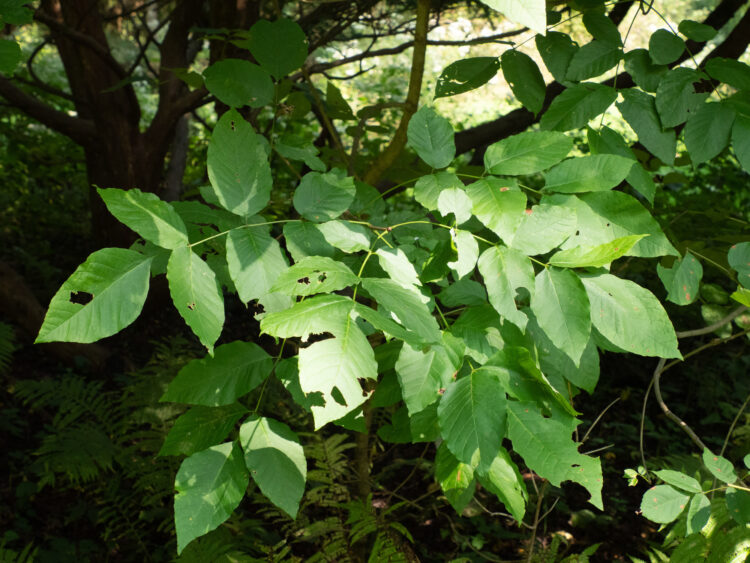 The leaf scars are a good example of an instance in which what we usually think of as winter ID features are helpful in the summer as well. Below, see side-by-side winter twigs of green ash and white ash. White ash is the smiley one. 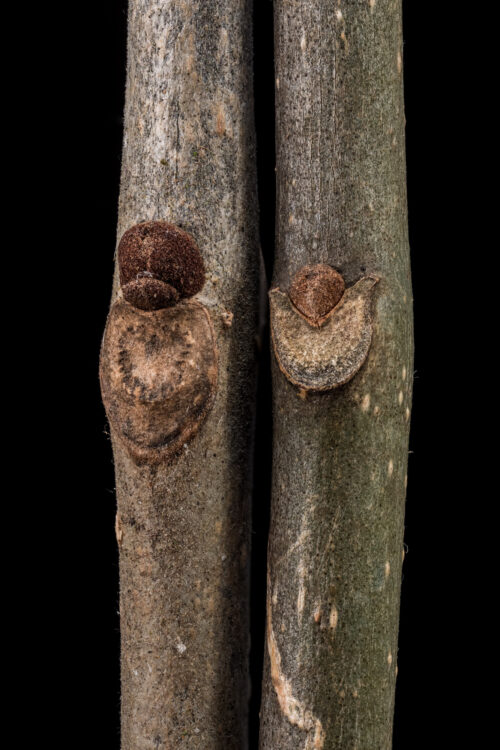 Ash twigs: green on the left; white in the right.

Where to find white ash. E. Lucy Braun, in The Woody Plants of Ohio (1961, 1989; The Ohio State University Press) tells us that white ash is “Ranging throughout the Deciduous Forest and Hemlock-White Pine-Northern Hardwoods region.” 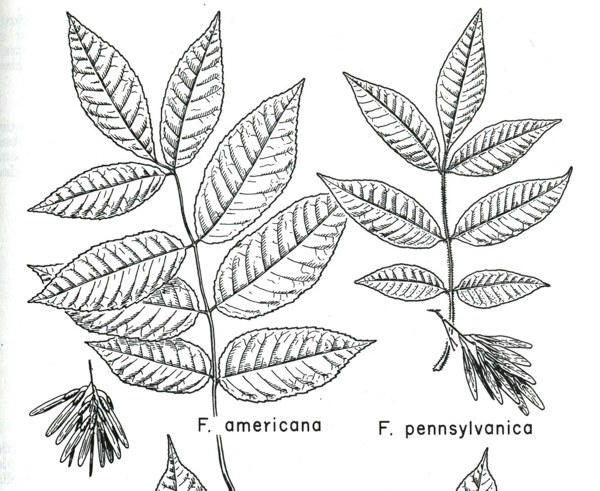 White ash is on the left.

Ooh ooh, I have a question!

What is the fruit type of ashes (named and described)

Ash fruits are “samaras,” one-seeded dry fruits that have a wing for wind dispersal.