Juniperus virginiana, red-cedar, also called juniper, is an extremely common and abundant conifer, especially in areas with calcareous soil. It has a distinctively dark pyramidal form, commonly seen scattered in old fields, where it is a pioneer in secondary succession. 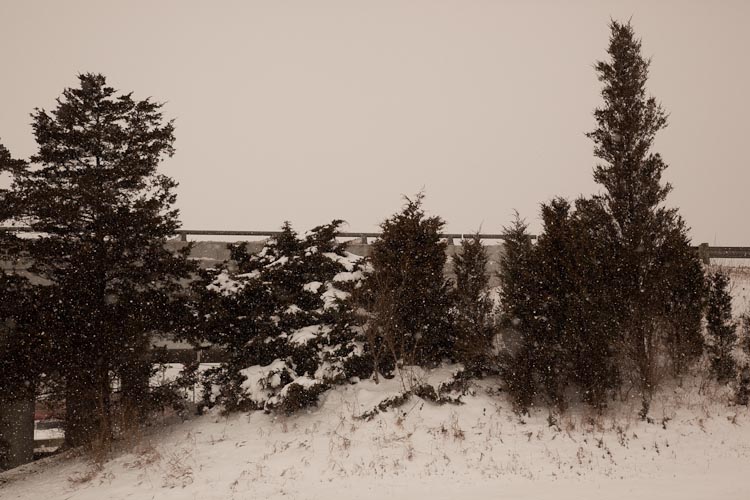 Eastern redcedar is a widespread conifer that grows in dry open areas. 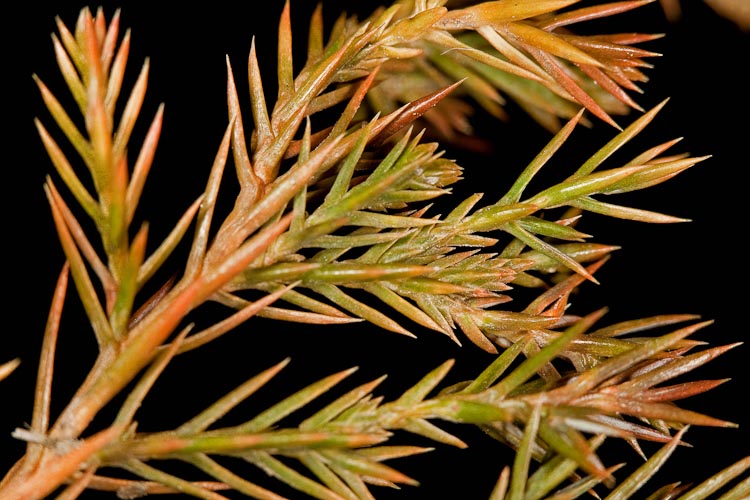 Older branches bear scale-like leaves that are pressed tightly against the stem. Below, see an older branch on a tree that happens to be male. Note the globe-shaped pollen cones. 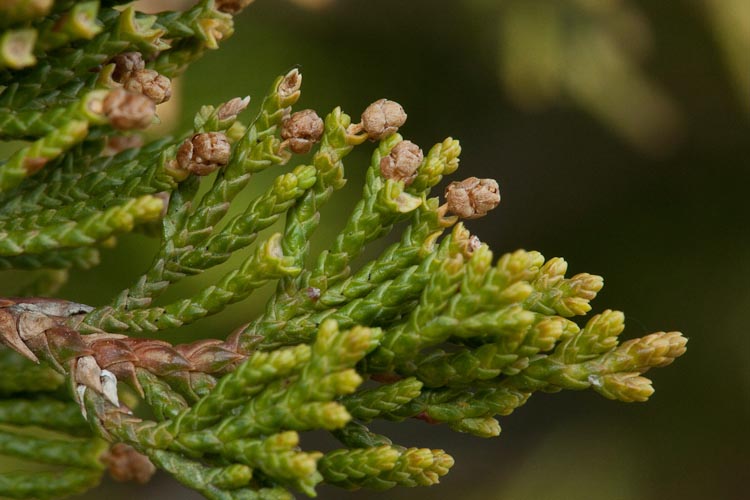 Unlike most other conifers, which are monoecious, junipers are dioecious, i.e., having separate male and female individuals. The females bear highly modified cones that, having fleshy and fused scales, eventually look quite berry-like. Here’s Ms. redcedar, growing nearby the male plant shown above, and photographed at the same time. Some of her branches bear 1-2 pairs of fleshy pink scales, at the base of which are 1 or 2 whitish ovules. See also a ripe persistent cone from the previous year; note how it corresponds to the current season’s not-flowers. The pointy edge of one of the scales is apparent. Wow. 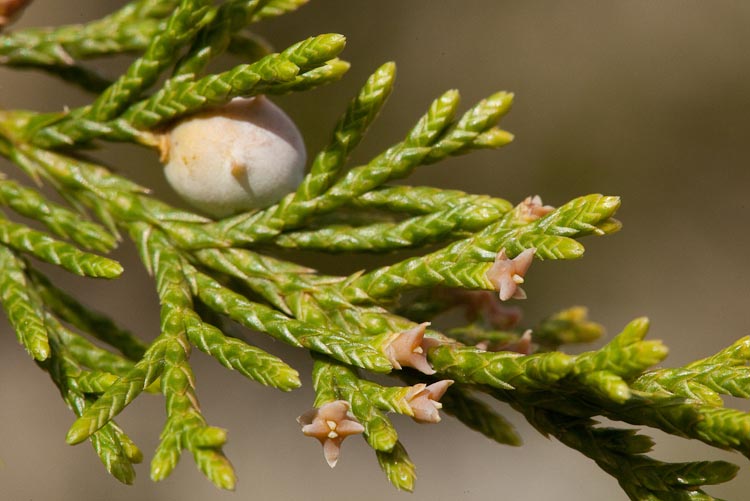 A natural/human history note: The “berries” of J. communis (common juniper, a shrubby species that occurs in Ohio, but is not very common) constitute the principal flavoring used in making gin. The word “gin” is derived from a modification of a French or Dutch word for “juniper.” (Like “Gin-iper.”) Juniper seed cones are an important winter food source for many songbirds, including thus-named cedar waxwings. 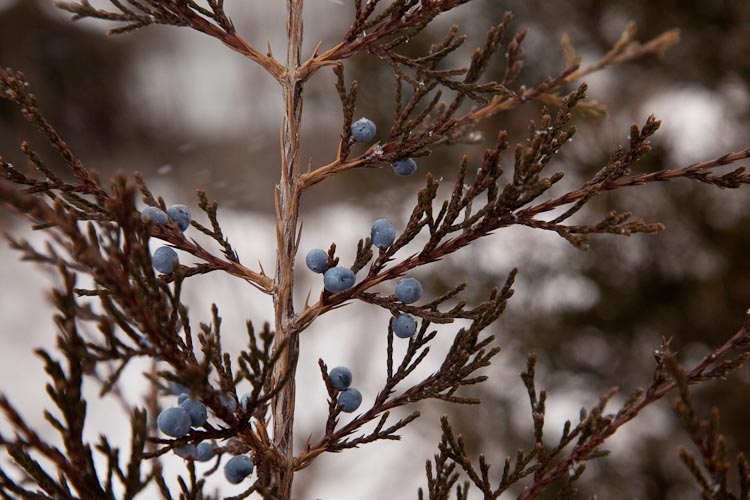 Eastern redcedar cones are fleshy, with fused scales. They look like berries!

Eastern redcedar is used for lining cedar chests, and is a source of wood for pencils. It’s also a host for a fungus called “cedar apple rust” (that would be better called “juniper-rosaceous rust”), a basidiomycete with a complex life cycle that alternates between two hosts –junipers and various members of the rose family such as apple, crabapple, and hawthorn. The spikey ball below is a gall on juniper, the means by which the fungus over-winters. The projecting horns are spore-producing structures. The spores go on to infect the rose family host, causing destructive lesions on leaves and fruits. 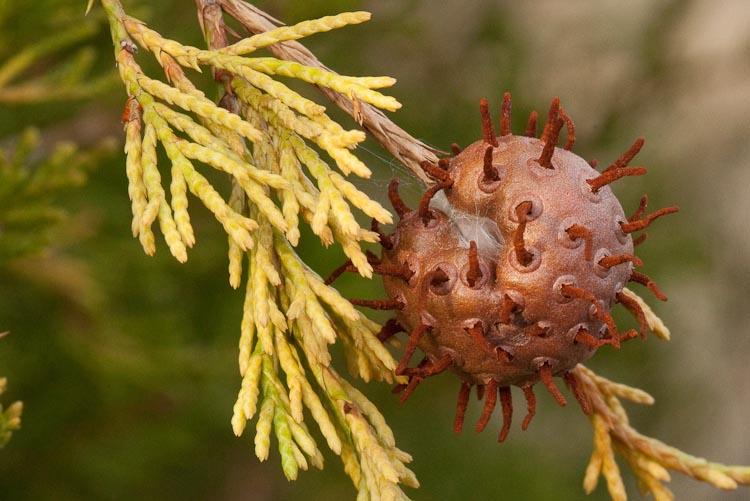 A “cedar apple” is a dramatic spore-producing structure of a rust fungus.
The fungus infects apples and related plants as alternate hosts required to complete its life cycle.