How to recognize  American sycamore. The large leaves are vaguely maple-like, i.e., simple and palmately lobed, but alternately arranged. 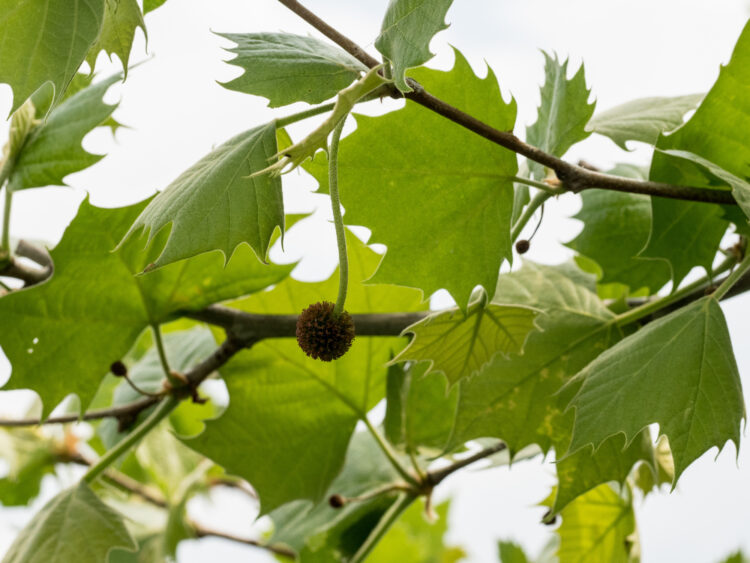 Flowers and fruits. American sycamore is monoecious, bearing unisexual flowers, both sexes on the same tree. They are produced in dense globe-shaped heads. Being wind-pollinated, they lack showy parts. 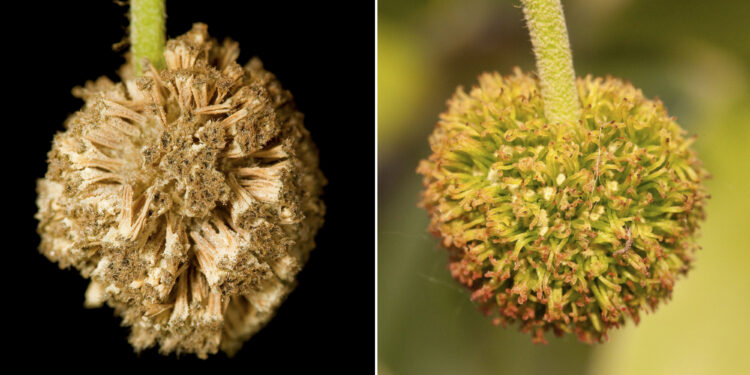 The fruit is a multiple of single-seeded nutlets or perhaps achenes (descriptions vary). 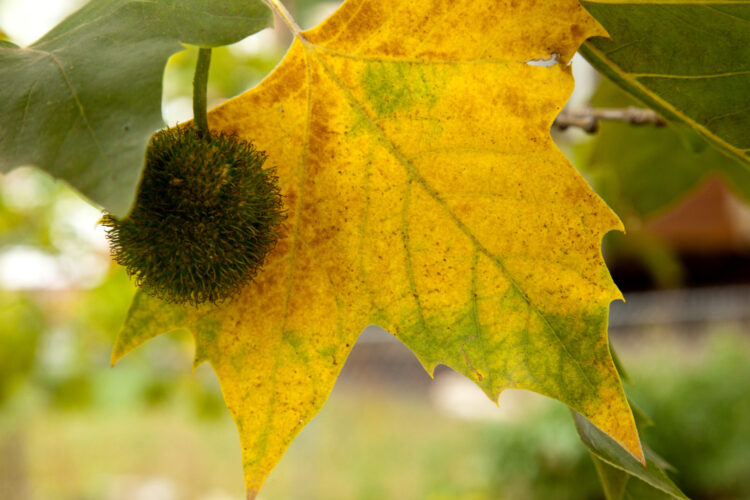 The fruits mature late in the season but remain attached in a ball-shaped mass until the next spring, when they break apart and are blown about by the wind. Each fruit is a small one-seeded unit with a tuft of hairs attached. They collect on the ground beneath the trees, as shown below along with a few photo-bombing elm fruits (the flat hairy-edged disks). 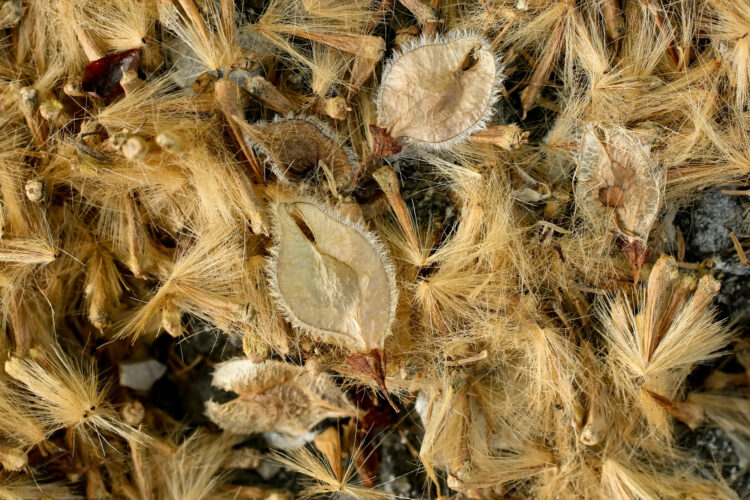 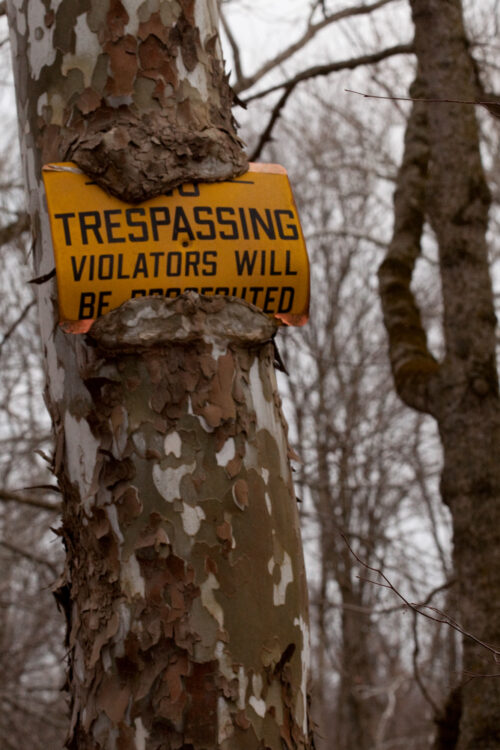 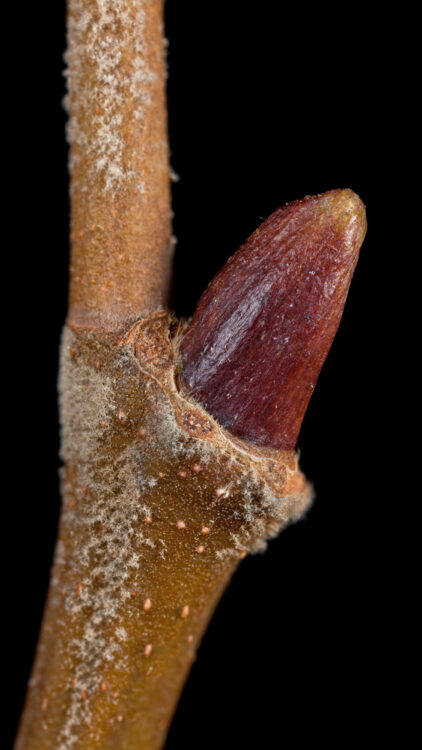 The sycamore bud is covered by a cap-like bud scale.

Where to find American sycamore. E. Lucy Braun, in The Woody Plants of Ohio (1961, 1989; The Ohio State University Press) tells us that this species is “A tree of floodplains, streamsides, and banks where there is local seepage, but not where subjected to long periods of submergence. 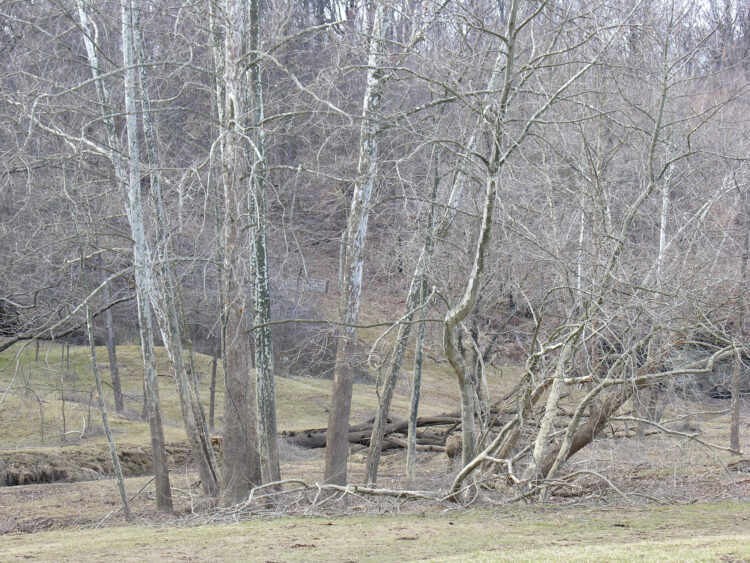 American sycamore along a stream. 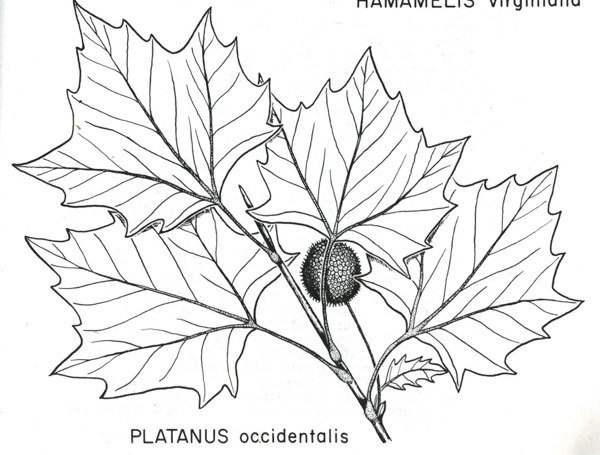 American sycamore is the largest of all eastern trees in girth, but not in height (that honor goes to tuliptree).