How to recognize redbud. Aww, how romantic, leaves like so many Valentine’s hearts. Or maybe they’re kidneys…less sentimental but probably more anatomically correct. 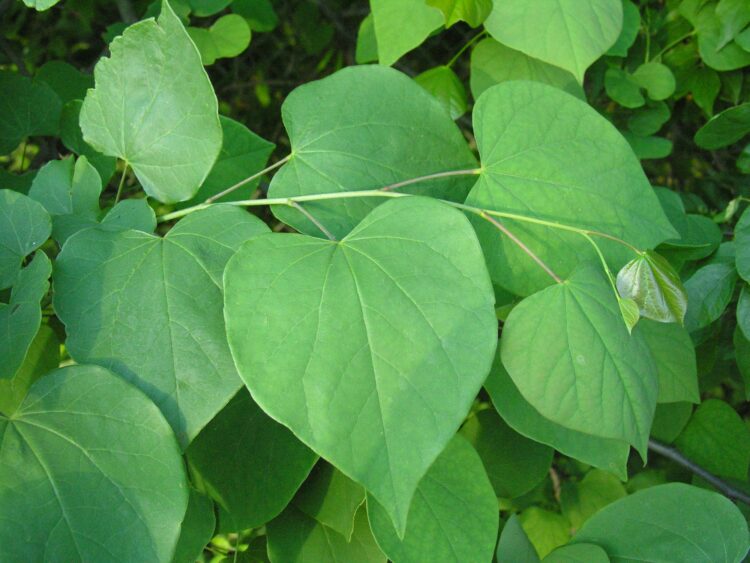 Redbud leaves are alternate, entire-margined, with a pleasing cordate shape.

Flowers and fruits. Redbud is an understory tree, most evident in late April, when it explodes with pink pea-like flowers. 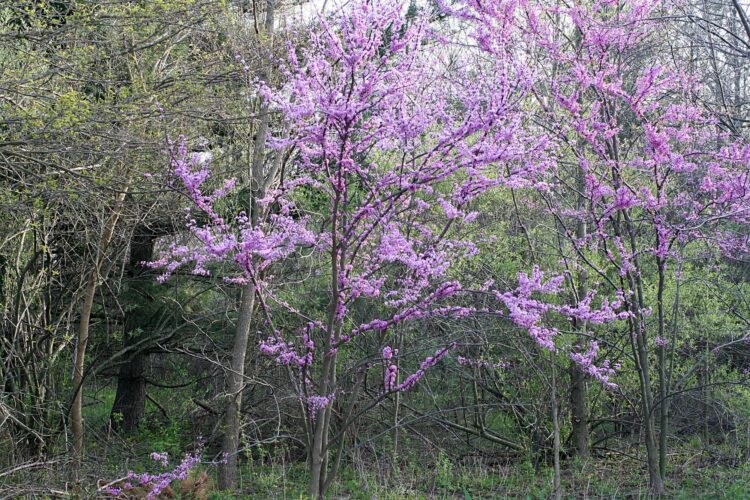 Redbud stands out when it is in flower.

The flowers are bilaterally symmetrical, with a typical pea family (Fabaceae) structure, and a simple one-chambered fruit, a legume.

Redbud is a member of the legume family, with pealike flowers and fruits.

Redbud flowers look like little pea blossoms, clearly indicating that redbud is indeed closely related to peas, beans and other such “legumes.”

There’s an ancient an ancient myth involving Judas and an Asiatic species of redbud, including its supposed effect on flower color. Redbud is also known as “Judas-tree” because the tree’s flowers were originally white, but turned pink in embarrassment after Judas hung himself in the tree. 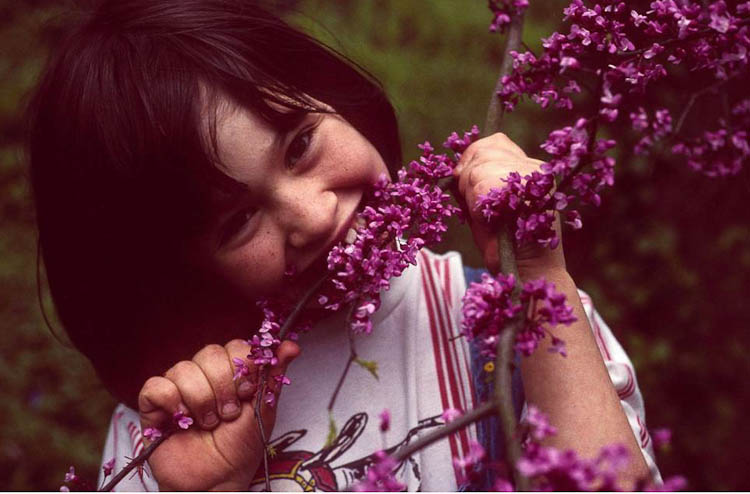 Bark. Redbud bark is gray-brown, at first smooth but with fissures and ridges as it gets older. 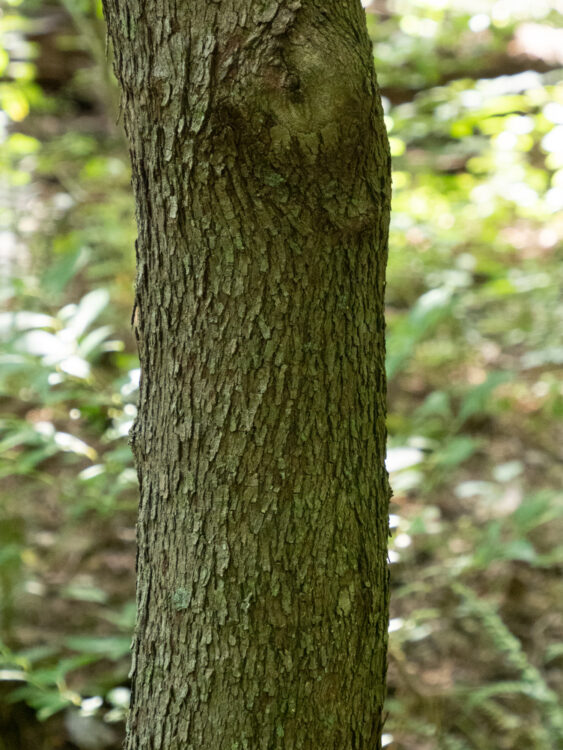 In the winter. Redbud twigs are narrow, with small oval leaf scars that are alternate in arrangement. . 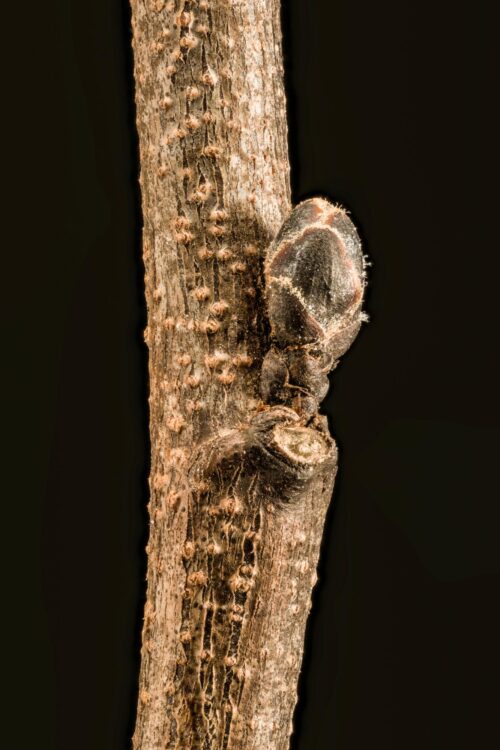 Where to find redbud. E. Lucy Braun, in The Woody Plants of Ohio (1961, 1989; The Ohio State University Press) tell us that this species “In Ohio, infrequent or local in the northern third of the state, more common southward; abundant on calcareous soils in southwestern Ohio, where it sometimes is the dominant tree of young second-growth stands, es-ecially on slopes of southerly exposure.”

What plant family does redbud belong to, and even so, what general ecological feature of that family is it missing?

Redbud is a member of the legume family, Fabaceae. While most legumes have nitrogen-fixing bacterial living in nodules in the roots, redbud lacks this symbiosis and is not a nitrogen-fixer.