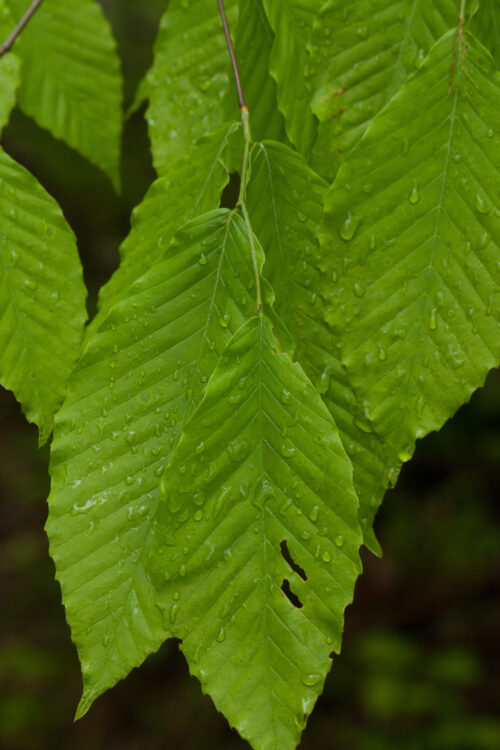 Beech leaves are marcescent, remaining attached to the tree even after withering. 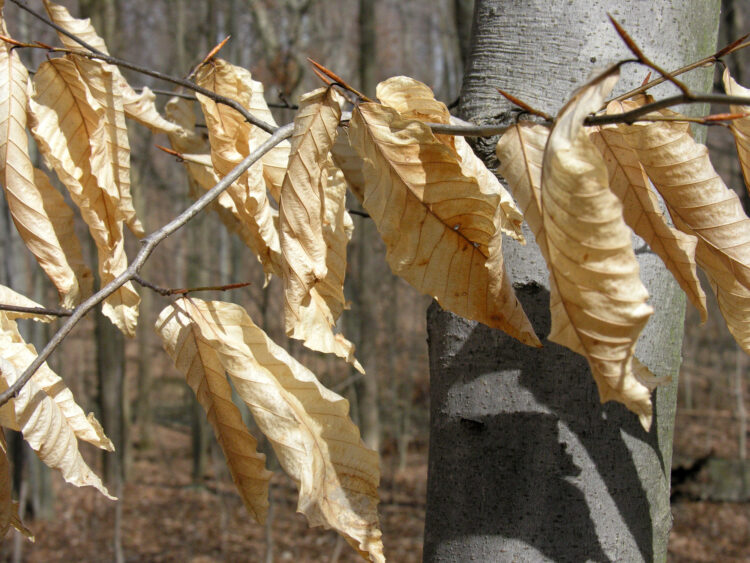 Beech leaves remain attached to the tree in winter.

Perhaps the most distinctive beech trait is the smooth gray bark. It’s well suited to a fun woodsy craft that everyone should try: bark carving! (kidding…just kidding) 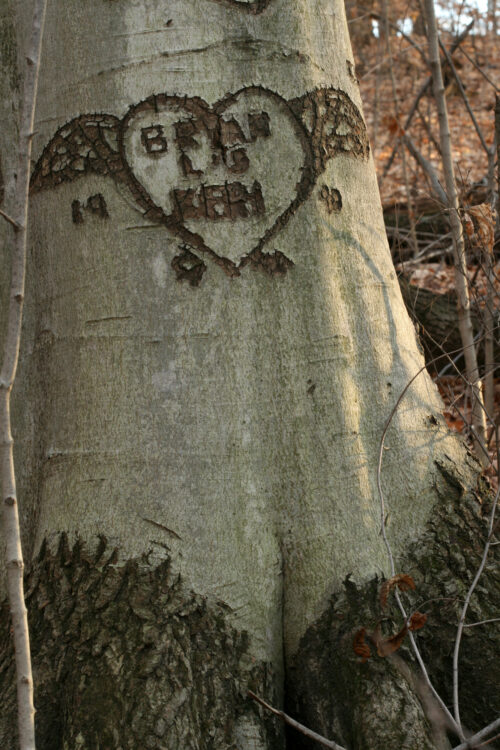 Flowers and fruits. The trees are monoecious (unisexual flowers, both sexes borne on the same trees). The males are presented in knobby catkins. The fruits are one-seeded nuts with a spiny triangular husk. 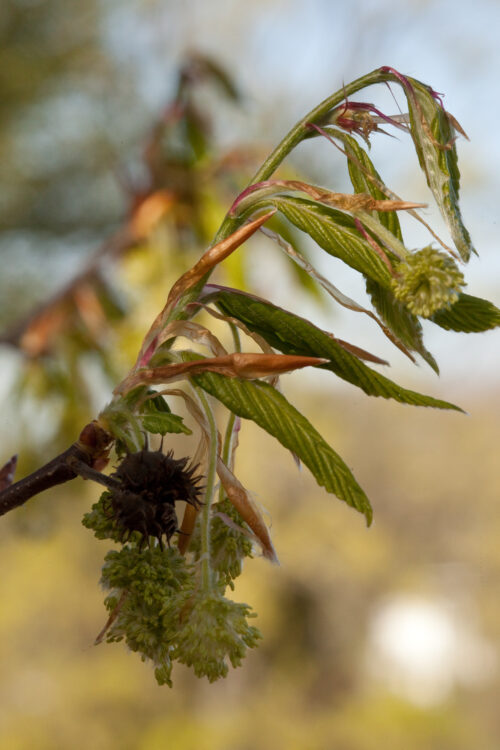 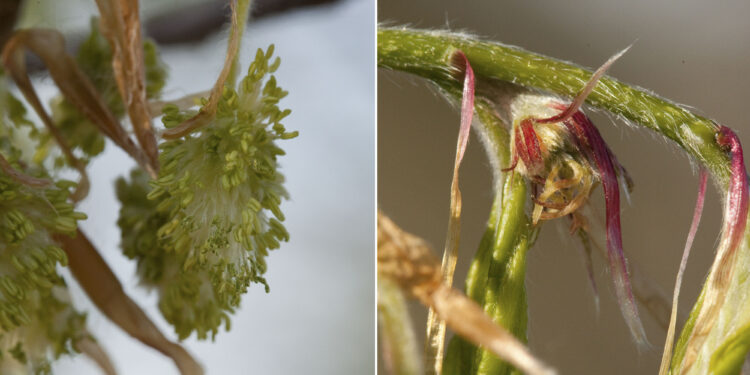 In the winter. American beech buds are amazingly long and sharp-pointed. 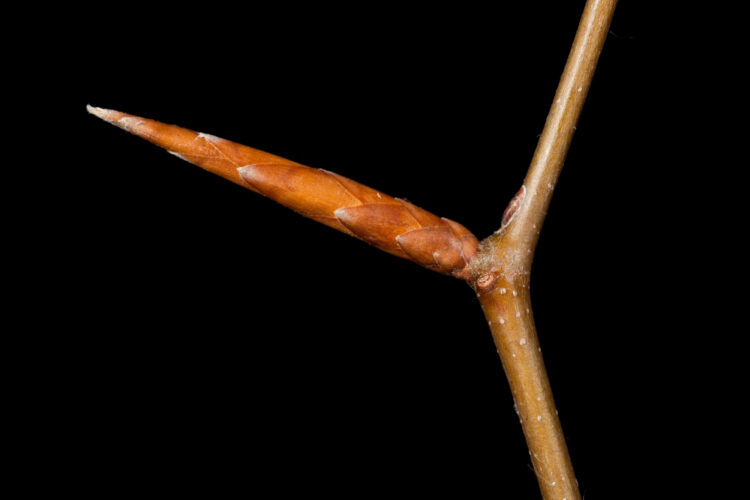 Where to find American beech. E. Lucy Braun, in The Woody Plants of Ohio (1961, 1989; The Ohio State University Press) tells us that American beech is “Widely distributed, ranging through all of the more mesophytic forest regions of the East, but limited westward by dryness. Throughout Ohio, and probably in every county, but local in the area of the Prairie Peninsula” and general in Ohio.” 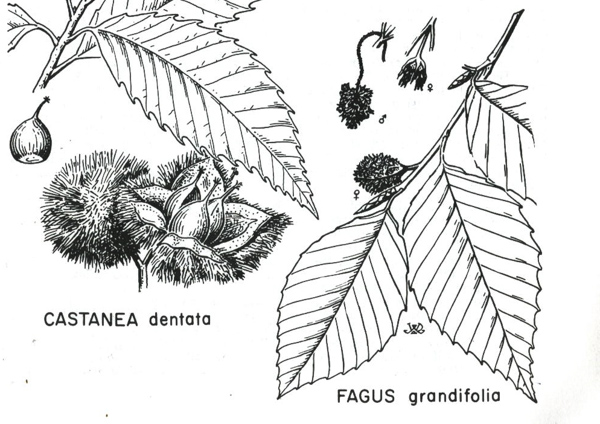 A serious new threat to American beech trees was first observed in northeast Ohio’s Lake County in 2006. What is it, what are its symptoms, and suspected cause?

Beech leaf disease (BLD) is characterized by dark banding between the veins of leaves. The leaves wilt, and trees, especially small ones, can die. The disease appears to be associated with a nematode worm. Read about it HERE on the Ohio Department of Natural resources web site.