Gymnosperms are the “naked seeded” plants. They do not produce flowers, hence there are no ovaries completely enclosing ovules, and no fruits completely enclosing seeds. These are the cone-bearing plants, producing uncovered (naked) seeds in pairs at the base of female cone scales. Gymnosperms are woody plants, mainly needle-leaves evergreen trees that are in most instances monoecious (bearing unisexual structures on different parts of  the same plant). 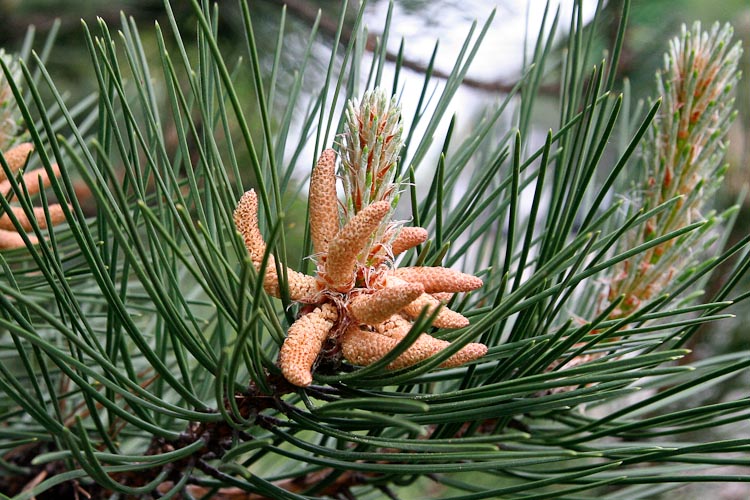 Uniquely among our conifers, pine (genus Pinus) reproduction takes two years. During the beginning of the first year, at the same time that the male cones are sending clouds of yellow pollen into the air (ha-choo!), the newly-formed female cones are teeny-teeny tiny-tiny little things, barely distinguishable from ordinary branch tips. 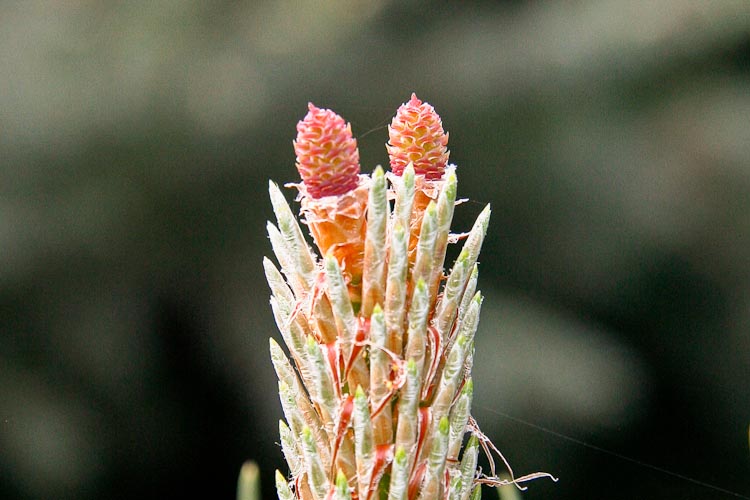 Austrian pine ovulate cone at beginning of year one.
Pollination occurs at this stage.

Some lucky pollen grains that happen to land on a drop of sticky fluid produced by the female (ovulate) cone get drawn into the cone, where they remain dormant for a year. During that year, small multicellular gametophytes –two per cone scale –develop within the cones. These 1-year old cones are medium-sized, greenish, and tightly closed. 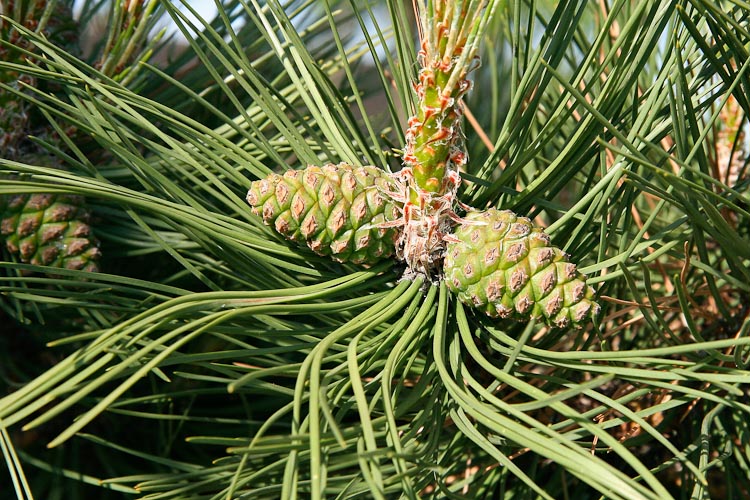 At the beginning of the 2nd year, fertilization (egg + sperm -> zygote/embryo) occurs, using pollen grains that were sucked into the cone the previous year. Thus in pines there’s an interesting peculiarity in timing: pollination and fertilization occur an entire year apart! At the beginning of the second year, sperm from the pollen grains that were captured one year ago fertilize the egg in the gametophytes at the bases of the scales, which develop into winged seeds in pairs at the bases of the scales. The cone scales separate and the winged seeds drift away at the end of the second year. By the time we tend to notice them, the familiar dark dry woody pine cones have released their seeds, although careful examination sometimes reveal a few stuck seeds  remaining. 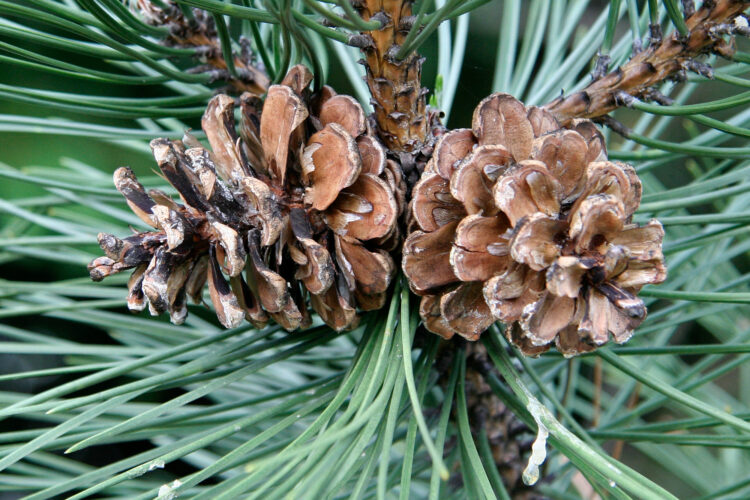 In Summer, 2020 the OSU Ohio Plants course was entirely online (taught remotely). The instructors put together video versions of the lectures that were traditionally done in-person and placed them on YouTube. This material below is an aggregation of those lectures.

Let’s learn some basic botany, as there is an aspect of pine reproduction we find fascinating. It takes two years Pollination happens in year one, before the female gametophytes are even in existence. The pollen grains patiently wait for their partners to develop. Amazing!