How to recognize yew. Yews are shrubs with leaves that are flat, attached singly, and have distinct petioles (leafstalks) attached to twigs and branches that are rough from persistent leaf bases. The leaves are green beneath. (The image below is of the nonnative cultivated English yew, Taxus baccata.) 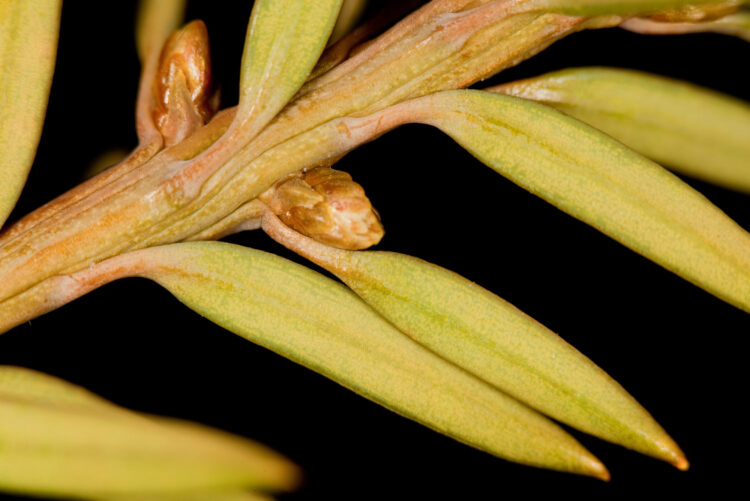 Yews are dioecious (consisting of separate male and female individuals). Although they are clearly members of the phylum Coniferophyta (conifers), a name that means “cone-bearing plants,” yews are remarkable in that they produce their seeds not in cones, but singly. Moreover, each seed is surrounded by a loose-fitting extra seed covering termed an “aril,” giving it the impression of being a berry, which it is decidedly not, as gymnosperms produce naked seeds, not ovary-enclosed ones. (The image below is of the nonnative cultivated English yew, Taxus baccata.) 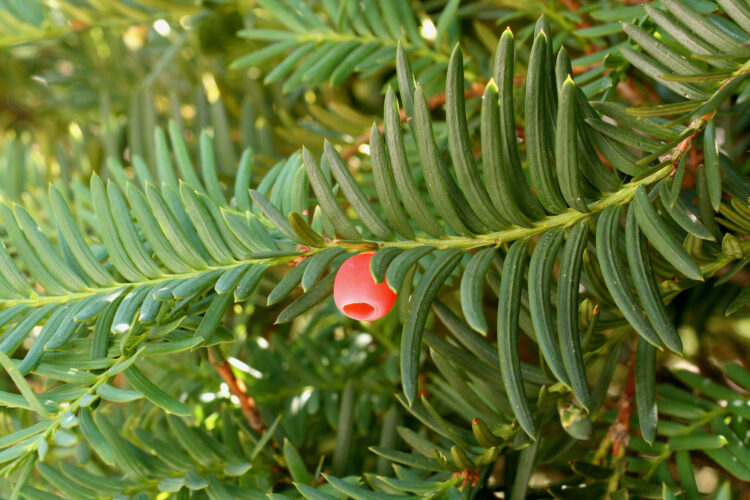 A close look at the seed confirms that yew is indeed a gymnosperm. You can see the seed; it’s not contained in anything, but is just partly enveloped by the aril. It’s naked! (The image below is of the nonnative cultivated English yew, Taxus baccata.) 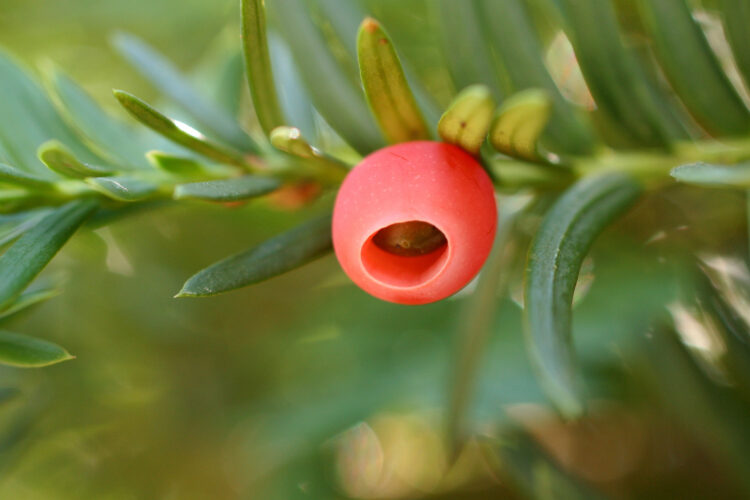 Incidentally, Yews are quite poisonous–nearly all parts: the foliage and the seeds. Just the red fleshy aril is said to be edible.

Occurring in Ohio, Canada yew, Taxus canadensis, is described by E. Lucy Braun, in The Woody Plants of Ohio (1961, 1989; The Ohio State University Press) as “A straggling shrub of northern range, widely distributed in Ohio, but local except in the northeast. Various habitats: wooded bluffs, cliffs, boggy woods. At its southernmost Ohio locality (Highland County) it festoons dolomite cliffs; in west-central Ohio (Champaign County) it grows under arbor vitae in a bog forest. Young individuals of hemlock are sometimes mistaken for yew, but can be distinguished by the two white lines on the lower side of the leaves; leaves of yew are green beneath.”

Unfortunately, yew is heavily browsed by deer, and so it may be restricted in some places to boulder-tops where deer are unable to reach it.

The photos below were taken in Maine. 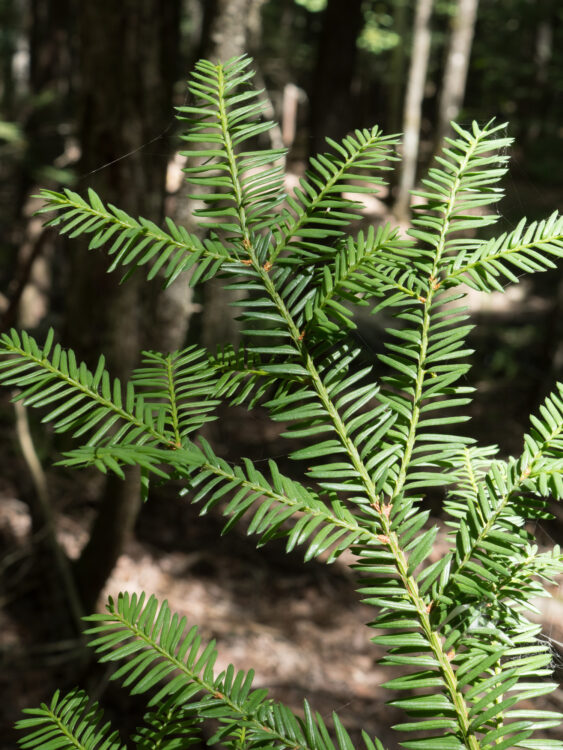 Note the uniformly green undersurface, where two faint lines of stomates are visible (in contrast with the bright white lines seen on hemlock.) 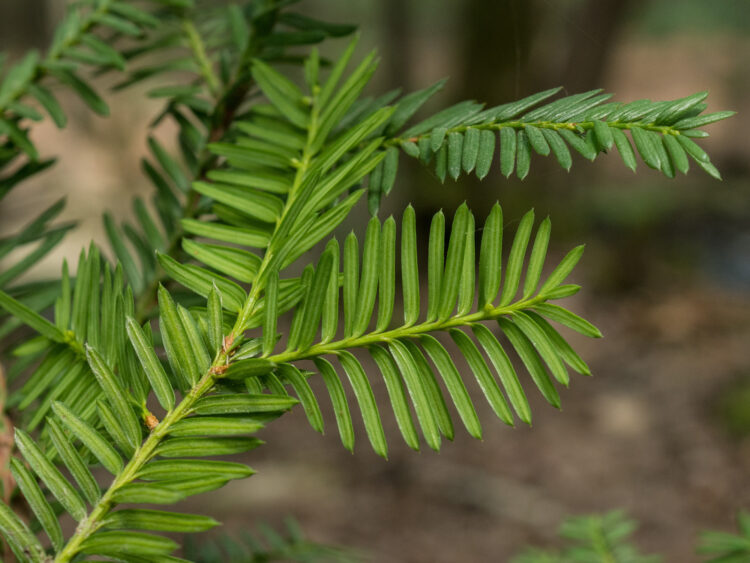 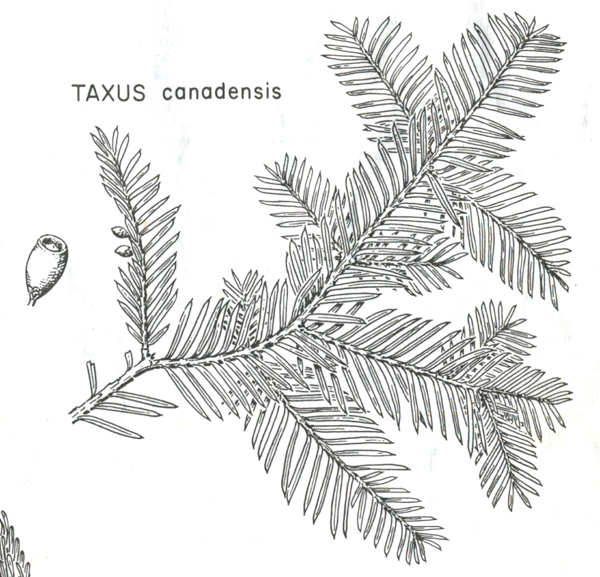