How to recognize American basswood. The leaves are large, alternately arranged, cordate (heart-shaped) with a markedly asymmetric base, and coarsely toothed, with the teeth long-pointed. 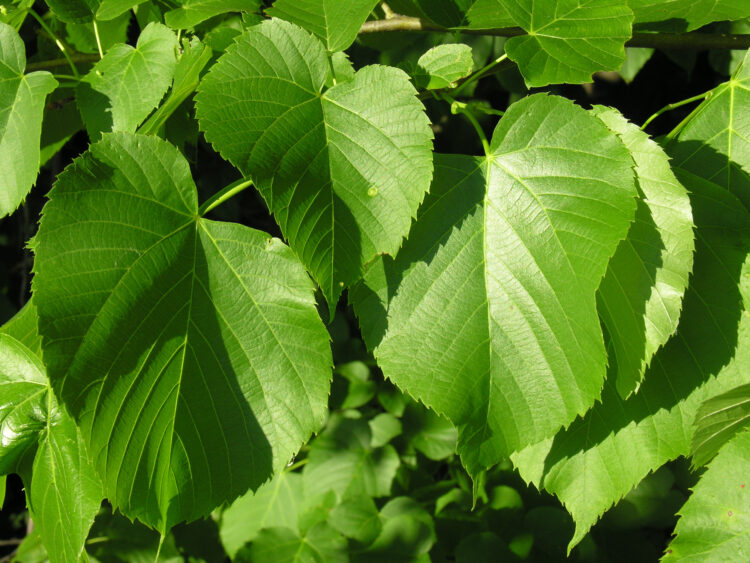 Flowers and fruits. American basswood flowers are perfect (i.e., containing both male and female parts), somewhat showy, and fragrant. They are a principal summer nectar source for honeybees. (basswood honey is a “thing.”)

American basswood flowers are perfect (containing both anthers and a pistil).
Very fragrant, they are eagerly sought by bees.
July 9, 2006, Delaware Ohio.

They are a principal summer nectar source for large bees. (basswood honey is famous.) The photo below shows a bumblebee. 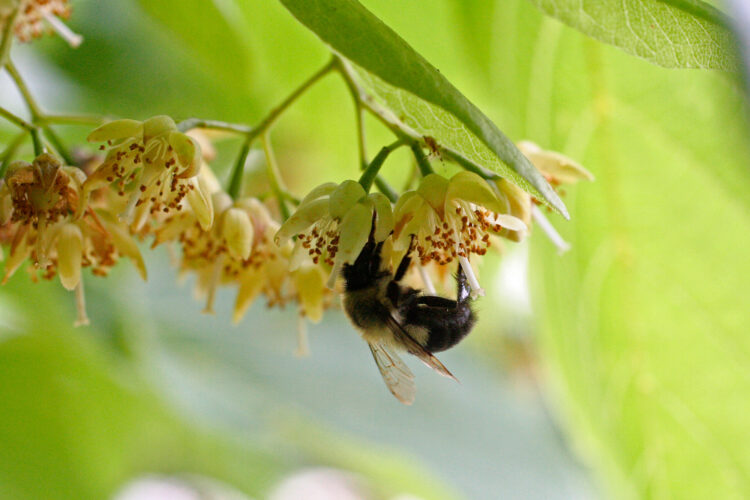 A bumblebee visiting a basswood flower.

The flowers, and later the fruits, are borne in few-flowered clusters at the end of a stalk that is fused for part of its length to a strap-shaped leaf-like bract. 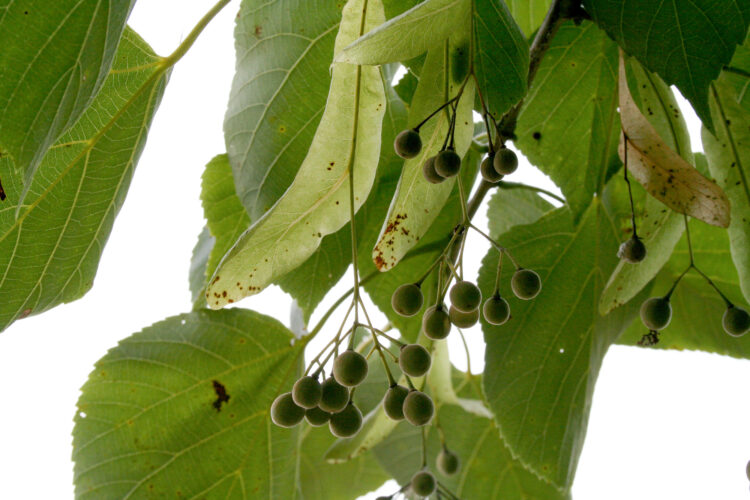 American basswood fruits in mid-August.
They are dry drupes. Note the foliaceous bracts.

Bark. The American basswood trunk is uniform in diameter without low branches, and has fine ridges running lengthwise. 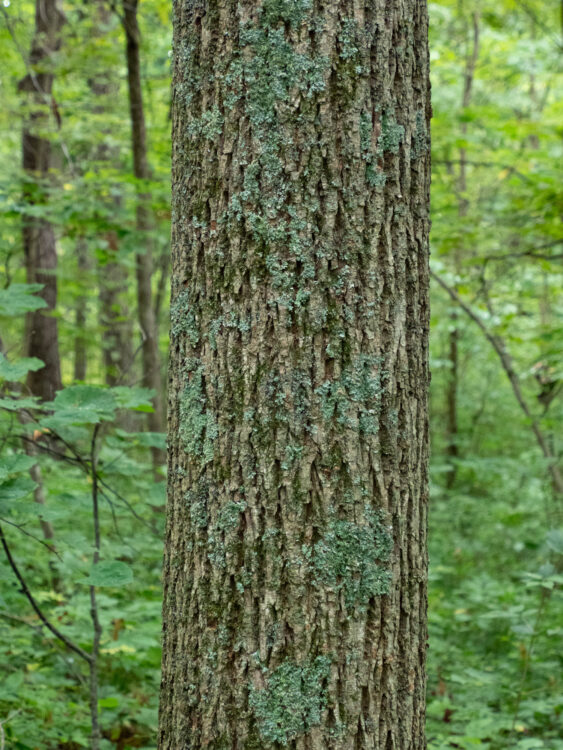 In the winter. American basswood buds are ovoid, scaly, and dark purple. 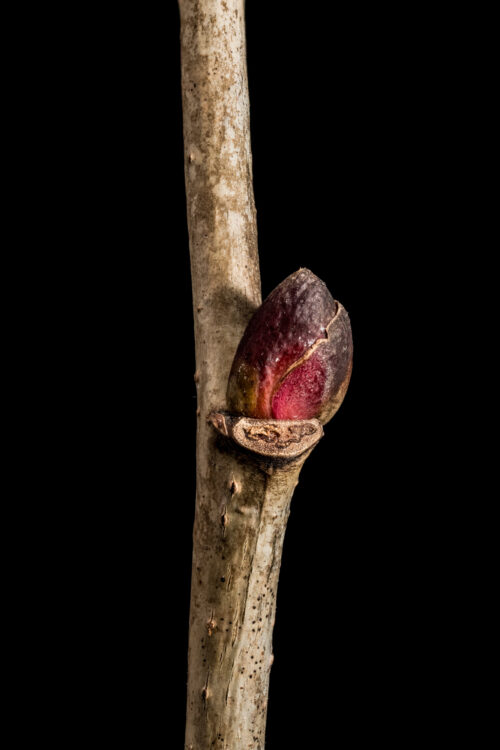 Where to find American basswood. E. Lucy Braun, in The Woody Plants of Ohio (1961, 1989; The Ohio State University Press) tells us that American basswood is “A forest tree of northern range, most abundant toward the northwest, where it is a dominant tree of the Maple-Basswood Forest region. Frequent in Ohio in the glaciated area.” 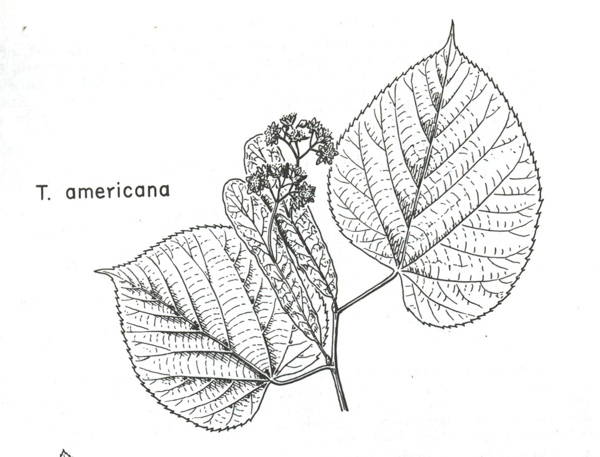 Is basswood wood especially good for anything?

Smooth, uniform and soft, basswood is an ideal wood for carving. A simple search of the online retailer Amazon.com for example, shows this: 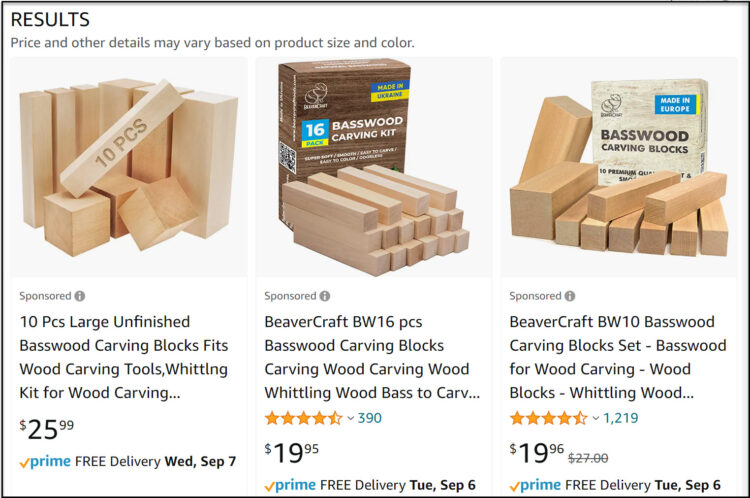 Basswood is great for carving.