How to recognize blue ash. Ashes (except for one maple with an identity crisis and the invasive Amur cork tree) are our only trees with opposite pinnately compound leaves. The fruits of ashes, like those of maple, are single-seeded ones with a wing for wind dispersal; such a fruit is termed a “samara.” Unlike that of maple, which is double, an ash samara is single, thus resembling a little canoe paddle. (Now, where can I find a little canoe?)

Many ash species have a color as part of their common name. There’s white ash, green ash, red ash, blue ash, and black ash. They can be hard to identify, but blue ash is an easy one, thanks to its 4-angled branches. Blue ash leaves have stalked leaflets, leaves that are green, not whitish beneath, and samaras that are broader than the more frequently encountered green ash. 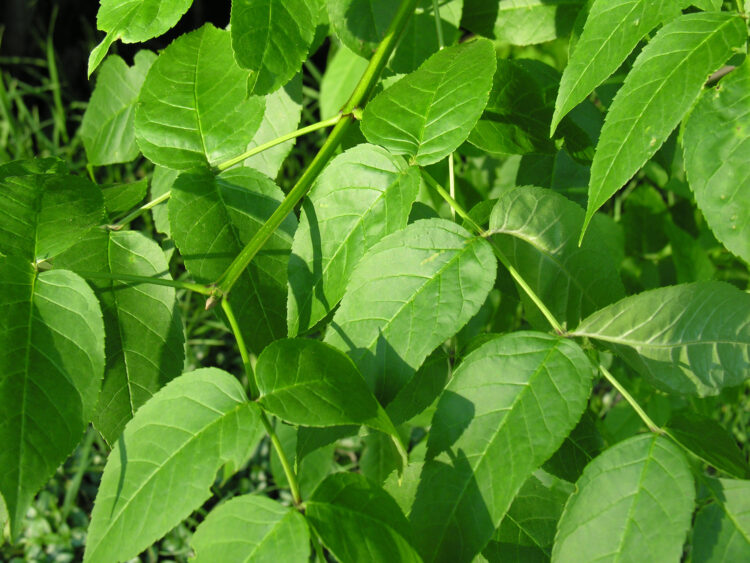 Flowers and fruits. Unlike all our other ashes, which are dioecious (consisting of separate male and female individuals), blue ash has perfect flowers, i.e., each one includes both stamens and a pistil. In the photo below, see at much-branched flower cluster (panicle) with petal-less flowers each consisting of a pair of stamens flanking the base of an expanded ovary that will later develop into a dry one-seeded fruit. 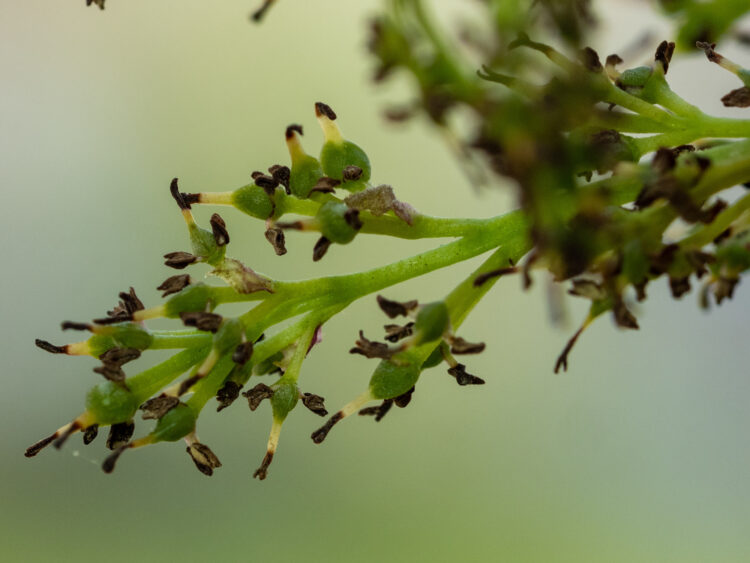 Blue ash flowers are perfect, each having both stamens and a pistil.
April 21, 2021

The fruits of blue ash are oblong, blunt and twisted samaras–one-seeded dry fruits that are wind-dispersed. 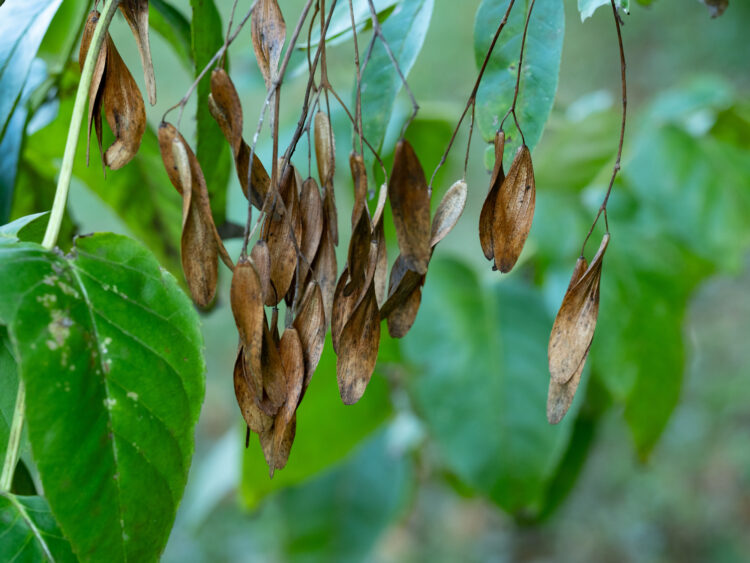 In the winter. Ash twigs have a true terminal bud, an oppositely arranged leaf scars that are more or less circular in outline, not reaching across the twig to touch as do those of maples. Blue ash twigs are at least sharply 4-angled, but are often winged as well. Note the terminal bud is leaf-like, appearing nearly naked. 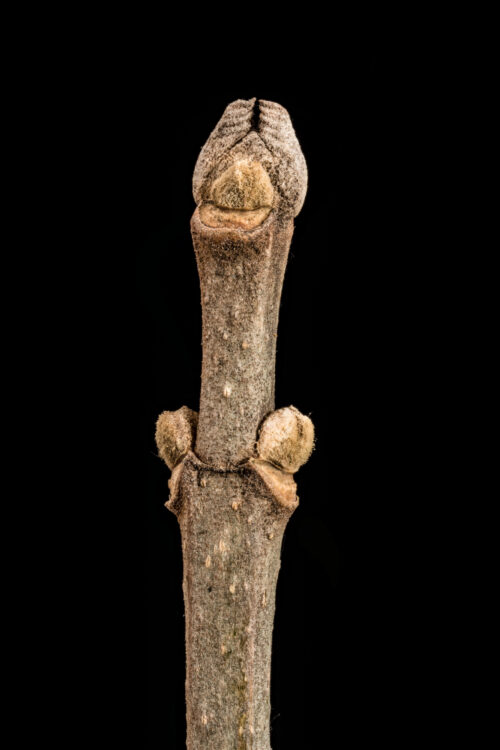 Where to find blue ash.   E. Lucy Braun, in The Woody Plants of Ohio (1961, 1989; The Ohio State University Press) tells us that blue ash is “A large tree of central interior range, essentially where outcrops of calcareous rock occur, or where glacial soils are calcareous.”

Scanned Image from an Old Book
Flora of West Virginia, by P.D. Strausbaugh and E.L. Core 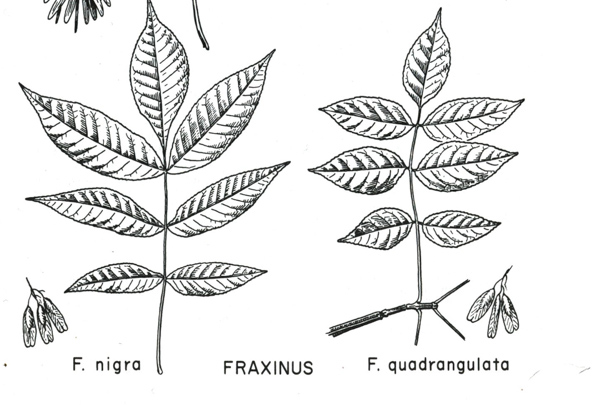 Blue ash is on the right.

Blue ash is a “calciphile,” having a distribution generally limited to limestone. Other such trees include hackberry, and chinquapin oak (and others; see below). 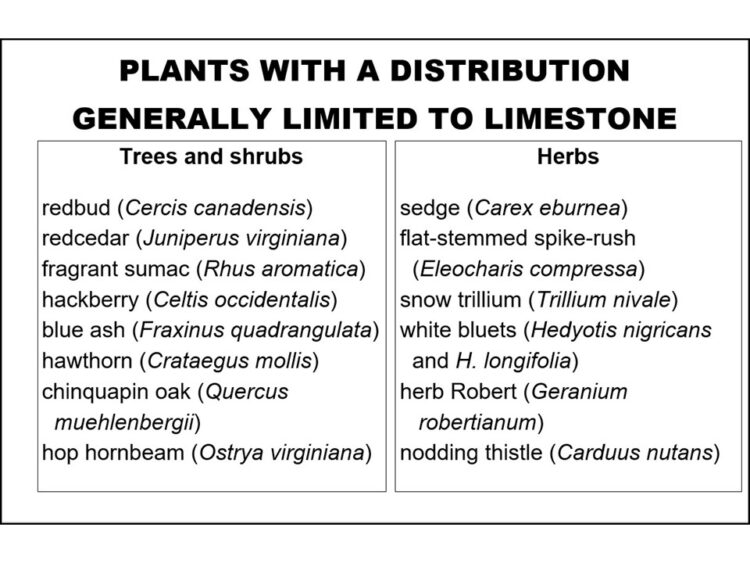