How to recognize hackberry. This is a tree with alternate simple once-serrate leaves that are ovate with long tips and bases that are quite oblique. Somewhat elm-like (it was formerly placed in the elm family), the leaves, like those of elms, are disposed in two rows directly across from one another along the branches, making flattened sprays of foliage. Hackberry differs from elm leaf-wise in having singly, not doubly, serrate. Another big difference is in the fruit (see below). 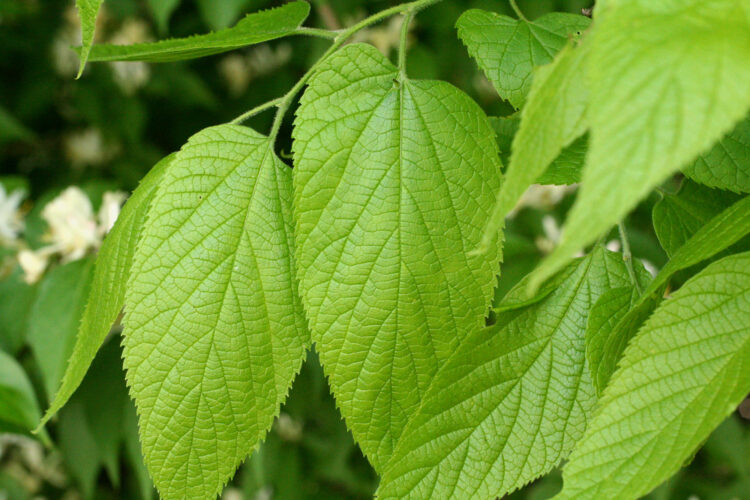 Hackberry leaves are strongly unequal-sided at base.

Flowers and fruits. The flowers of Celtis are produced in drooping clusters borne in the axils of leaves. They are usually unisexual. In the photo below the male flowers are at the top (the base of the drooping cluster) and the females below, at the tip. 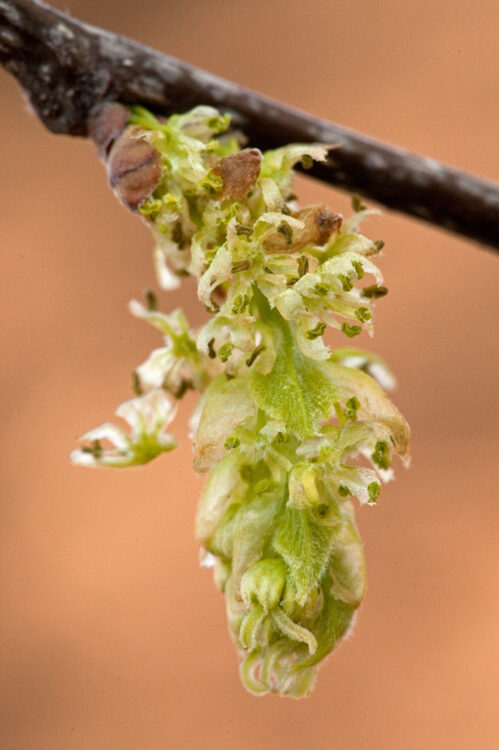 The fruits are pea-sized purple-black drupes with a thin sweet exocarp covering a relatively large pit (single seed surrounded by a bony endocarp). 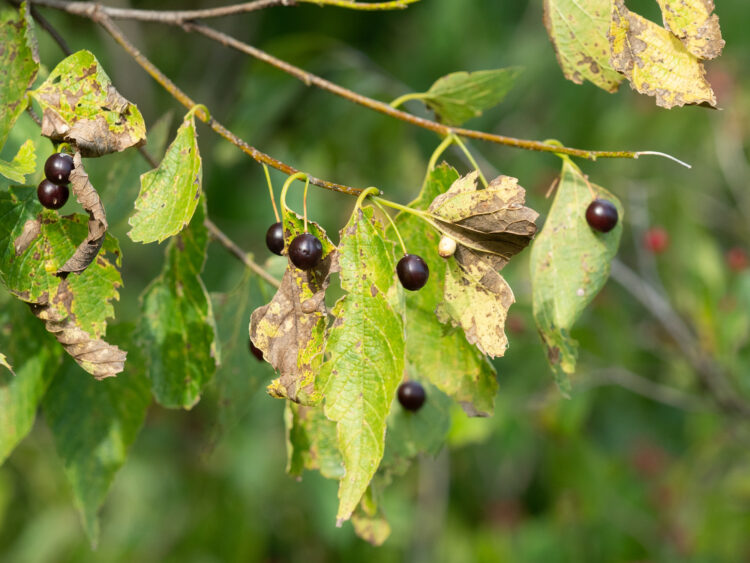 Bark. Hackberry bark is corky-ridged to the max. Absolutely amazing. 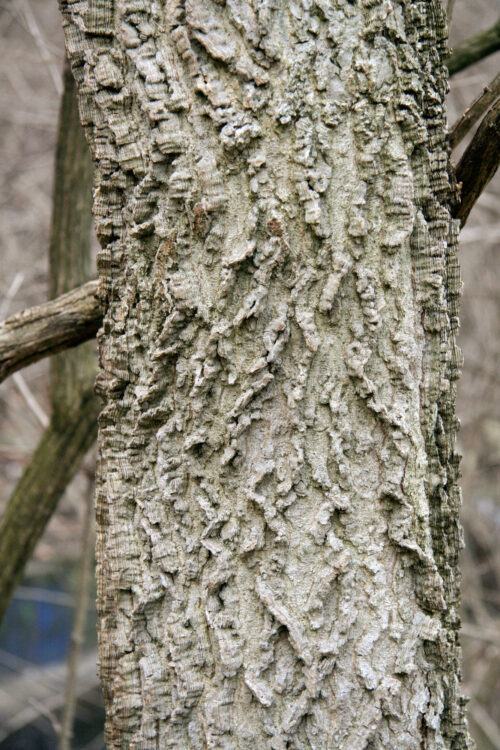 A closeup of the corky-ridged bark is surreal and dreamy. 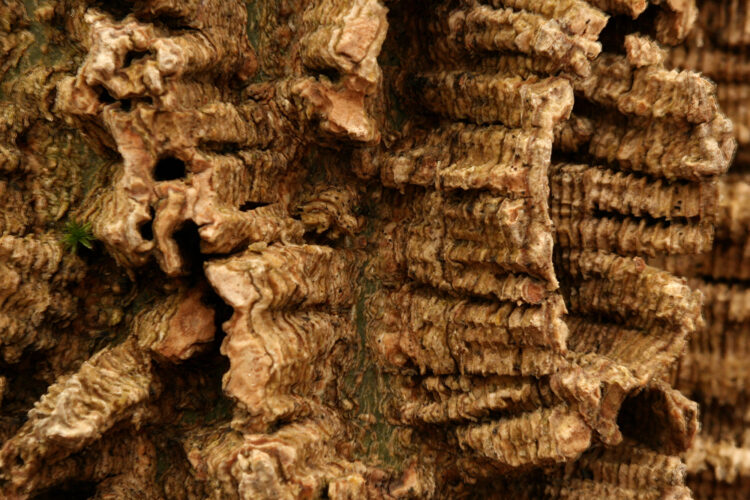 In the winter. Hackberry twigs are slender, with the bud tips closely appressed to the twigs. The pith is closely chambered! 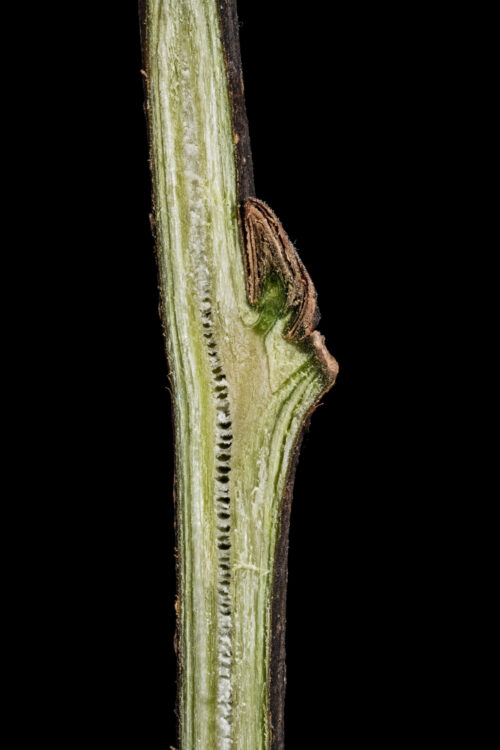 Where to find hackberry. E. Lucy Braun, in The Woody Plants of Ohio (1961, 1989; The Ohio State University Press) tells us that this species is “Ranging over much of the eastern United States except the area of the Hemlock-White Pine Northern Hardwoods, and the southern forests of the Gulf slope, where it is replaced by sugarberry (C. laevigata Willd.). 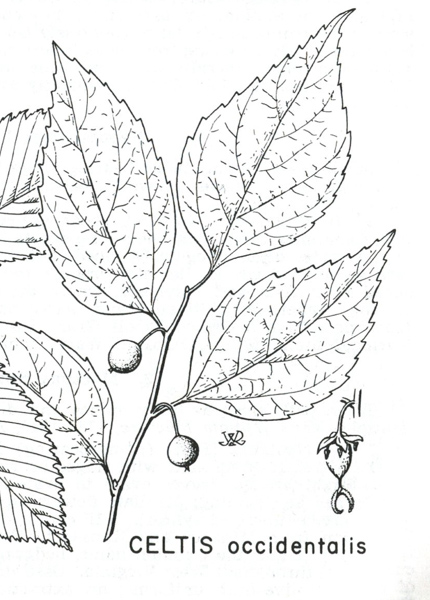 What are those interesting abnormal growths I often see on hackberry–the bumps on the leaves and the clusters of short branches?

Leaf galls are caused by midges (a type of fly). 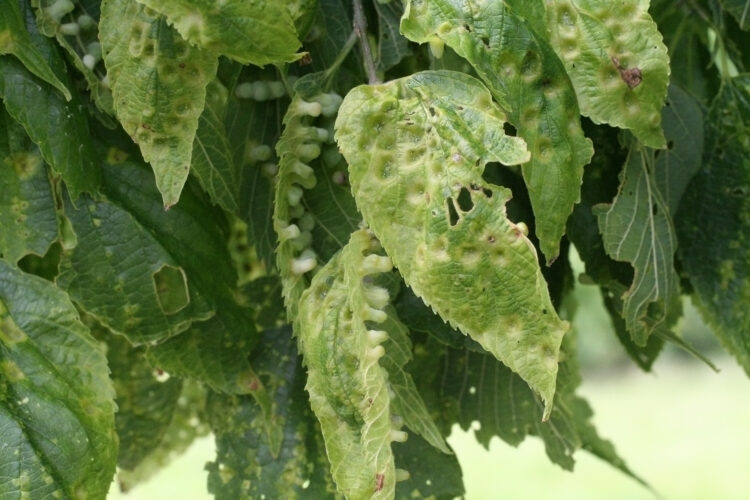 “Witches brooms” are caused by mites. 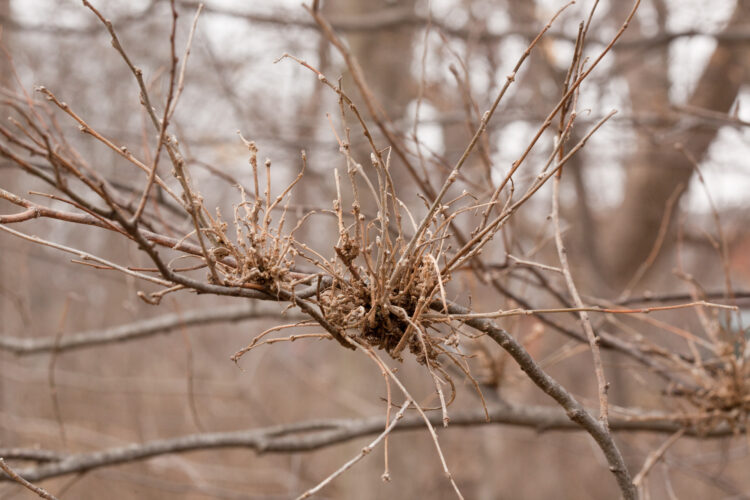