How to recognize bitternut hickory. Bitternut hickory has 7-11 leaflets, bud scales that are leaflike and valvate (meeting at the edges rather than overlapping), bark that doesn’t exfoliate, and thin-husked fruits. 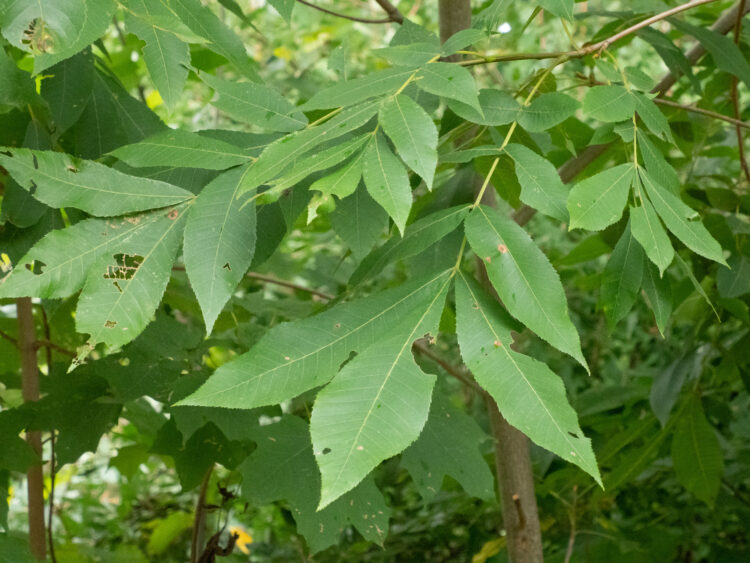 Flowers and fruits. The trees are monoecious (unisexual flowers, both sexes borne on the same trees). The males are presented in branched catkins. The fruits are smooth one-seeded nuts that split open along 4 sutures. 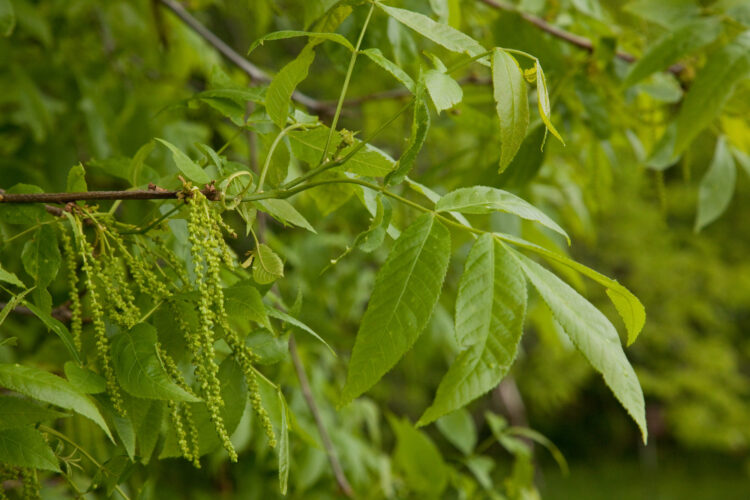 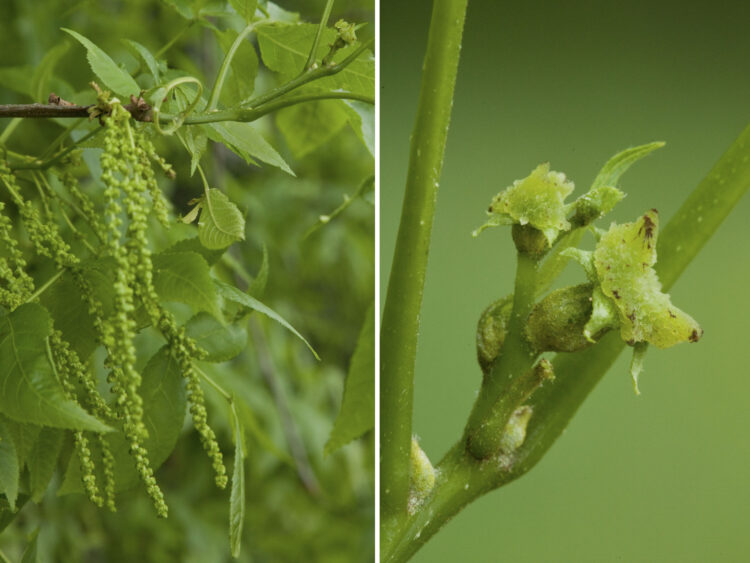 Bitternut hickory fruits are about 1 inch wide, 4-ribbed, and thin-hulled.

In the winter. Bitternut hickory twigs seem to have been touched by Midas! 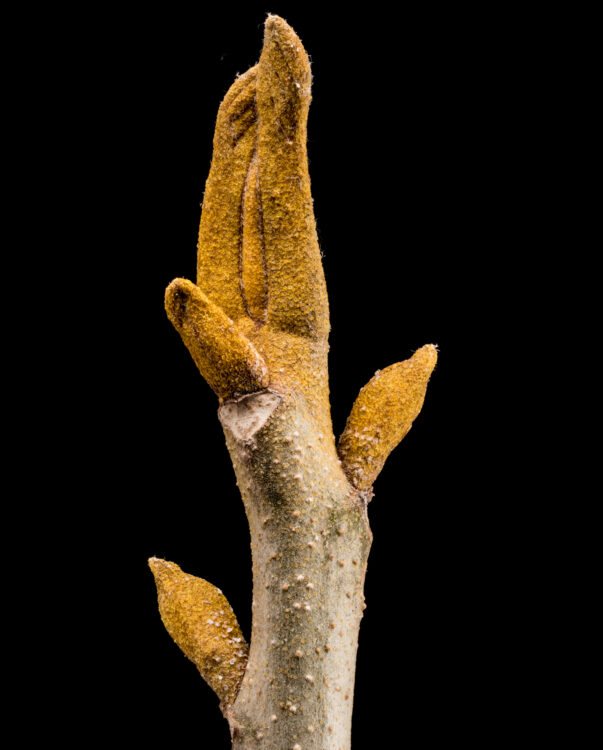 Bitternut hickory has a true terminal bud that appears naked,
and the scales are “valvate,” i.e., paired and meeting at the edges.
Also, oooh…there is the golden color.

Where to find bitternut hickory. E. Lucy Braun, in The Woody Plants of Ohio (1961, 1989; The Ohio State University Press) tells us it “has a wider range than any other hickory, extending farther north and slightly farther west. It is a tree of mesic situations, and general in Ohio.” 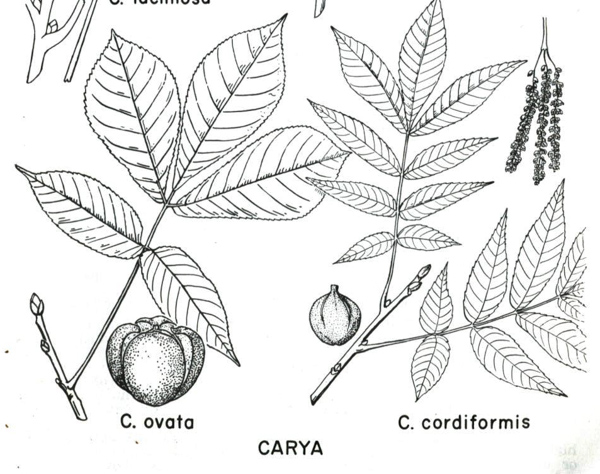 Bitternut hickory is on the right.

What are the two groups of hickories, and what distinguishes them, and what are two examples of each (common names OK).

True hickories such as shagbark hickory and pignut hickory have mostly 5–7 leaflets, and a large egg-shaped terminal bud with overlapping scales.
Pecan hickories such as bitternut hickory and pecan (the latter not quite native in Ohio, but found only a bit farther west) have more than 7 leaflets, and the terminal bud is elongated and flattened with scales that meet edgewise.