How to recognize black walnut.  Look for large, alternately arranged, pinnately compound leaves with leaflets numbering 11-23 (or 10-22, as the terminal leaflet is often reduced or missing). 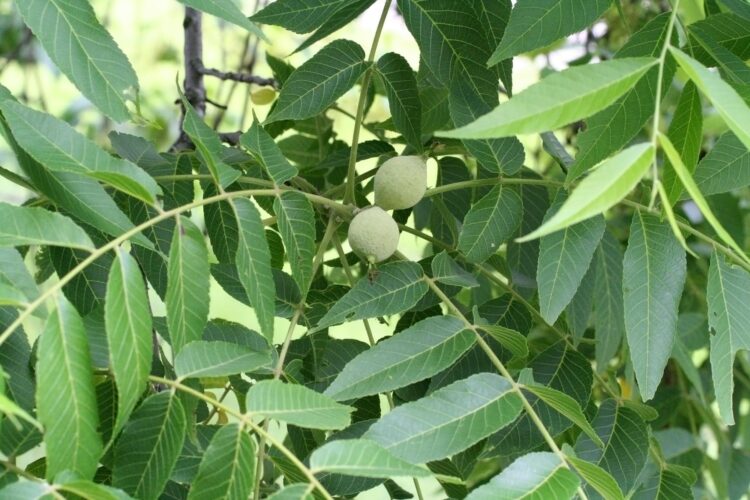 Like many forest trees, black walnut is monoecious, producing  separate wind-pollinated pollen-producing (male) and ovule-producing (female) flowers on the same tree. The males are small and very numerous, borne in drooping elongate catkins, whereas the females are larger and occur in few-flowered clusters. 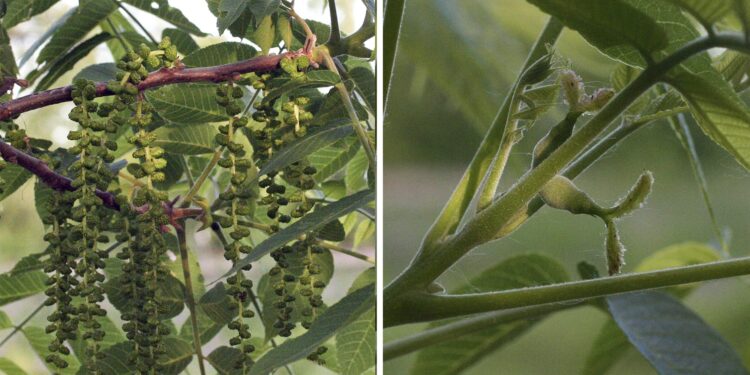 In the winter. Black walnut twigs are stout, with three-lobed leaf scars fancifully resembling monkey faces., and a true terminal but. Inside, they have beautiful chambered pith. 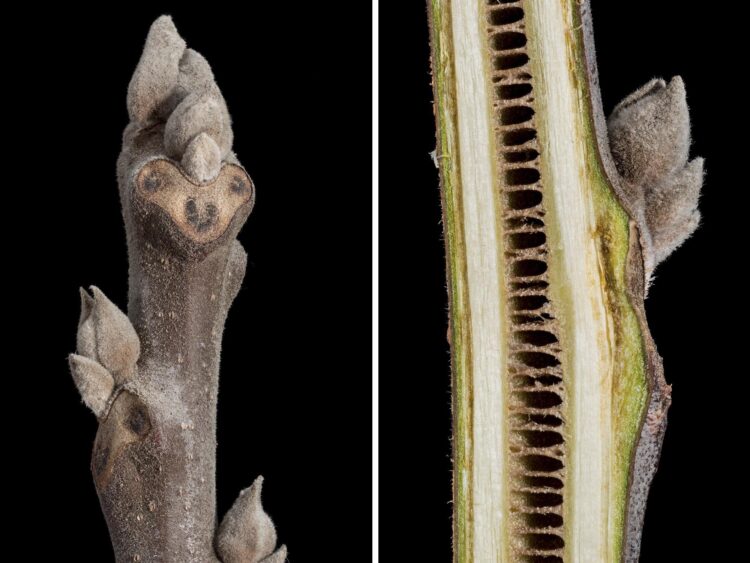 Where to find black walnut. E. Lucy Braun, in The Woody Plants of Ohio (1961, 1989; The Ohio State University Press) tell us that this species “is “A tree of rich soil, almost always present in mixed mesophytic forest communities and frequent on high-level bottomlands.”