How to recognize eastern prickly gooseberry. Gooseberries and currants, i.e., members of the genus Ribes, are our only common prickly shrubs with alternate, palmately lobed leaves. 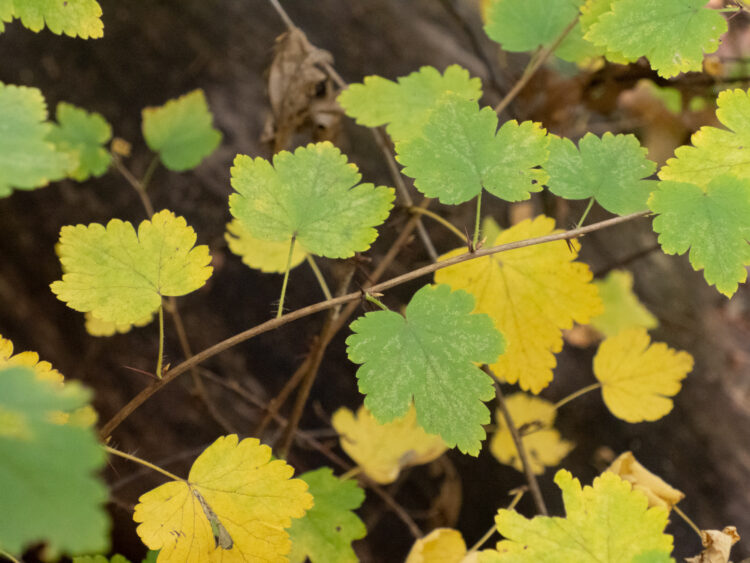 Long prickles are clustered in 3’s at the bases of the leaves. Smaller prickles are sometimes scattered along the internodes. 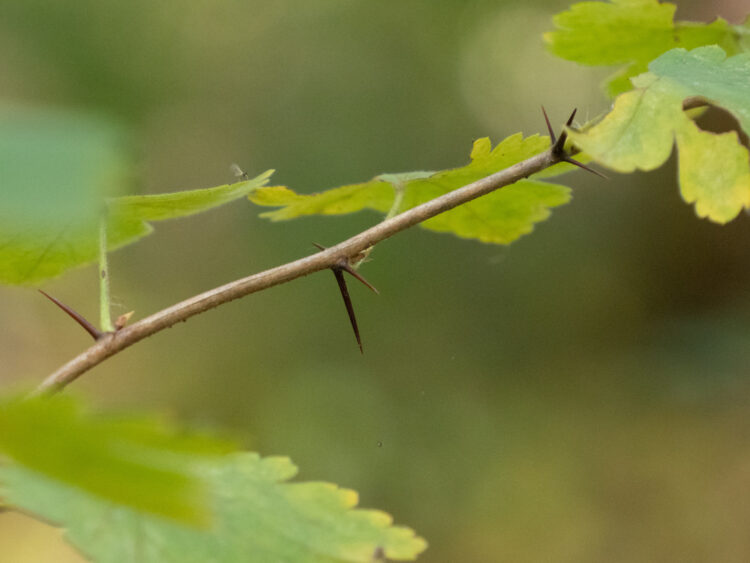 Gooseberry has stout prickles beneath the leaf insertions.

Flowers and fruits. Gooseberry flowers are solitary or in few-flowered clusters. They are 5-parted, with a tubular calyx (sepals) and small petals emerging from the throat of the calyx-tube. 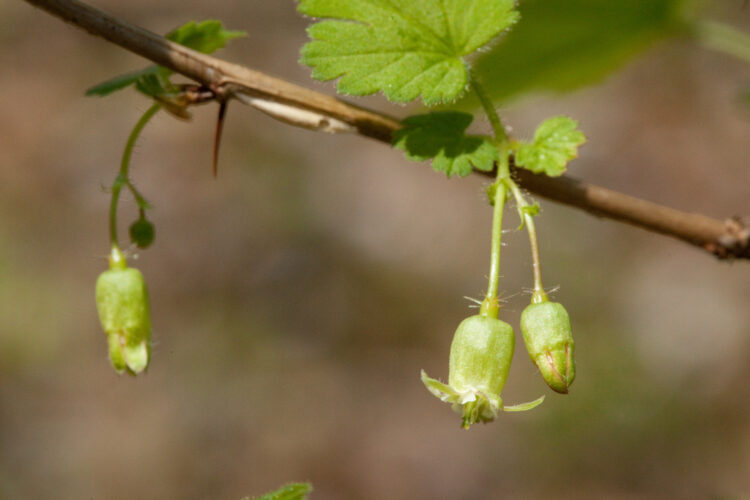 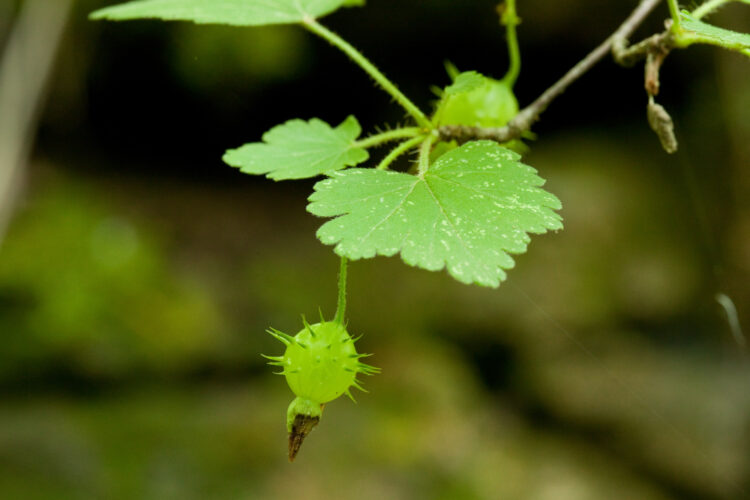 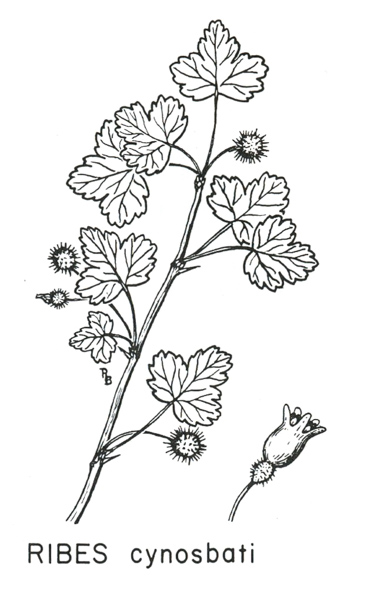 I have a good idea! Let’s plant gooseberries under the white pines. Then we could have two crops: berries and lumber! Good idea, eh?

Actually it is a non-good (a.k.a. bad) idea, because currants and gooseberries serve as an alternate host for the fungus that causes white pine blister rust, a disease that kills 5-needled pine trees.