How to recognize southern arrowwood. As a typical member of its family, the Adoxaceae, this is an opposite-leaved shrub. The leaves are unlobed (a nice way to distinguish it from maple-leaf viburnum), but they are coarsely serrate (a nice way to distinguish it from blackhaw). These coarsely toothed viburnums comprise a confusing mix of species and varieties sometimes called the “Viburnum dentatum complex,” its members distinguished mainly by the degree and distribution of pubescence (hairs) on the leafstalks, leaves, and inflorescence. The pubescent leafstalks of the the plants at Stratford suggest they represent V. dentatum, a determination supported by range maps of that apparently common species. 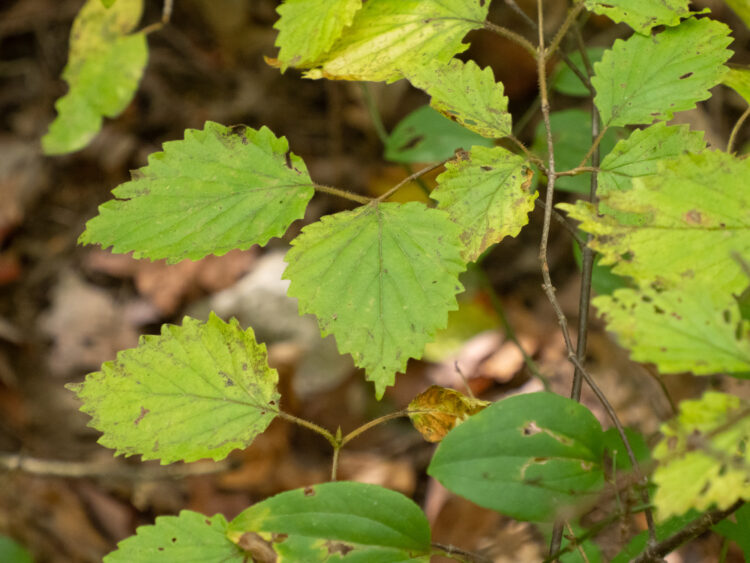 Flower and fruits. The flowers are small and numerous, in compound branched clusters called “cymes.” The showy parts of each flower are the 5 fused petals and 5 stamens. The example below is, judging by the glabrous leafstalks, northern arrowwood, Viburnum recognitum (another member of the Viburnum dentatum complex). 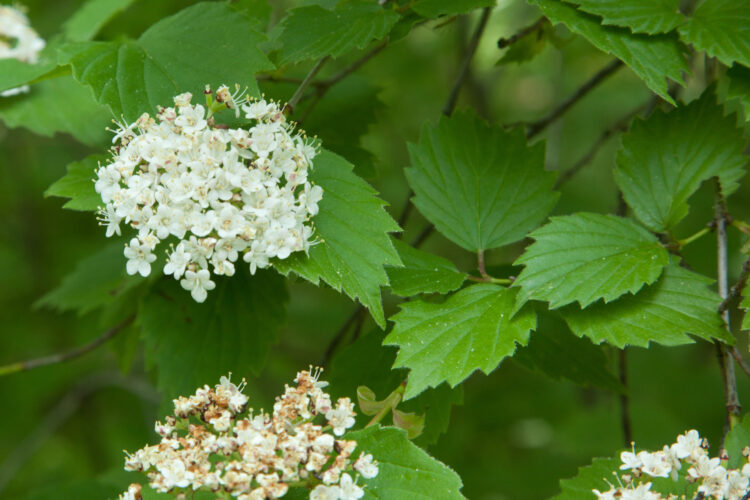 The fruits are drupes. Blue-black at maturity, the ones shown below are immature. 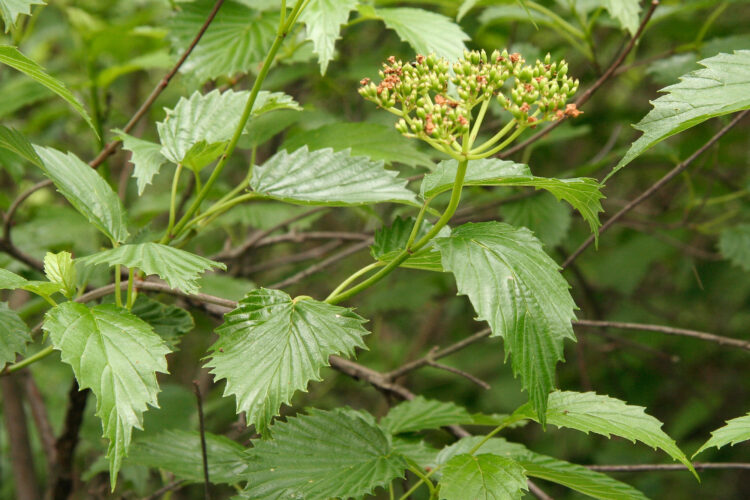 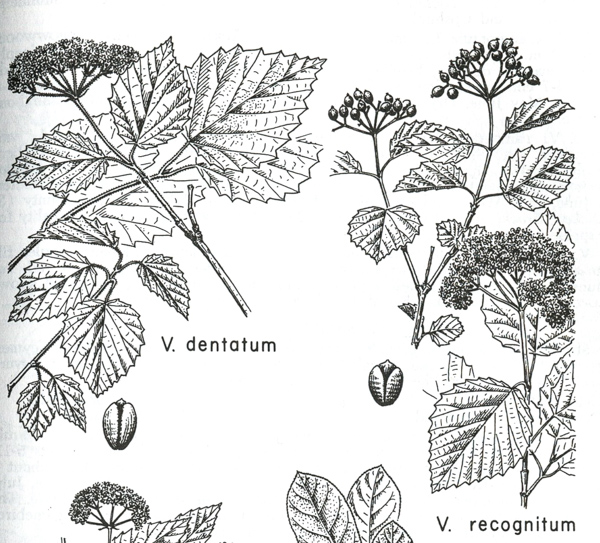 I sometimes see baby boomer botanists (BBBs?) saying “MADCAP HORSE” with a tinge of sadness in their voice. What are they talking about, and why the sadness?

This was a memory clue they learned for woody plants with opposite leaves: Maple, Ash, Dogwood, members of the shrub family Caprifoliaceae, and Horse-chestnut (the family that includes the buckeyes). The tinge of sadness is that the memory clue simply doesn’t work anymore because the viburnums, which were then considered to be members of the Caprifoliaceae (along with honeysuckles) are, alas, now in a different family. MADCAPADOX HORSE doesn’t seem to work. Sigh.