How to recognize American elm. Elms have leaves that are alternately arranged, simple in complexity, and are doubly serrate, meaning that the leaf margins have both small teeth and large teeth. (The teeth have teeth, basically.) They are somewhat scratchy above, although not quite as scratchy as are the leaves of red elm (Ulmus rubra). 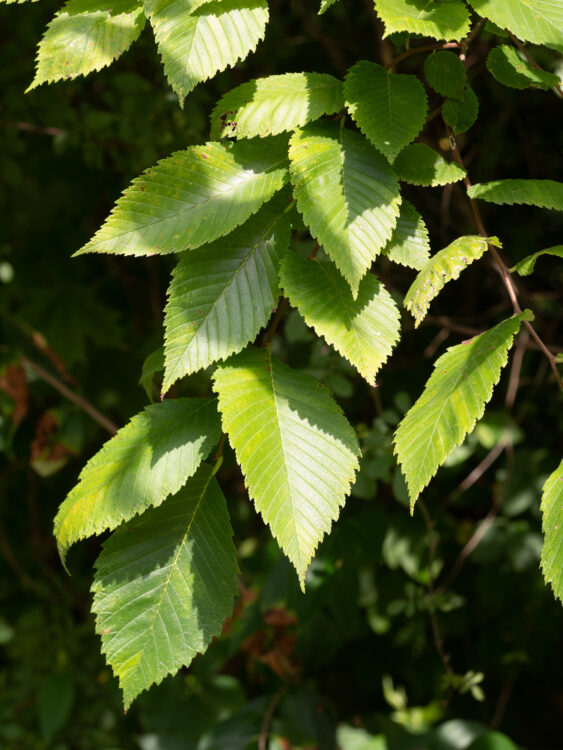 The shape of open-grown American elms is distinctive. It has been described as “a wine glass, a feather duster, or a colonial lady upside-down.” 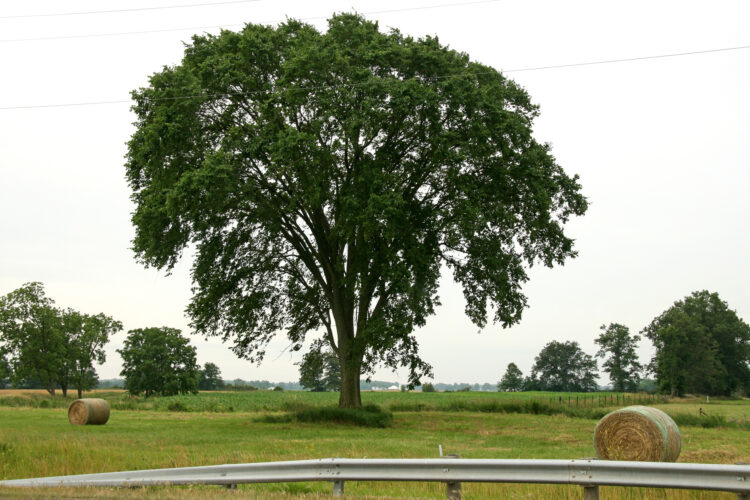 Flowers and fruits. The flowers of American elm are perfect (i.e., having both stamens and a pistil) but are “incomplete” in that they are missing something. In this case, as befits a wind-pollinated plant, there are no petals. 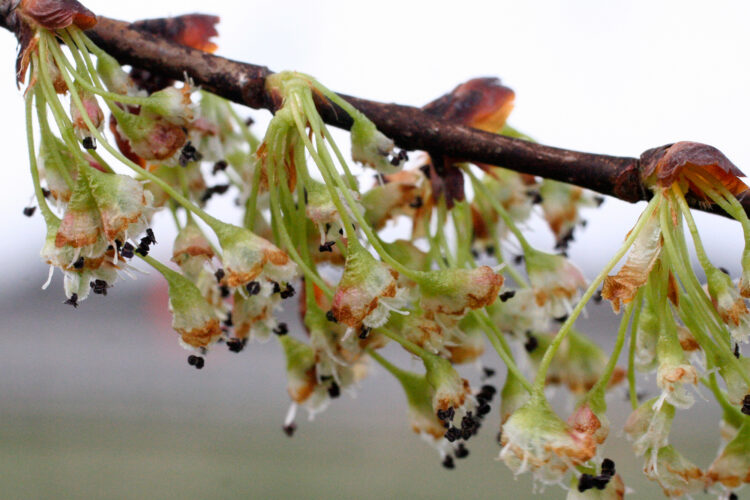 The fruits are coin-shaped samaras–single-seeded and winged for wind dispersal. 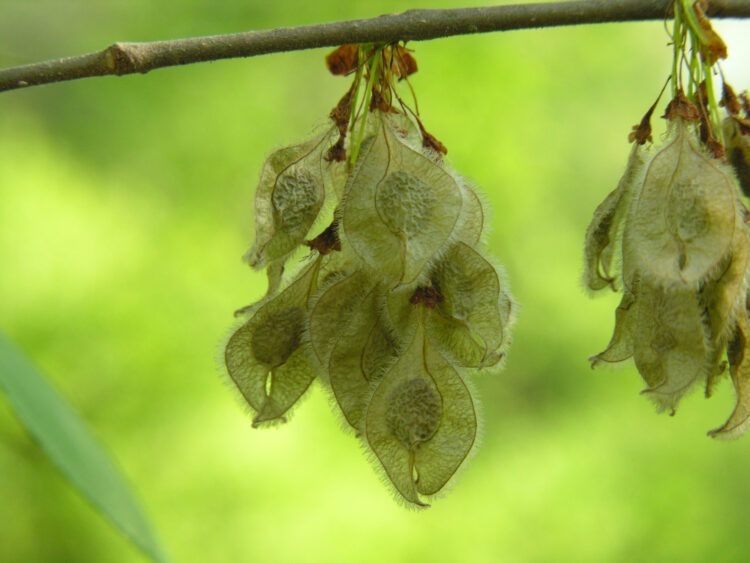 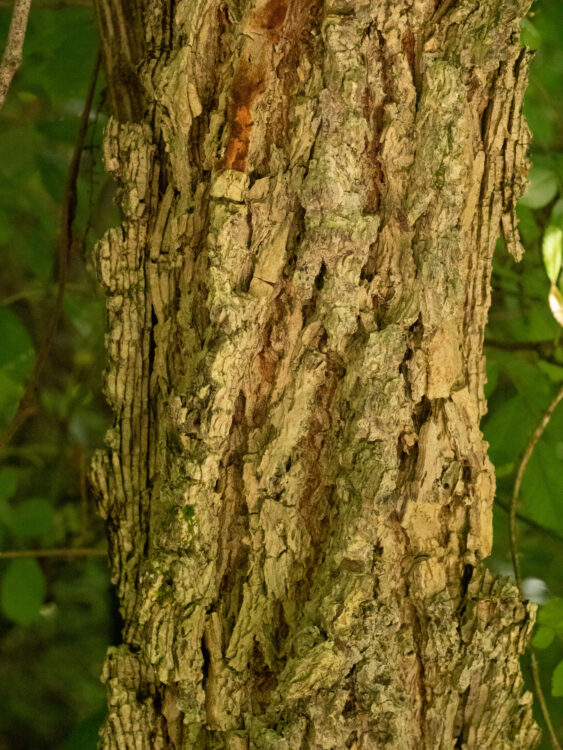 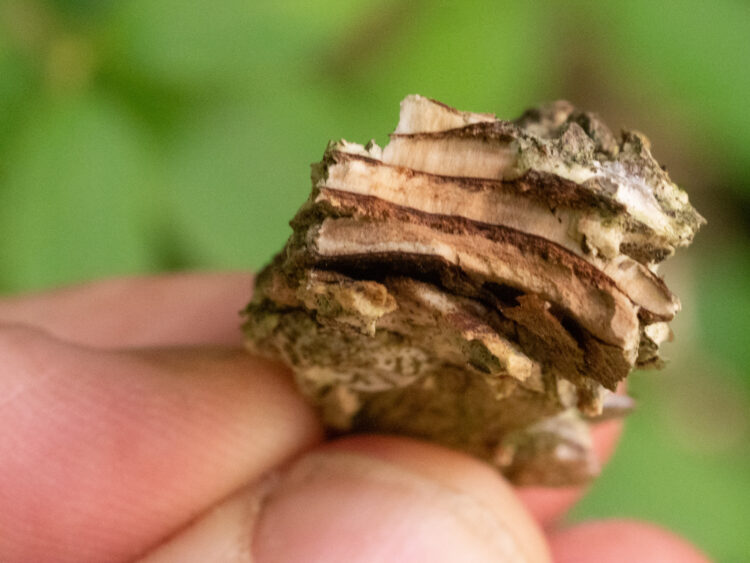 Where to find American elm.   E. Lucy Braun, in The Woody Plants of Ohio (1961, 1989; The Ohio State University Press) tells us that American elm is “Found in a variety of sites: frequent on alluvial bottomlands and along ravines, and sometimes a constituent of mesic woodlands northward. Often an early invader of cleared land and slumped banks, but not usually persisting on dry sites. Attacked by the Dutch elm disease and phloem necrosis which have killed large numbers of trees”

Scanned Drawing from an Old Book
Flora of West Virginia, by P.D. Strausbaugh and E.L. Core 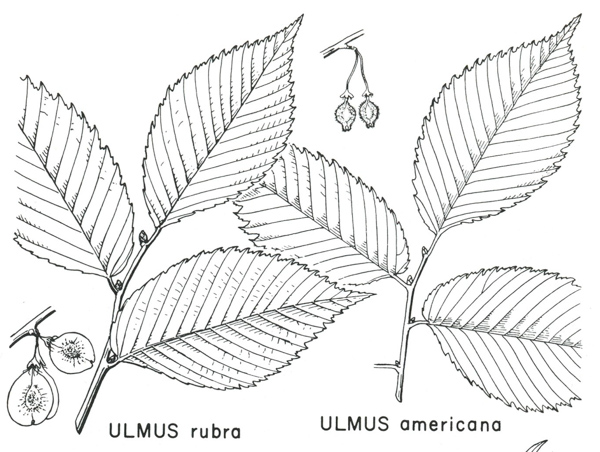 American elm is on the right.

What is that centipede-like pattern on the bark-free dead elm trunk, and how is it significant? 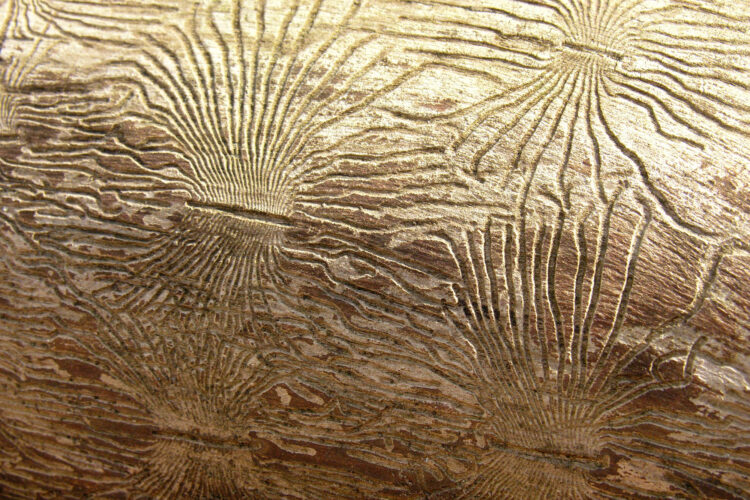 These are galleries of an elm bark beetle. The larger central channel was made by the egg-laying female, and the numerous smaller side channels were made by her offspring that eventually emerged. The beetles spread an introduced vascular tissue-blocking fungus that causes a lethal condition known as Dutch elm disease.